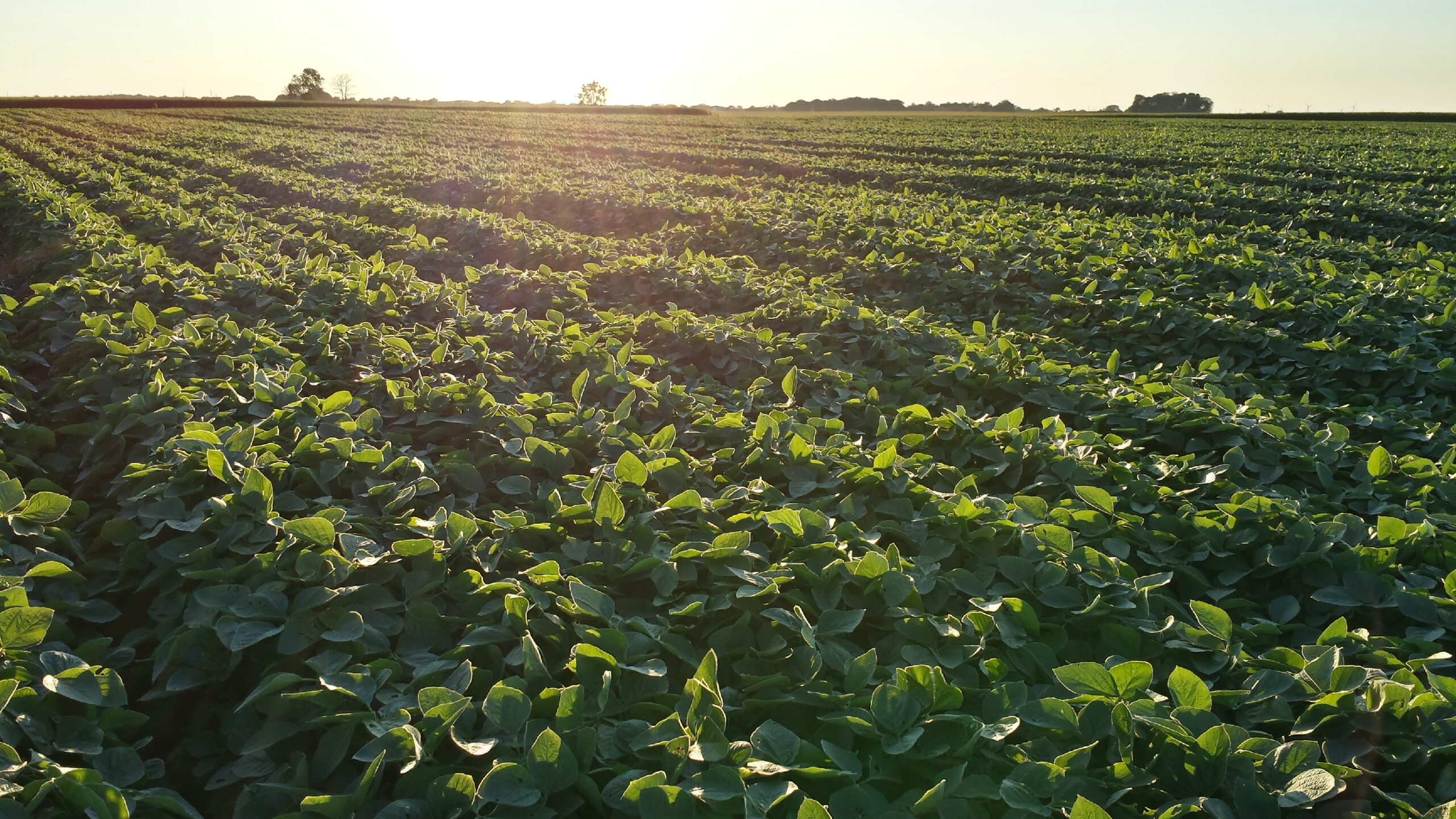 by Brent A. Gloy and David Widmar

One of the most important decisions many American farmers will make this year is what crop to grow. For most in the Cornbelt that choice primarily comes down to how they allocate acres to corn and soybeans. A while back we looked at how corn plantings had changed around the country. We decided that we ought to give soybeans their due, so this post looks at how soybean acreage has shifted across the U.S. in the last decade.

Expected crop prices and yields are the primary drivers behind how producers will allocate their acres. While grain prices improved after fall harvest they have since settled lower, returning to the levels used in the initial 2015 Purdue Crop Budget. These price levels, if realized with budgeted yields, would produce substantial economic losses. For instance, a 50/50 corn soybean rotation in the Purdue budget produces an expected economic loss of nearly $150 per acre. These prices are clearly telling us that fewer acres of both crops are needed, particularly corn.

When we compared the average plantings of corn in the 2000-2004 period versus the 2010-2014 period, total corn plantings increased by roughly 14 million acres or 18%. Of this increase, 64% – or 9 million acres – came from the nine largest corn producing states. It was noticeable how North Dakota and the Southern states made large percentage increases in corn plantings.

What about soybean acres?

So if corn acres expanded this much during that time period what happened to soybean acres? Many initial reactions were to think that soybean acres likely fell across the U.S. We were a bit surprised to find that over the same period of time, soybean plantings in the U.S. increased by 3.8 million acres, or 5%. So when thinking about the changes that have taken place it is important to realize that soybean acres have increased as well, just not at nearly as fast a rate.

Figure 1 shows U.S. plantings of corn and soybeans over this time period. There are a couple of important things to note about the chart. First, as we pointed out in the previous paragraph, the acreage devoted to both crops has generally increased over this time period, but this has by no means occurred in a linear fashion. Over the entire period shown, corn acreage increased versus the previous year in 8 years, soybeans increased 6 of the years, both increased in 3 years, and both decreased in 3 years.

There was, however, one large exception to the general increase over time that probably needs an explanation. In 2007, U.S. farmers made a large shift to corn acres that clearly coincided with a dramatic reduction in soybean plantings.

This shift occurred with one of the first large jumps in commodity prices. The Purdue budget for 2006 showed corn prices at $2.31 per bushel and by 2007 they were at $3.50. At the same time, soybean prices increased from $5.84 to $7.65. While both increases were dramatic, the 2007 soybean and corn price combination (with soybeans at only 2.06 times corn prices) was quite favorable to corn production over soybean production.

Figure 2 shows the soybean to corn price ratio in the Purdue pre-plant budgets from 2001 to 2014. After the large shift in acres in 2007, the acreage swings started to moderate. The 2008 budget showed an even higher expected corn price ($5.00/bu), but corn plantings declined. This was in part due to an even more rapid rise in soybean prices (to $12.50/bu) and (one would expect) increases in the prices of other competing crops. This produced a soybean to corn price ratio of 2.48 and soybeans regained significant acreage. Again, last year as soybean prices reached roughly 2.5 times corn prices, soybeans gained ground on corn acres. However, it is important to point out that this ratio is by no means a perfect indicator of gains/losses in corn and soybean acres. For instance in 2002 and 2005 the ratio was 2.57 and 2.46 and corn acres increased while soybean acres decreased.

It is also important to remember that the soybean/corn ratio depends very importantly on the relative yields of soybean to corn and this varies throughout the Cornbelt and even within states that are major producers of these commodities. Figure 3 shows how soybean plantings have changed in the 24 largest soybean producing states. These states account for 98% of soybean acreage.

Increases in the acres of soybean planted in a county is show in green, while decreases are shown in red. Each dot represents a change of 5,000 acres. While the changes in soybean acres by state is insightful, it’s important to note that the changes did not occur uniformly across a given state. For instance, most of the additional soybean acres came from the Central Kansas, Eastern North Dakota, and along the Mississippi River.

So when one thinks about how farmers might shift acres this year, a couple of important points emerge. In Iowa and Illinois the debate is likely largely about corn and soybeans. Perhaps this is also the case in places like Minnesota and Northern Indiana. However, in the other states and regions the debate will also likely involve other crops as well. Many of these states on the right half of the chart (Figure 3) have substituted more corn and more soybeans at the expense of other crops.

Will today’s lower prices trigger these states to bring other crops back into the mix? Further, if they don’t, is the soybean price relative to corn price high enough to continue the shift away from corn acres? At present the soybean/corn price ratio is roughly 2.31. In our opinion this level by itself is neither high enough nor low enough by itself to clearly indicate large acreage swings amongst corn and soybeans, but appears to slightly favor soybeans to again gain ground on soybeans. However, the overall low level of prices in general may make other crops more attractive in other states on the periphery of the Cornbelt. This may likely have the biggest impact on the overall plantings. We will know shortly.