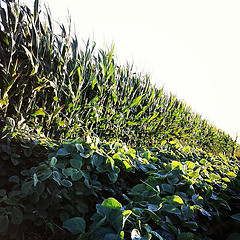 As fall harvest begins attention will start to focus on 2016. Early glimpses of what next spring might have in store are beginning to emerge. While a lot can (and likely will) change before planters head to the fields, 2016 is shaping up to be less favorable to soybean production. To examine further, we looked at the latest Purdue University crop budget estimates.

Price dynamics are often captured by the soybean to corn price ratio, shown in figure 1. As would be expected, an 11% drop in soybean prices and 3% decline in corn prices results in a ratio that is less favorable for soybeans. The current price ratio is for soybeans 2.21 times the price of corn, well below the period average of 2.35. The ratio in 2015 was 2.41. 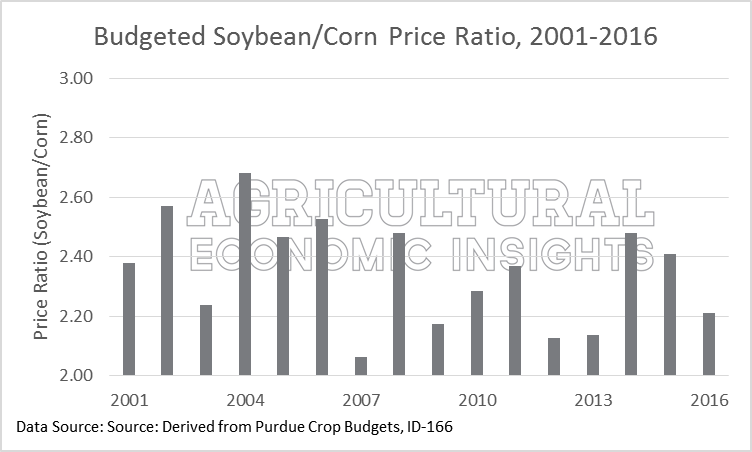 While commodity prices drive revenue expectations, costs should also be considered. The contribution margin represents what is left after all variable expenses (seed, fertilizer, crop protection, etc.) are paid. Contribution margins measure what is available to cover fixed expenses (such as land, machinery, labor, & family living) and generate an economic profit. 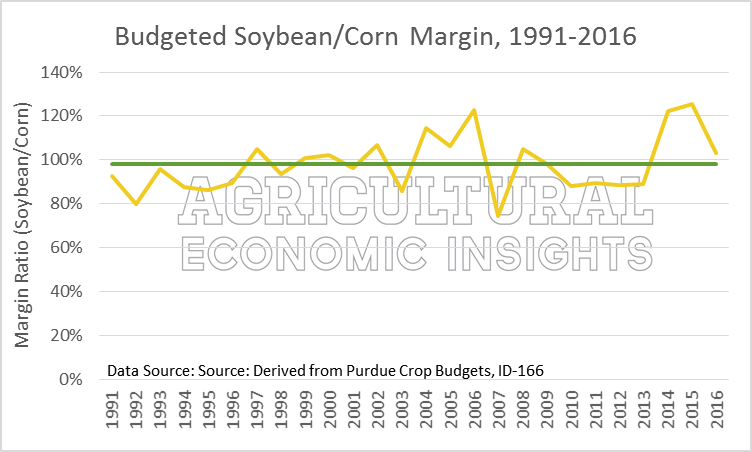 While much attention will be given to the overall low commodity prices, the relationship of corn and soybeans prices will be important to monitor heading into the spring. Currently, the soybean to corn price ratio is low and would signal a favor to corn. However, the contribution margin for soybeans is slightly higher than corn and, in relative measures, slightly above the long-run average. At this point, it appears the trade-off between corn and soybeans is about equal. However these conditions will likely shift.

Headed into the winter and spring, the market and producers will carefully monitor these trends. Input prices, especially fertilizer, will also play an important role into how significant a crops financial advantage might be in 2016. Producers that can aggressively reduce their costs in 2016 will likely find corn more attractive for their operation.

It is important to keep in mind, however, that estimated contribution margins for both corn and soybeans are not high enough to generate economic profits in 2016. Budgeted land cash rents are $213 per acre alone; the contribution margins of both crops ($198 for corn and $204 for corn) will be short of covering the full economic cost of land, machinery ownership, labor, and family living. Cost reduction will again be important in 2016.