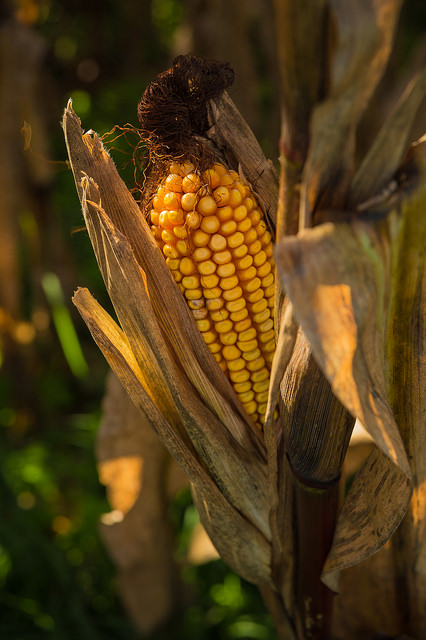 The Farm Economy Takes another Step in the “Big Adjustment”

1) The down-trend continues. As 2015 began, farm sector profits continued to fall and the downturn actually starts to look a bit epic in nature, with declines of historic magnitudes. It’s a good thing we headed into this downturn in great financial shape. Further, while the year began with crop producers feeling the impact of lower prices, by the end of the year livestock prices had fallen as well and bankers started to talk about financial challenges in farm country.  Most farm magazines seemed to run story after story about adjusting to falling incomes.

2) Farmland values start to decline. Last year we argued that 2014 would go down as the year when farmland prices stopped shooting higher. That certainly seemed true for 2015.  The stories of all-time high prices are now few and far between and most data suggest that that prices are actually softening anywhere from a lot to a little.  Our view is that fundamentals certainly don’t support prices or rents going up from here.

3) Credit demand up, but conditions stay strong so far. As incomes fell the demand for credit in agriculture increased substantially.  The good news is that there appears to be plenty of credit available and on balance most borrowers remain in relatively good financial condition. Currently, delinquencies are low.  Whether this holds going forward will likely be one of the top stories of 2016.

4) Acreage decisions. With budgets under much more scrutiny, and coming off record corn and soybean crops it was an open question as to how producers might allocate their acreages in 2015. Given price relationships that were pretty close to last year, most stood pat.  As a result, corn acres fell slightly from 2014 to 88 million acres, leaving us well below the 2012 peak of 97 million acres. On the other hand soybeans were virtually unchanged from 2014’s record planting of 84 million acres.

5) Different areas produce top yields, but the end result is the same.  Coming on the back of record production many wondered whether we could possibly grow another big crop in 2015, and the obvious answer was yes. Despite some early worries about too much rain, 2015 was apparently another very good year for corn and soybean production in the U.S.  While areas in the Southern Corn Belt had tremendous production in 2014, this year it was the North’s turn. The end result was a national corn yield just below last year and a record large national soybean yield.

6) El Nino arrives. While El Nino was predicted but never came in 2014, it showed up in 2015. As a result the Great Plains were wet and drought continued to grip California and the West through the summer. As we noted, El Nino is no guarantee of record corn or soybean yields, but this year it delivered.

7) Challenges spill into livestock markets: Several years of high livestock prices and better weather led to a rebuilding of the U.S. cattle herd.  Then livestock prices tumbled  – with days of limit down price moves reminding us just how much price risk is present in agriculture.  Live cattle futures prices traded $30 per cwt lower by the end of the year.

8) Avian Flu: In 2014 the big animal health story was was PEDv in hogs.  In 2015 it was Avian Flu in chickens and turkeys.  Egg prices and thanksgiving turkeys were pricier in 2015 as a result.

10) Dow and DuPont to merge. After much speculation, Dow and DuPont announced in early December they would merge. As part of the merger, the combined company plans to eventually split into three companies. One of these would focus on agriculture.

11) Syngenta gives Monsanto the Heisman stiff-arm … three times. Monsanto tried it’s best to court Syngenta in 2015. There was the initial offer in early May, the second offer in June, and the third offer in August; all of which were declined. Syngenta would get and decline another offer in November from the state-owned China National Chemical Corp.

12) Hits keep coming for biotech. Dow found out this year that getting approval for a new solution to stubborn weeds is becoming very difficult. After getting initial approval in 2014 and expanded approval in early 2015, the EPA announced in November is was seeking to overturn their previous approval of Dow’s Enlist Duo herbicide, a 2,4-D and glyphosate product. Dow still expects the product will be available in 2016.

13) Finally a decision on biofuels. In May, the EPA released it’s preliminary decision of proposed targets for biofuel mandates for 2014-2016. The targets were below what Congress called for in 2007 and well below what the agricultural sector hoped for. In November the final decision was released at levels higher than proposed in May, but still behind Congress’s 2007 levels.

14) The Farm Bill becomes reality. It was a complicated farm program, but after lots of meetings and runs with online decision tools the farm bill decision was a landslide.   For most commodities farmers went for ARC-CO in a big way.   As payment time neared, farmers started looking at their county yields and calculating payments. Some found out that county yields were too high for payments, while others were set to receive large payments.  As if the program wasn’t complicated enough, we found out that payments would be impacted by sequestration.

16) Interest rates stay low. The Federal Reserve has been carefully watching the economy and trying to determine the appropriate time to raise interest rates. June looked promising but came and went. Now all eyes are on a December rate increase.  We looked at what higher rates might mean for farmers and concluded that in the short-run they probably won’t have much impact.

17) Dollar continues to strengthen. The Dollar began its upward swing in 2014 and continued the trend through 2015. Several articles have noted the negative relationship between the strong dollar and U.S. ag commodity exports.

18) Oil takes the big plunge. A big story for 2015 was the fall in oil prices. After trading the first half of the year in the $54 to $65 dollar per barrel range, the price of West Texas Intermediate Crude (Jan 2016) plunged into the $40s and now is trading around $35 per barrel. Strong production has created inflation-adjusted energy prices considerably lower than recent highs.

19) China woes. The world held its breath as Chinese economic woes began to come to the surface. In late August, China’s stock market crashed erased more than $1 trillion in equity values and sent the primary stock index down 22% in just four days. While the stock market fears have subsided since late Summer, the full impacts of a slowdown in the Chinese economy will take time to fully realize, especially in the agricultural markets China relies heavily on imports for.

20) More turmoil and terrorism. The world remains in turmoil.  Terrorist attacks in Paris. A refugee crisis in Syria.  A Russian airline is bombed. Turkey shoots down a Russian fighter jet.  And so on.  Unfortunately, the world remains a dangerous place.

Well that’s it.  We actually held it to 20 this year.  Overall 2015 was certainly an interesting and sometimes challenging year for much of the agricultural sector.  There were clearly some things we could have included like falling used equipment values, stubbornly high cash rents, the new climate agreement, the faltering world economy, and others, but we can save all that for 2016.  We will conclude with the AEI “Agricultural Buzz Word” of 2015.  “Buzz” is a bit of a pun this year:

How Did Your County Do? Changes in…

A Review of the 9 Questions Production…