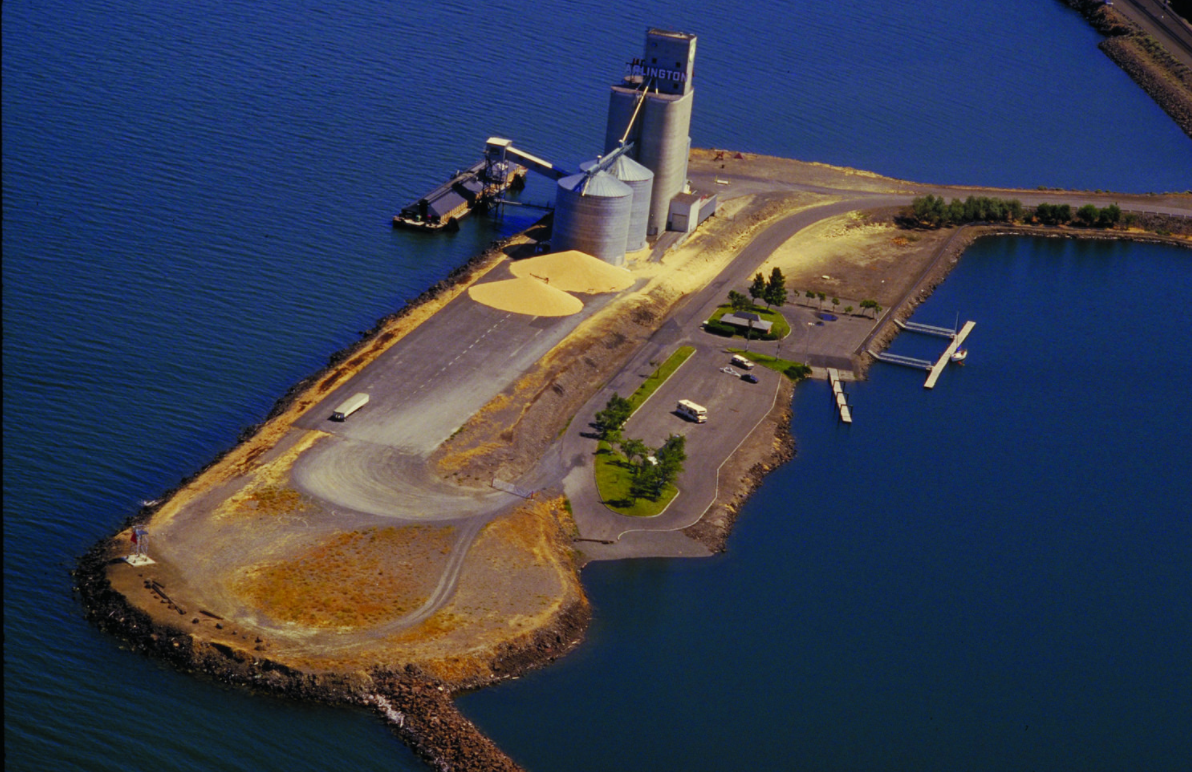 From the agricultural commodity markets to the Presidential debates, exports have been top-of-mind for many in 2016. Specifically within agriculture, a stronger U.S. dollar combined with building inventories of corn, wheat, and soybean in the U.S. has put significant attention on exports. For this week’s post we take a step-back and look at the high-level tends in U.S. ag exports.

After the 1980s, total ag exports recovered and leveled-off around $80 billion dollars annually through 2005. In 2005, ag exports began to surge and by 2014 would peak at $155 billion. Total ag exports nearly doubled in just 9 years. Similar to agricultural boom-era in the 1970s, growth in ag exports were an important – and often overlooked- element of the most recent boom in production agriculture.

What’s causing the recent decline in ag exports? A couple of thoughts. First, the overall value of agricultural exports, especially bulk commodities, has declined as commodity prices have decreased. Second, strengthening of the U.S. dollar since 2014 has made U.S. ag products –relative to other countries- more expensive. 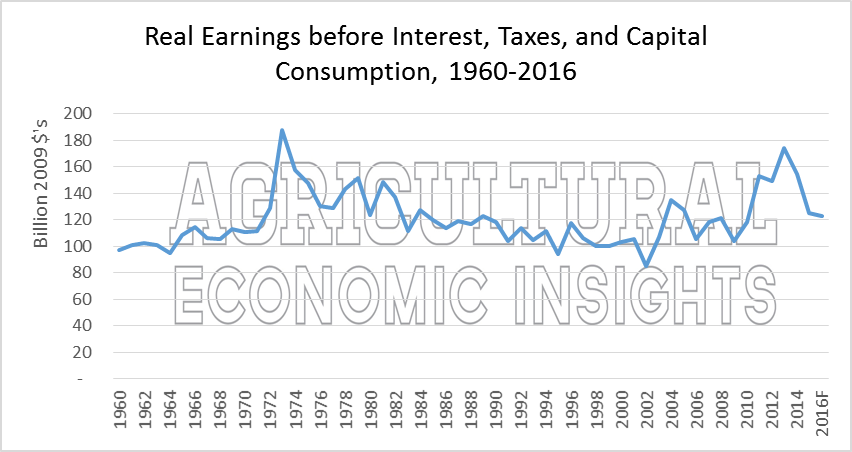 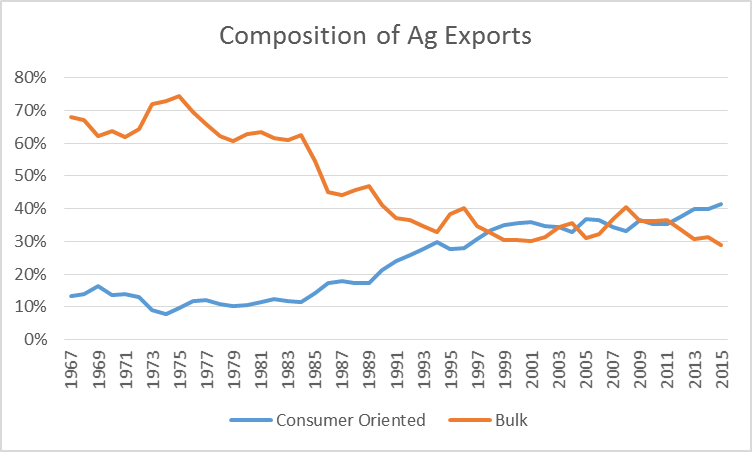 Even though bulk exports, measured as a share of the value of farm-level production, increased in recent years, they did not reach level observed in the 1970s. In our opinions, this is one of the important difference between the recent agricultural boom and the boom/bust of the 1970/1980s. 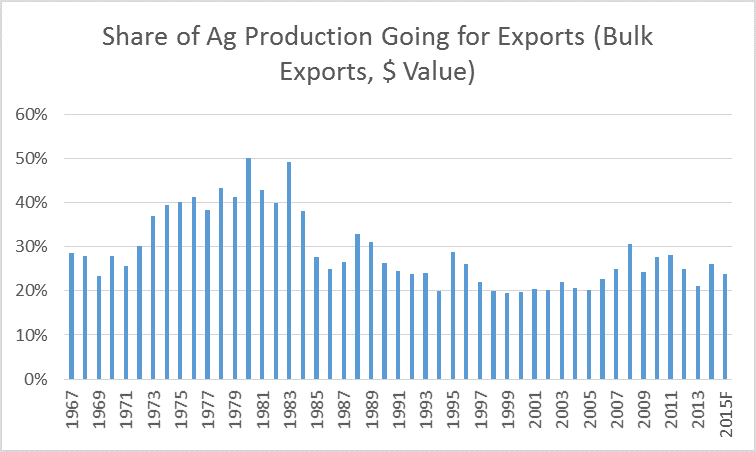 It’s also important to also consider where U.S. ag exports are sold. In 2015, the three largest purchasers of U.S. ag exports were Canada (16%), China (15%), and Mexico (13%). Collectively, these three counties accounted for 44% of all US ag exports.

The most dramatic change occurred with China (orange). While China accounted for 15% of all U.S. exports in 2015, prior to 2002 exports to China never exceeded 5% of total. China – a large ag trade partner in recent years– is relatively new to the scene. 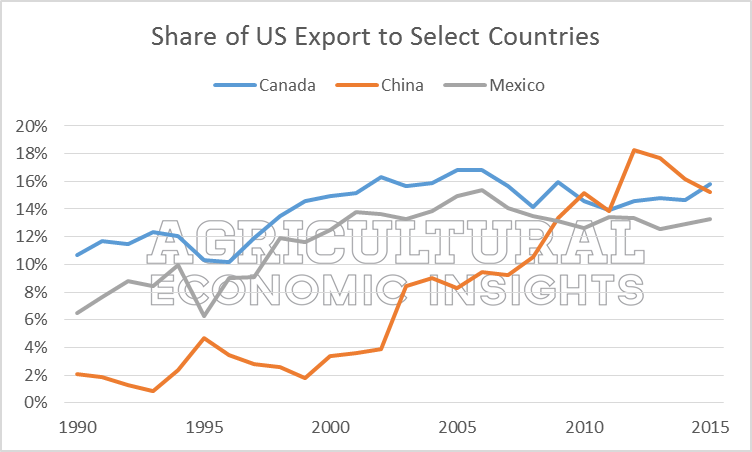 U.S. ag exports have, and continue to be, important to the U.S agricultural economy. However, it’s important to note that the specific role of exports has changed over time. Bulk export account for a smaller share of total ag exports today while consumer oriented products account for a larger share. Also, the three nations purchasing the most ag exports today (Canada, China, and Mexico) accounted for less than half of their current market share just 25 years ago. Further to that point, China is a relative newcomer to the game.

An increase and decrease in the value of ag exports was an important feature of the boom and bust era of the 1970s and 1980s. It’s also important to recognize that an expansion in exports was also a part of the recent boom in the farm economy.

Finally, trade has been featured significantly during the 2016 election cycle. While the verdict it still out, the tone and direction of U.S. trade policies will be important to watch and monitor in the coming years. This would be especially critical if relations with one – or more – of the top ag export markets turn sour.