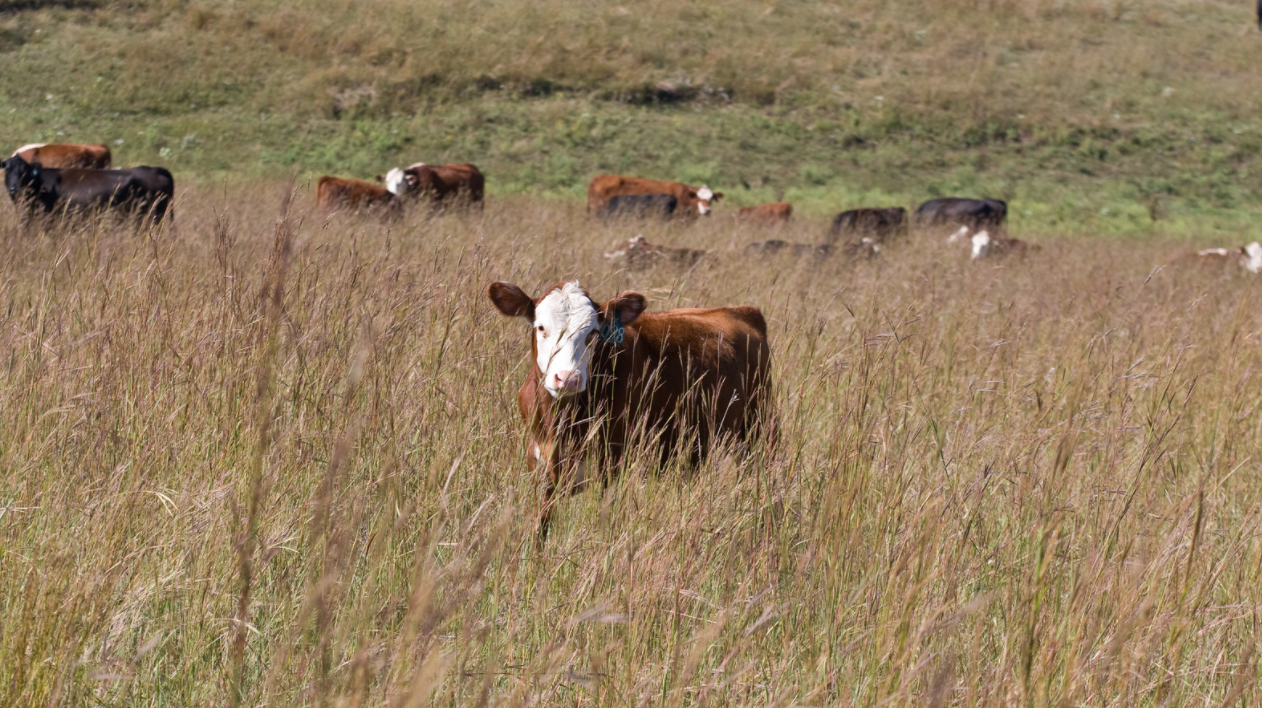 Fifty years from now, agricultural history books will likely devote a chapter to the recent run-up in commodity prices and farm income boom. While much attention has focused on corn and soybean production, cow-calf operators also experienced the historical financial conditions. As the industry begins transitioning away from the boom era, it’s worth pausing to reflect on recent conditions and financial drivers.

To do this, financial data collected and published by the Kansas Farm Management Association was utilized. While this summary of farm-level data is extremely valuable, these data are unfortunately not available for every state. The general trends of these Kansas data, however, are applicable and valid across most cow-calf operations and regions.

In 2015, contribution margins were quite sobering at only $53 per cow. These levels represent a 91% decline from 2014 and the 5th lowest margin in the last 15 years.

In 2008 and 2009 cow-calf producers experienced extremely challenging financial conditions with negative contribution margins. To clarify, negative contribution margins reflect conditions in which revenues failed to cover 100% of variable costs; not even a portion fixed costs were covered. During this period, one could expect producers to limit herd expansion plans and potentially considering herd size reductions. 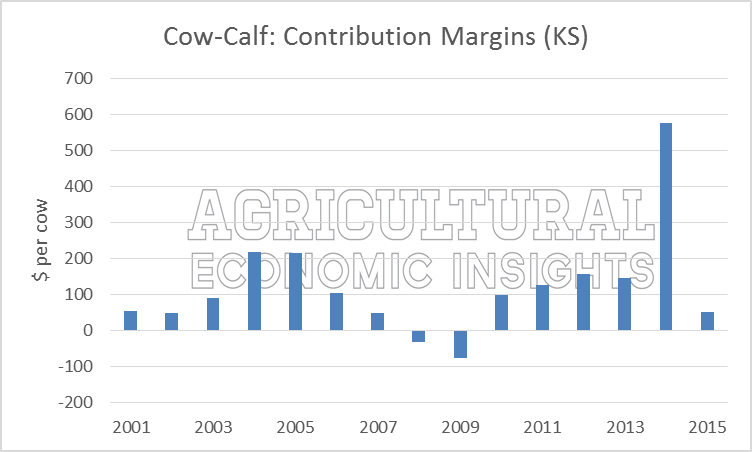 To understand the changes in contribution margins it is important to dig into revenues and variable costs (figure 2). From these data two important takeaways are clear.

Second, as many would expect, revenue (per cow) cycles from periods of declining to periods of increasing. For instance, from 2005 to 2009 cow-calf producers experienced less revenue per cow each year. During this period, revenues declined by a total of 29%. From 2010 to 2014, however, revenue per cow trended higher each year.

While each of these points are by themselves interesting, it is the interaction of these two factors that is perhaps most noteworthy. Even with total revenue lower than variable costs (2008 and 2009), variable costs did not adjust lower. It wasn’t until revenue increased (2010) that producers returned to positive contribution margins. Put in other words, even in the face of tight margins, cow-calf producers, on average, were not able to adjust their cost structure lower. This will be an important fact to keep in mind in 2016 and beyond as the gap between revenue and variable costs tightens. 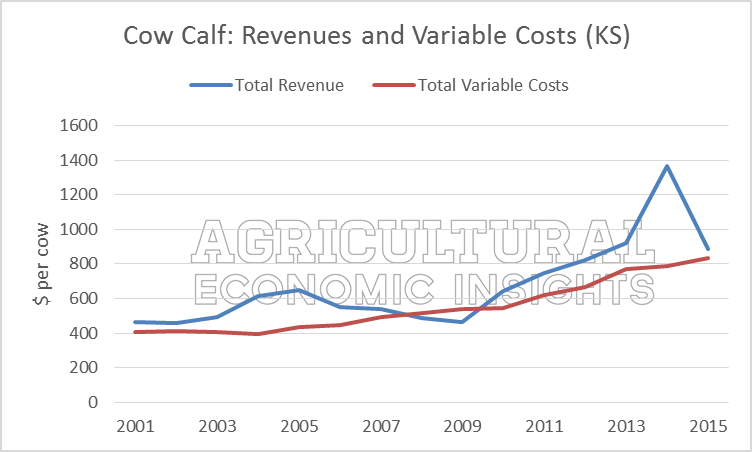 Over the last 15 years, variable costs have resisted significant declines. This will be important for producers to keep in mind in 2016 and 2017, especially if calf prices trend lower.

Finally, it’s difficult to image producers will be economically motivated to expand their cow herds should the environment of declining revenue, stubborn variable costs, and low contribution margins continue.

This post was originally featured in the August 2016 issue of Progressive Cattleman.