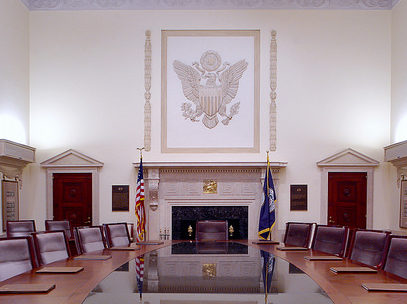 As farm incomes have fallen, the financial difficulty hasn’t been confined to just a few commodity groups, rather almost all segments of agriculture are going through some tough times. This week we take a look at how those challenges have impacted the financial condition and performance of the farm sector.

For this analysis we again are relying on farm sector financial ratios.  As we discussed, these ratios are not representative of an “average farm”, but instead provide information on the financial health of the entire sector.  You can see our previous discussion of this issue here.

One measure of sector cash flow is real (2009 dollars) earnings before interest, taxes, and depreciation (figure 1).  Although this often used as a measure of cash flow it is important to remember that interest and taxes are actual cash expenses and must paid.  In other words, capital consumption is really the only non-cash expense that can be delayed for any significant amount of time.

This measure shows that cash flow generation remains above the levels seen before the 2000’s, but well off from recent highs.  Forecast at $122 billion, the 2016 earnings before interest, taxes, and capital consumption is slightly above the average of the 1960-2016 period, which is $120 billion.  In general, this measure points to a slightly more positive picture of the farm economy than when looking at net farm income.  Considering the decline in incomes it appears cash flow is rather strong, but it is important to compare cash flow relative to debt obligations.

There are a variety of measures that can be used to examine the indebtedness of the farm sector.  Perhaps the most common measure is the ratio of debt to assets.  This shows the proportion of sector assets that are financed with debt and is depicted in figure 2.  At present, debt is 13.2% of assets.  This value is rather low relative to the history since 1960.  This means that debts are a smaller proportion of assets than seen at many other times.

In fact, the current debt to asset ratio is in the bottom quartile (25%) of the observations shown (indicated by green line).   In other words, at the sector level debt is currently not all that high relative to assets.  However, one should keep in mind that asset values can fall with market conditions, while debt generally doesn’t.  As asset values (particularly farmland) adjust, it will be important to keep an eye on debt levels.

What About Debt Service?

This ratio gives a very different picture of the indebtedness of the farm sector.  Currently, the times interest earned ratio sits slightly below 4 times, meaning net income plus interest expenses are 4 times interest expense.  Just like the debt to asset ratio, this value falls in the lowest quartile of the data (shown by red line).  Unlike the debt to asset ratio, being in the bottom quartile on the times interest earned ratio indicates a tighter or more uncomfortable financial situation than experienced in most previous periods.  While this ratio has clearly been worse, it reached a low of 1.69 in 1983, it is at its lowest point since 1988.

The deterioration of the times interest earned ratio is important to monitor because it has fallen so much even with very low farm interest rates.  If rates were to increase, it would likely deteriorate further.

As was mentioned earlier, interest expenses are only one component of debt service.  Although it is sometimes possible to delay or lengthen repayment terms, farmers must generally repay the principal that they have borrowed.  Because interest rates have been very low, it has been possible to borrow larger sums than would be possible with higher interest rates so it is important to also consider principal payments.

The debt service ratio (figure 4) shows the ratio of principal plus interest payments to the value of farm production. This is a measure of the percent of the value of production consumed by debt payments.

To date financial conditions in the U.S. farm sector have remained relatively strong.  However, based on the data examined here, there are warning signs that things may be shifting for the worse.  Unlike the debt to asset ratio, both the debt service and times interest earned ratios indicate that financial conditions are as poor as any seen for some time.

While the debt to asset ratio is a commonly used measure of financial conditions, at the sector level it can be a bit deceptive because there are a lot of farms that have no debt.  For instance, in 2014, ERS estimated that 1.47 million of the nation’s 2.07 million farms had NO debt. As we have said many times, debts aren’t repaid at the sector level, they are paid by the farms with debt obligations.  My reading of Kauffman and Clark’s recent article on to the Kansas City Federal Reserve Bank’s Survey of Ag Credit Survey, suggests that are reasons to be a bit concerned about debt in the sector.

As a result of low interest rates there has been an incentive to borrow.  On the other hand, as farmers borrow more, the principal that must be repaid each increases, making a larger claim on sector cash generation.  When one considers principal and interest payments, farm sector cash flows are as burdened as they have been in some time.  Whether these conditions will lead to large amounts of financial stress in the sector will be determined in large part by how debt and cash flow generation is distributed among the roughly 600,000 U.S. farms with debt.  Caution going forward would be appropriate.

Sometimes Timing is Everything... An Updated Look…