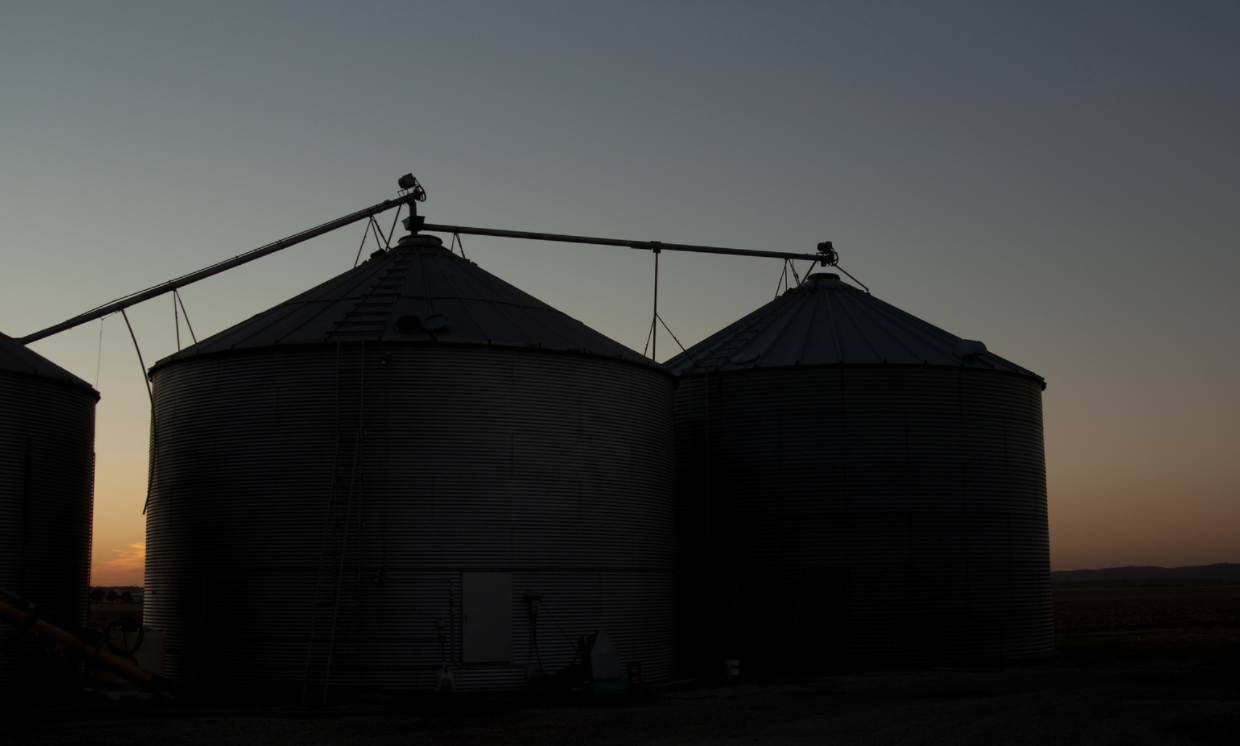 One could summarize the current focus of grain markets with three phrases: low prices, large crops, and growing inventories. This has been especially true given strong U.S. corn, soybean, and wheat yields in 2016. Several reports of large piles of grain around the country and world, especially in China, have further captured this reality. This week’s post takes a look at corn, soybean, and wheat global grain inventories and China’s share of the market.

When thinking about global grain inventories, it’s important to keep in mind the relative size of ending stocks. In figure 1 global ending stocks are reported as a share of total use (or consumption) for corn, soybeans, and wheat since 1960.

From a historical standpoint, the global inventory situation in wheat is more burdensome. Currently, global ending stocks are approaching 35%. Only 12 years – out of the past 56 – have experienced larger wheat inventories. It’s worth noting that just a few years ago – 2007/2008 marketing year – wheat inventories were at their lowest levels in 56 years. Things changed fast, indeed!

Conditions are a bit different – and arguably more optimistic – in soybeans. During the 1980s and 1990s, soybean ending stocks typically ran between 15% and 20%. Since 2005 ending stocks have traded at a higher range, between 20% and 25%. Recently, soybean stocks have trended lower. So while soybean stocks are higher than levels in the 1990s, current levels are not at a decade (or longer) highs as they are with corn and wheat. 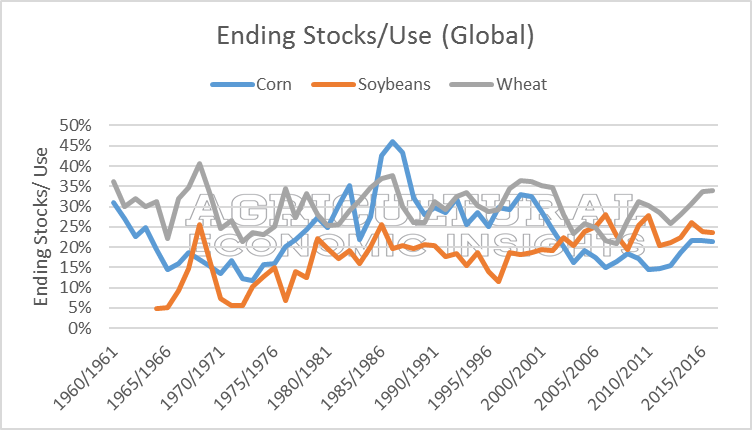 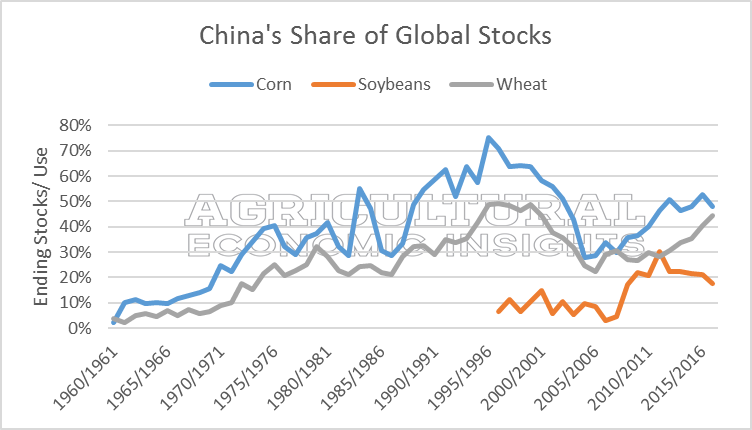 China is often thought of as a primary consumer of grain, not an exporting nation. While China could allow for export of grain inventories at any time, it’s worth a few minutes to think about China as not exporting grain. By doing this, ending stocks look a bit different. 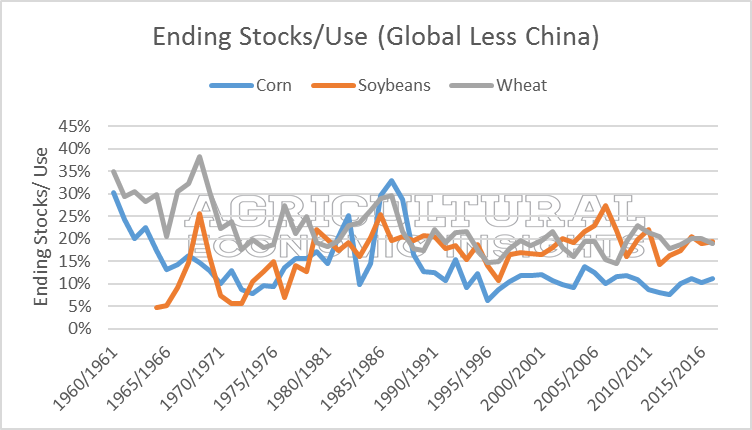 When thinking about grain inventories and global ending stocks, a couple considerations are important. First, wheat and corn ending stocks, as a share of usage, have increased to decade highs. For corn, levels are still considerably lower than levels in the 1990s. For both both corn and wheat, global grain inventories are currently well below the levels of the 1980s; comfort can be taken in that.

With soybeans, inventories have been at levels much higher than in the 1990s, but not at decade highs. Furthermore, stocks have trended lower in recent years. If global production of soybeans is cut in 2017, the markets will likely be responsive.

While global inventories have grown in recent years, China accounts for a large and growing share of global grain inventories. In both corn and wheat, China accounts for more than 45% of current global ending stocks. And while China could export this grain, especially corn, it’s important to recognize a large share of grain stocks is held by a country that does not traditionally export corn and wheat.

Farmland Cash Rental Rates in 2016: Where…