Farmland Cash Rental Rates in 2016: Where Cash Rents are Falling 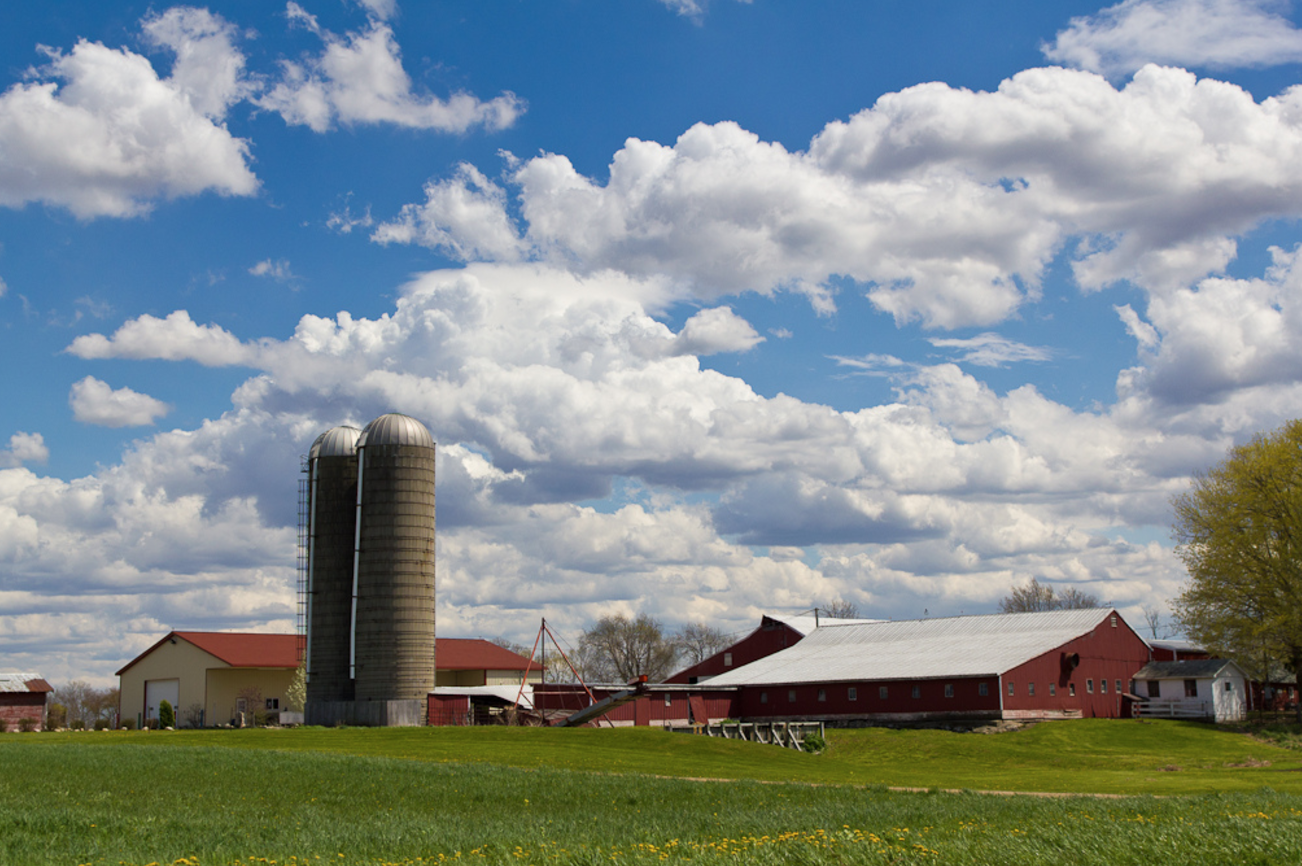 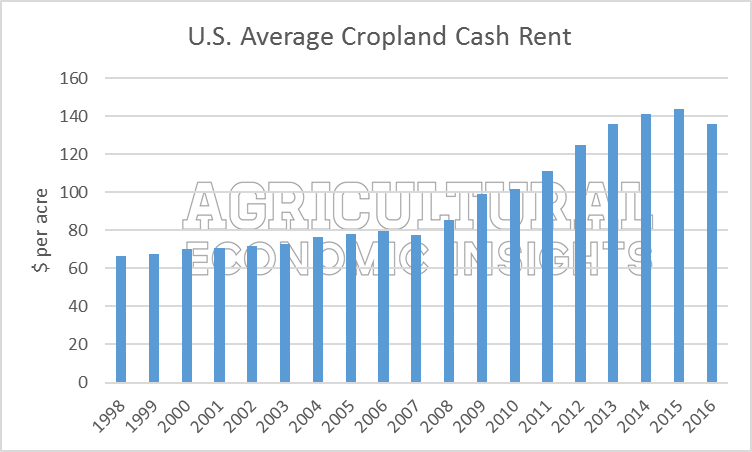 While the national trend was for lower cropland rental rates, it’s important to keep in mind conditions often vary at the state and county levels. In figure 2 changes in the state average cropland rental rates are shown (2016 compared to 2015). Overall the changes were quite variable. In the Midwest, cash rents dropped the most in Minnesota and Iowa – more than 6% lower – while most of the Midwest and Great Plains were also lower. On the other hand, Michigan and Wisconsin actually reported higher cash rental rates in 2016.

Outside of the Midwest, cash rental rates also contracted significantly in the West where drought conditions have lingered. Rents were also mostly lower in the Southeast. 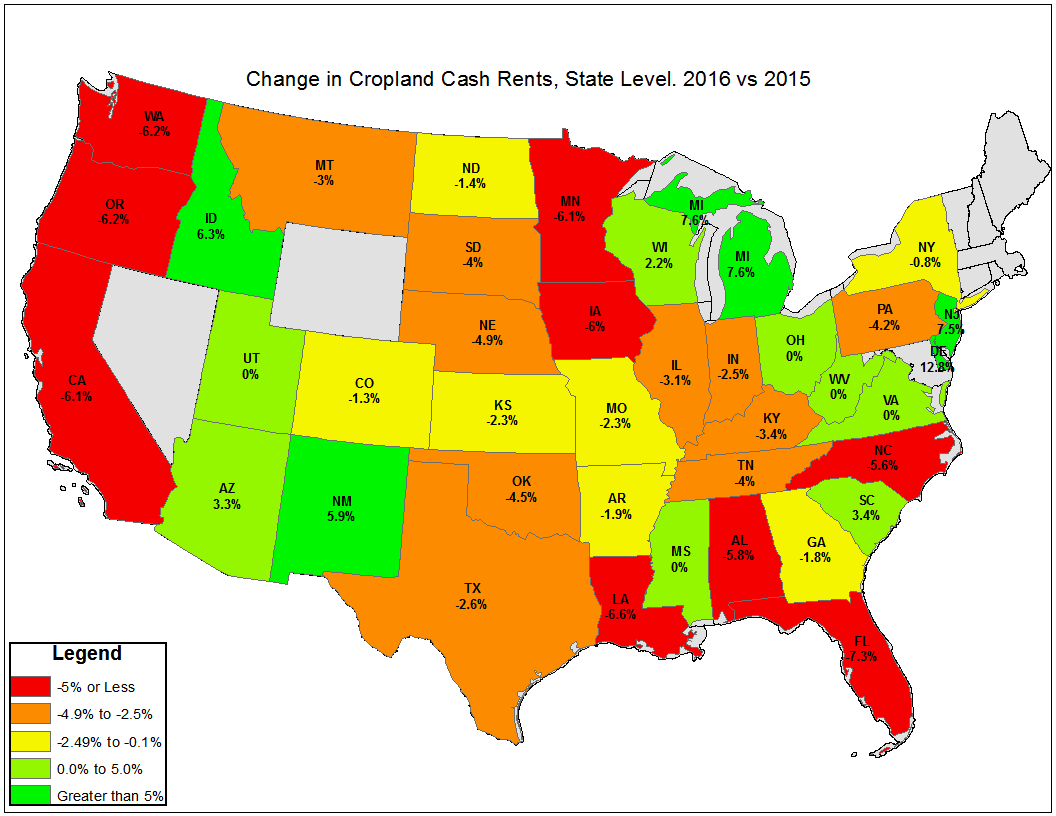 Drilling even deeper, changes in non-irrigated cropland rental rates at the county-level are available and shown in figure 3. More specifically, figure 3 shows the percentage change in rental rates in 2016 compared to 2014 (county level data in 2015 were not collected by the USDA). Similar to the results in figure 2, rental values fell the most in Minnesota, Iowa, Northern Missouri, and Northern Illinois.

Those interested in changes in irrigated rental rates can find the map here. 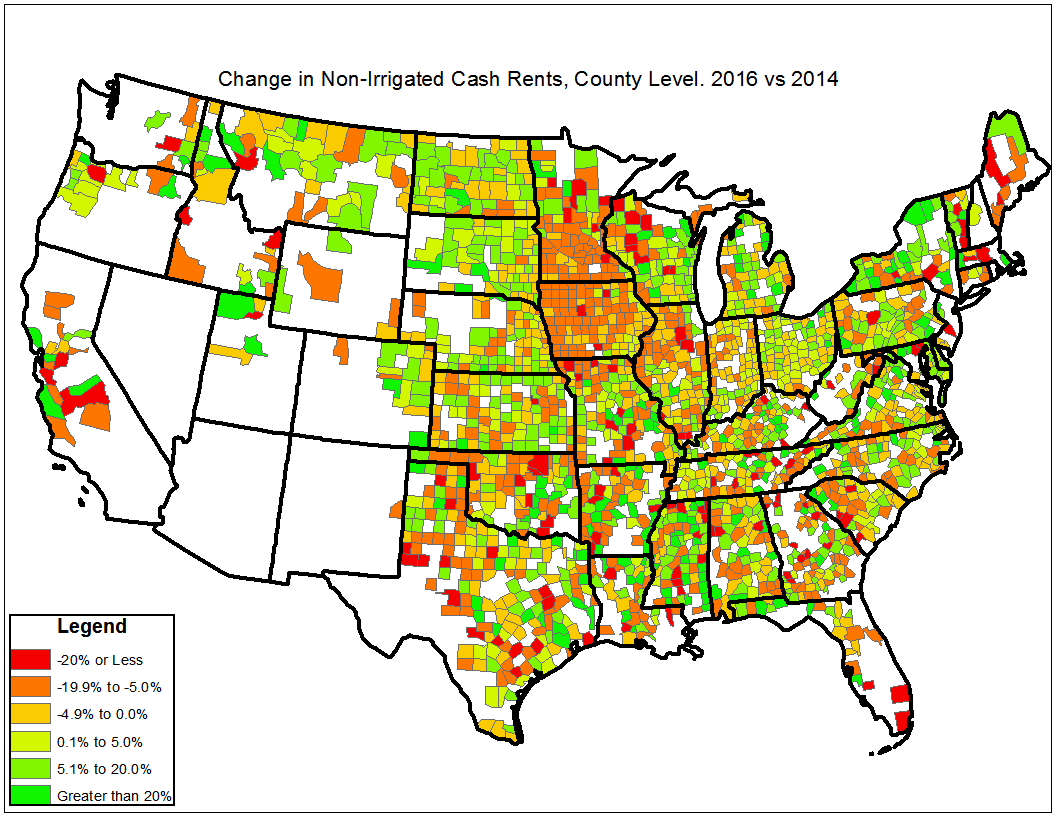 While we have previously looked at changes in farmland values and cash rental rates during the boom-period, 2016 will be marked as the year cash rental rates began to decline at the national level. This is true for both crop and pasture.

While cash rents have turned lower at the national level, conditions at the state and county levels vary significantly. Some states have felt significant downward pressure on cash rental rates while others have actually reported an increase in rates.

Looking ahead, it will be important for producers and observers to keep in mind that the impacts of lower net farm income and the ag economy slowdown will vary across the county. While the national trends are important, it’s critical to also keep an eye on local conditions.