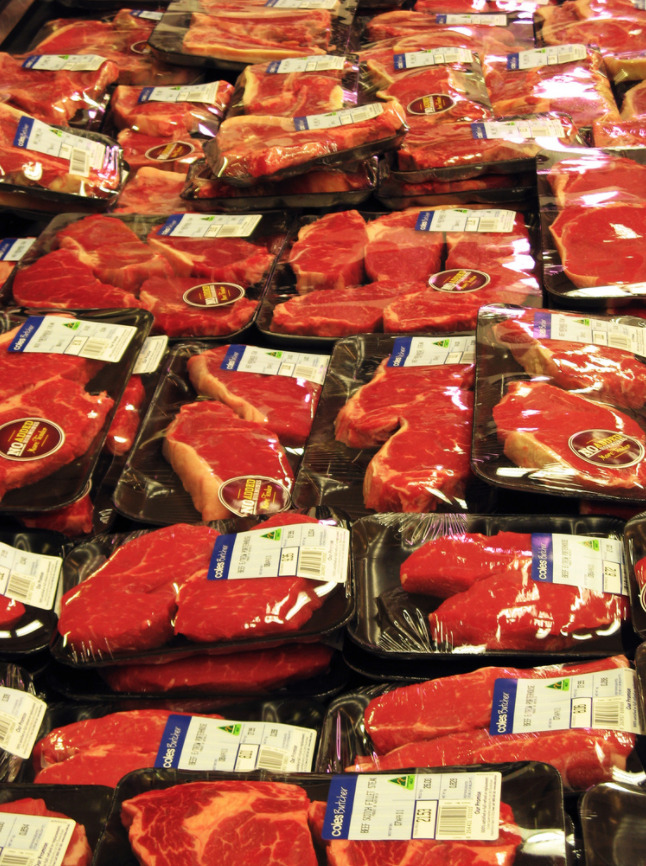 Growth in demand for agricultural products is an important step in improving the economic outlook for production agriculture, especially in light of abundant global inventories. Growth in demand, or consumption, is often slow as the key drivers – population and consumption trends- are themselves slow to change. This year the livestock sector received some good news as the USDA reported increases in per capita consumption for several categories of meat. In this week’s post, we take a look at the long-run trends in U.S. meat consumption.

Before digging in, it’s important to clarify a point about the data. The USDA reports per capita meat disappearance. This metric is the residual of production, beginning and ending inventories, import, and export data. So while the USDA does not explicitly measure consumption, they do offer a proxy measure in the form of disappearances – which is essentially consumption. When discussing consumption in this post, we are truly reporting the USDA’s reported meat disappearances.

Between 2004 and 2007 consumption peaked and remained at 222 pounds. After 2007, total consumption fell as low as 202 pounds in 2014, a 9% total decline. The impacts of the Great Recession and generally strong meat prices – as a result of limited supplies – certainly took a measurable impact.

Since 2014, total consumption has turned higher. For 2016, per capita total red meat and poultry consumption is forecast at 215 pounds with even more increases expected into 2017 (218 pounds). If these estimates come to fruition, U.S. per capita meat consumption in 2016 would be at the highest levels in 8 years.

In addition to consumption levels, it’s also important to consider timing. From 2008 to 2014 per capita consumption fell from 216 pounds to 202 pounds. Based on the latest USDA estimates, per capita consumption is expected to exceed 2008 levels by 2017 (218 pounds). The pace at which overall meat consumption rebounded – erasing 7 years of decline in 3 years –  is pretty impressive. Many wondered if a recovery to this level would be possible. 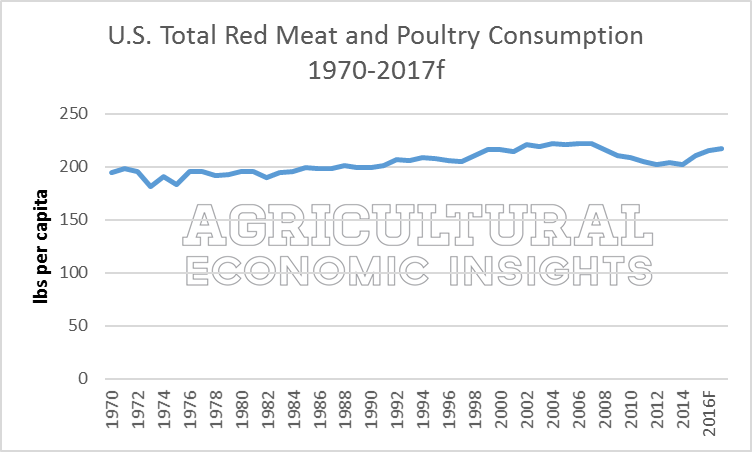 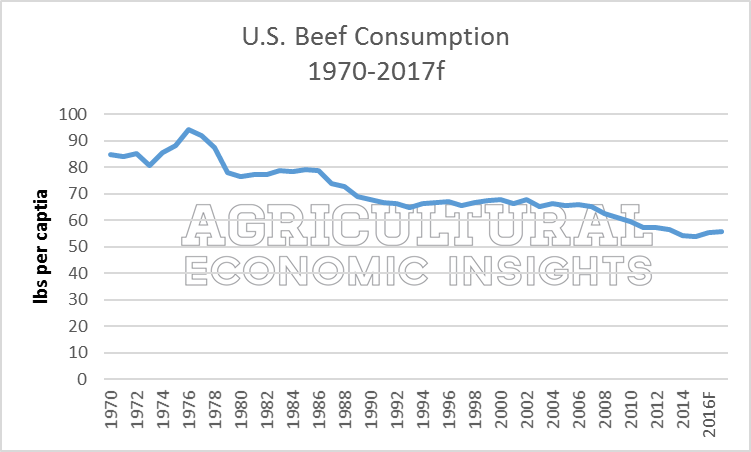 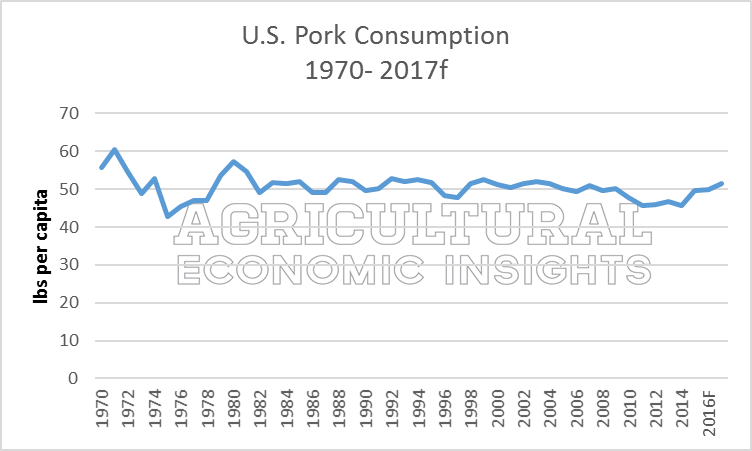 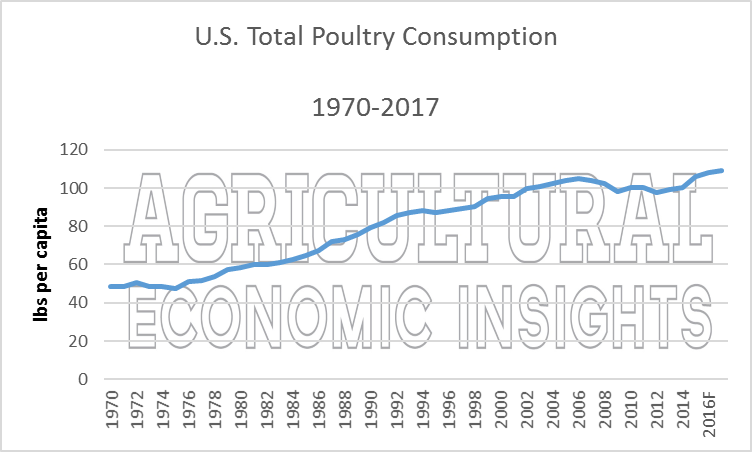 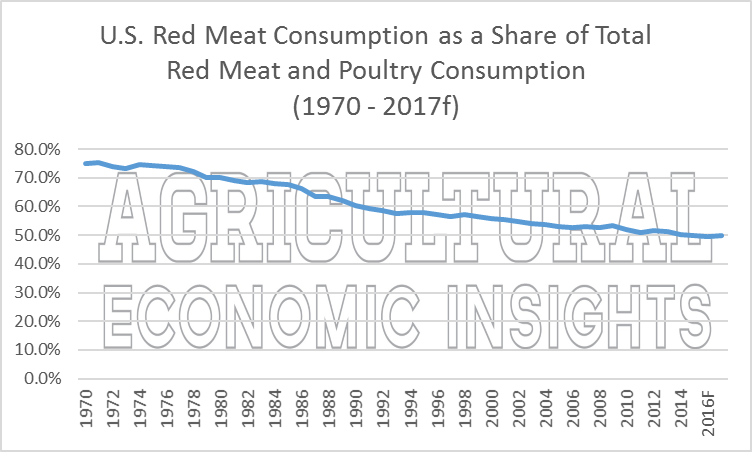 Overall U.S. per capita meat consumption (total red meat and poultry) is estimated to be higher in 2016 and 2017. The recent uptick in consumption begins to erase several years of declines that resulted from the Great Recession and high meat prices. Pork consumption has returned to pre-decline levels while poultry is setting record consumption.

While beef and pork consumption is expected to turn higher in 2016 and 2017, the increases are not large enough – at this point – the significantly reverse several decades of trends. This is especially the case in given red meat’s shrinking role in overall red meat and poultry consumption (figure 5).

Farmland Cash Rental Rates in 2016: Where…