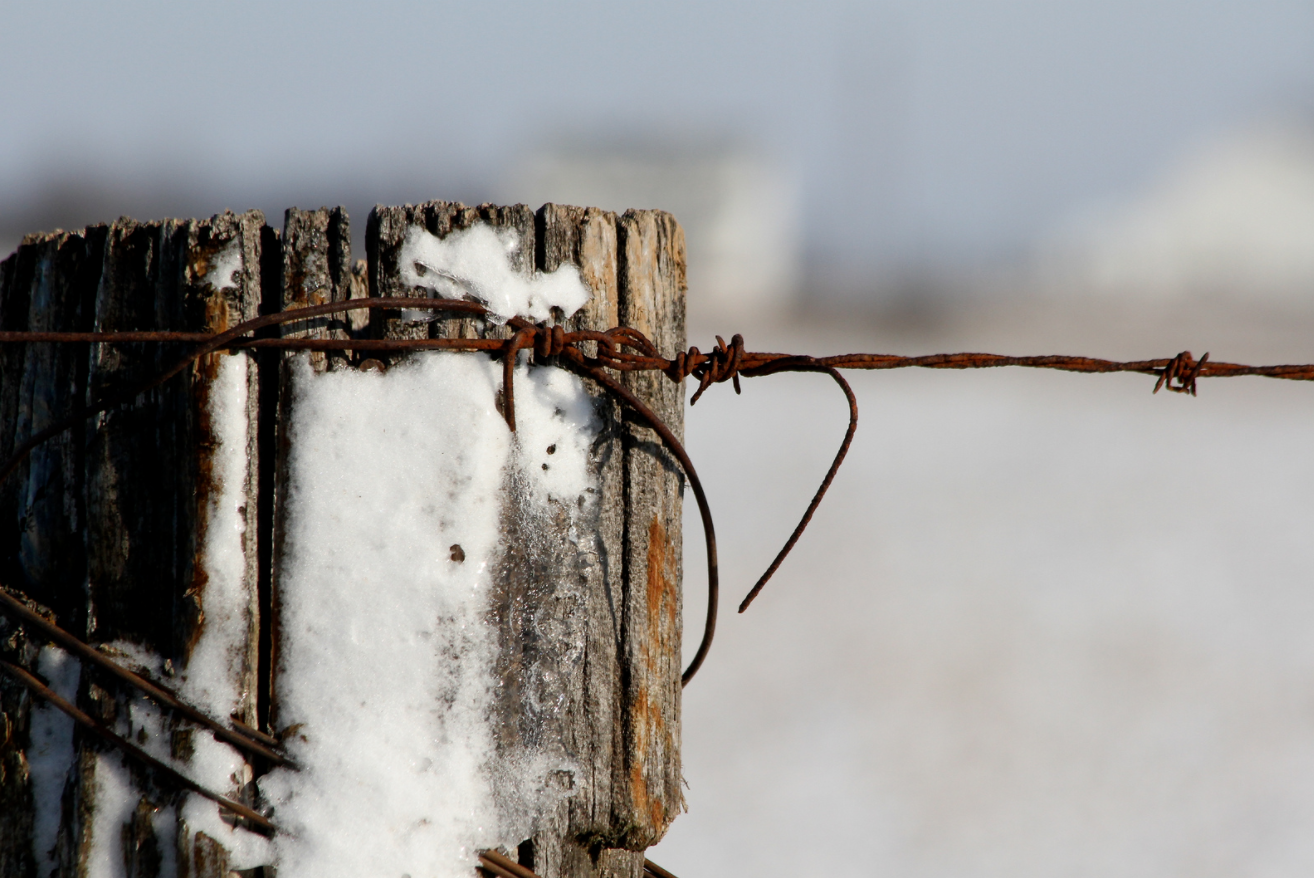 Yes, believe it or not, tis the Season: The 2016 Agricultural Year in Review. We were surprised how active the year was when we put pen-to-paper and started making our list of the most notable stories in 2016. With that said, here is our top 20 list:

The Downward Adjustment in the Farm Economy Continues

Sorry to say, but the big slowdown in farm incomes has continued.  When you look a the agricultural economy as a whole there were some pretty interesting stories around how the downturn is playing out.

1.) Head-Scratching Net Farm Income Estimates – The USDA initially noted that net farm income for 2015 and 2016 was falling to historic (inflation adjusted) lows, but in August issued estimates much closer to the long-run, real average (read here for the details). The $24 billion revision was huge… roughly the same size as the 2015 gross cash commodity receipts (grain and cattle) for the entire state of Nebraska. The change also made a big difference to sector-level financial ratios. As Brent put it, the “revised updates paint a slightly more favorable picture of a generally unfavorable situation.” One driver behind the change has been the rapid rate at which farmers have pulled back on capital expenditures. In 2015, capital expenditures contracted 26% (nominally), the second largest decline in 5 years and only slightly behind the 27% contraction in 1985.

2.) The Year of the Soybean! – Soybeans have been the (almost) only source of excitement and momentum in the grain markets in 2016. A short South American crop sent futures higher late in the Spring. Favorable growing conditions then led to a large U.S. soybean crop, but commodity prices have rallied since harvest lows. It’s probably safe to say that soybeans provided an economic boost to a lot of producers in 2016.  Whether they make a repeat performance will likely be a key factor in 2017.

3.) The Return of the LDP – Yes, LDP, the popular acronym from the 1990s and early 2000’s, is back. Despite a pretty dramatic long-term decline in U.S. wheat acres, wheat prices have fallen sharply.  In fact wheat prices got so low this year, many producers found themselves collecting loan deficiency payments (LDPs). Turns out, the low prices many hoped would never return did, indeed, return. Overall, the economic situation facing wheat production in 2016 was bleak, and that didn’t improve as producers sowed the 2017 winter crop.

4.) Lower Farmland Values …  It isn’t a crash, but it’s sure hard to argue that land values are heading higher.   Data from the key bellwether state of Iowa suggest land values have fallen over 15% from their peak.   At the sector level, declines in net farm income, have pushed the rate of return on farm assets to the lowest levels since the 1980s. Until farm income starts to rebound one might expect more pressure on farmland prices.

5.) … Cash Rents, too – When we looked at the profitability of agriculture it just doesn’t support higher cash rental rates. The data that David analyzed also showed that cash rents were falling across much of the U.S.  These lower rents should provide some cushion to lower commodity prices.

6.) Exports, Exports, Everywhere – Strong exports saved the day in U.S. Ag in 2016. Production hiccups in South America sent international buyers to the U.S., and this helped move the piles. China (here and here) is an important part of the trade dynamic, and the importance of trade varies by commodity in the U.S. With low prices and abundant inventories, strong export sales are certainly welcome.

7.) A Head-Scratching 2016 Planting Season – The price signals were pointing to more acres of soybeans and fewer acres of corn. U.S. producers, however, planted a few more soybean acres (up 1% from 2015), and a lot more corn in 2016 (up from 7% from 2015). This came as farmers in the Great Plains traded their wheat acres (down 7%) for corn acres.

8.) Lower Fertilizer Prices – Producers benefited from lower fertilizer prices in 2016. In fact, the margin relief that lower fertilizer prices has provided is difficult to understate.  From 2014 to 2016, fertilizer accounted for 63% of the decline in variable expenses. Since 2014, budgeted fertilizer expense has dropped by more than $20 per acre (and this doesn’t account for any reduced fertilizer application rate strategies producers might be employing). Furthermore, fertilizer prices look to continue the trend lower into 2017. Seed expense, on the other hand, has remained resilient to the deflationary pressures of the agricultural economy.

10.) Good-Bye El-Nino, Hello Near-Perfect Growing Conditions – 2016 marked the end of El-Nino. Contrary to what many thought, La-Nina didn’t make a growing-season appearance.  At one point many forecasters were calling (some more loudly than others) for La-Nina and associated hot, dry weather to interfere with crop production. Instead, we had another favorable growing season and huge crops. Recently, minimum conditions necessary for to declaring a La-Nina were met.

11.) More Mega Mergers… – At the end of 2015, we noted that agribusiness mergers were picking up. A year ago, Syngenta was playing hard-to-get with Monsanto. Fast-forward a year, Syngenta is trying to wrap-up a deal with ChemChina and Bayer is finalizing its acquisition of Monsanto (side note, investors of both sides of the Monsanto and Bayer merger are grumbling).

12.) …Keeping the DOJ Busy – Of all the latest merger and acquisition activity in agriculture, most were surprised the U.S. Department of Justice took a critical look at John Deere’s 2015 acquisition of Precision Planting (from Monsanto). To help settle concerns, John Deere inked a deal with Ag Leader to allow more market access to high-speed planter equipment.

13.) Mergers Everywhere – While attention has focused on the large ag manufacturing mergers, consolidation activity has been full-steam ahead at nearly every level of the ag supply chain. From ag input coops in Indiana and Michigan to Farm Credit Associations in Illinois and Wisconsin, it seems that many are racing to tie the knot.

14.) The Fed (again) Opts for a December Rate Hike – After the Fed’s December 2015 rate hike, most thought the Fed would raise rates several times throughout 2016. However, the Fed held-off on a hike until its last meeting of 2016.  Now it appears that members of the FOMC are expecting to raise several times in 2017.

15.) Farm Level Interest Rates Remain Low – Low interest rates have been a favorable factor for the U.S. farm sector and they stayed low in 2016. The low interest rates were welcome because lenders were becoming more concerned about credit issues and farm loan demand continued to increase.  While there were some warning signs flashing in 2016, farm financial conditions continued to hold up pretty well.

16.) The Dollar Remains Strong – Heading into 2016 the strength in the U.S. dollar was on most everyone’s radar.  After some gyrations the trade weighted U.S. dollar index (major countries) ended the year not far from where it started.  Throughout the year ag exports remained quite strong.  As David noted, we need to make sure to pay attention to currency in relation to major agricultural trading partners.

17.)  Oil Stays Low, American’s Drive –  While oil prices rebounded a bit from their early 2016 lows, they are still much lower than just a few years ago. Now it appears that after remaining flat for a number of years, the miles driven by Americans started to increase. This combined with low corn prices helped keep ethanol margins healthy in 2016.

18.) Policy Questions Begin –  It seems like just yesterday that everyone was running computer simulations to try and figure out which farm program to enroll in, but groups are already positioning for the next farm bill.  While the public debates haven’t heated up yet, the sparks were probably ignited in 2016.  Given all the commodity stockpiles and the increased farm acreage brought on during boom years, one wonders if it is time to Make the CRP Great Again?

19.) and 20.) What to make of Trump –  You didn’t think we could make it through our list without mentioning this one, did you?  Well it’s big enough that we decided it deserved to be stories 19 and 20.  Donald Trump provided an election surprise of epic proportions.  Now rural America, which supported Trump, will wait to see what happens.  How will the new president approach trade with China which is a huge market for U.S. commodities?  What will the new administration think of the Renewable Fuel Standard, which has been a key pillar of support to the ag economy?  How will his administration deal with immigration and migrant labor, and the large numbers of undocumented farm-workers? Oh and what about the new Farm Bill?  These and many more questions around the corner.

Ahead of the Fed -- Farm Level…