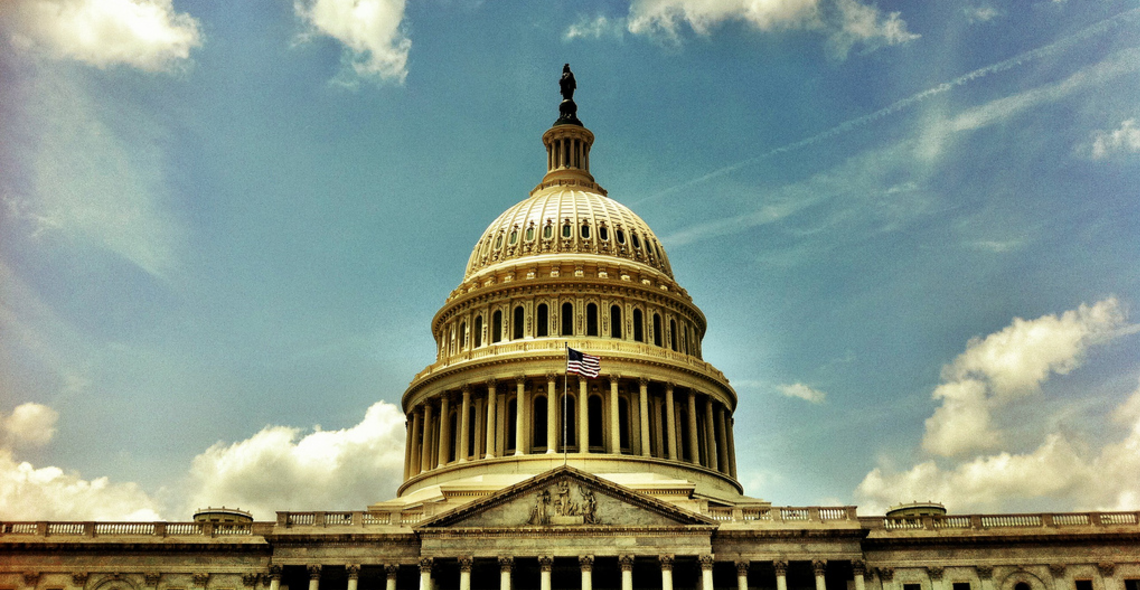 We previously noted that macro-economic and policy issues seem poised to play a larger role in 2017 (and beyond) than in recent memory. This realization has become even more evident in recent weeks as a host of policy issues – both directly and indirectly impacting agriculture – have been discussed. We – Brent and David- are in no way ag policy experts, but the policy issues facing agriculture are significant enough we felt it was important to provide some context. With that said, this week’s post is our 2017 Ag Policy Watch List. Just six months ago is seemed the only issue ag policy gurus were debating was when to start planning for the next Farm Bill. As you will see from our list, ag policy makers will likely spend most of 2017 on issues much bigger than the Farm Bill.

The three largest buyers of U.S agricultural exports are Canada, China, and Mexico. Collectively, they accounted for 44% of total ag exports in 2015. These three countries– for better or worse- have been at the epicenter of recent trade discussions. In fact, Mexico suggested last week they would use the U.S. corn market as their front-line defense (or retaliation) in the event of any ”trade war” breaking out.

Broadly speaking, the importance of trade varies by commodity. Soybean exports accounts for more than 40% of U.S. soybean production, while corn exports have been declining in recent years (12% in 2015/2016). These numbers, however, understate the impacts of agricultural exports. Indirect exports of corn and soybeans (and other ag commodities) occurs through meat and livestock exports. Domestically fed livestock that are exported are also an indirect export of the feed – corn, soybeans, wheat, etc. This impact is substantial as exports account for 21% of pork production and 10% of beef production.

The trade question we get most often is: “Does it really even matter? If (Fill in the black) doesn’t buy U.S. corn, won’t someone else have to buy it?” While the temptation is to answer ‘yes’, it’s important to consider the impacts of being the last resort for global buyers.

If Mexico turned to South America for its corn needs overnight, the cash price South American producer received would benefit from grain buyers bidding up local cash prices (basis) to attract grain onto the market. The price signal would, over time, prompt Brazilian producers to plant additional acres of corn. In the U.S., producers would likely notice weak cash basis and prices as the lack of export demand wouldn’t prompt grain buyers to offer stronger basis. This weak price signal would, over time, prompt U.S. producers to plant fewer acres of corn.

A Border Adjustment Tax (or BAT) has been suggested in recent months. There are several details to the proposed tax, but the basics of the plan is to tax all imports at 20% (a short video explanation here). On the surface, this seems to support the U.S. economy, but the devil lies in the indirect impacts the tax would have. Economists who research tax and trade – again, not Brent and David-  estimate the 20% tax would result in the U.S. dollar appreciating.  Many estimates we have seen suggest that it would be roughly a one-to-one relationship, thus the dollar would increase 20%.

The challenge for ag: consider the implications of an exchange rate change. $4 corn is currently equal to 80 Pesos. With a stronger/more expensive U.S. Dollar (say 20% stronger) as a result of the BAT, the same $4 corn in the U.S. now costs Mexican buyers 96 Pesos.

This simplified example is why a BAT tax- that will influence exchange rates – will provide headwinds to the farm economy. Yes, there will be tax revenue generated, but it’s more complicated than just a simple tax.

When thinking about U.S. ag competitors, the strong U.S. dollar will also boost their local currency prices – providing them an additional benefit.

In short, this tax is scary for two reasons. First, many will probably see this as a positive given the indirect effects are often difficult to measure. Second, a strong U.S. dollar on the surface sounds like a “win” – strong is typically preferred to weak in most people’s eyes. So even if the indirect effects are explained, the impacts on agriculture on almost counter-intuitive.  While our initial reaction is negative, we are far from experts in this area and are genuinely hoping that some good research on the impacts of the BAT on agriculture will be forthcoming very shortly.  In the meantime we think it would be good if people started familiarizing themselves and thinking through some of the potential impacts of this policy.

The RFS has been law since 2005. While many have campaigned against the RFS, a congressional repeal of the RFS seems unlikely. However, the implementation of the RFS is subject to rules from several government agencies, including the EPA. To date, the interpretation of the RFS has been favorable. The new administration could take a critical look at the RFS and relax some of the mandates or change how the law is implemented.

Colleagues at the University of Illinois have wrote about how biodiesel has played a significant role in backfilling the cellulosic components of RFS that currently is not being met due to the feasibility of cellulosic ethanol production. If biodiesel should continue to backfill this mandate gap, this could increase demand for ag commodities.

A couple other notes on the upcoming farm bill. First, crop insurance will see increased scrutiny. Second, the Conservation Reserve Program (CRP) will likely gather attention given the programs release of acres and the tough economic challenges producers in the Great Plains – where the CRP program is widely adopted – are facing.

We briefly discussed four policy issues that have many complicated, moving-parts involved. Each of these topics deserve a more detailed look at all the impacts on agriculture. We hope this post motivates some efforts on this front.

While we covered four topics that we thought were important in the coming year, the list is far from exhaustive. We didn’t even cover the gigantic issues of immigration – which could significant impacts on agriculture – the Affordable Care Act – which impacts every American, but particularly farmers that are not often covered by group healthcare plans- and the proposed infrastructure bill.

All of these potential changes have many people wondering how things might unfold.  We recently ran across some comments from one of our favorite writers, Howard Marks, who in a recent memo described questions that he had received about the election and his response.

“I was in Australia on Election Day and just after, and questions about the implications started immediately.  In fact, they’re what inspired me to write “Go Figure!” over the following weekend in Seoul.  In it, I described the following questions as being open:

1. How much of what Trump said while campaigning did he mean?

2. How much of what he actually meant will he try to implement?

3. And how much of what he tries to implement will he be able to effect?

We still don’t have answers.  As for the markets, it’s clear Trump intends to be a very pro-business president.  But what actions he’ll take and whether they’ll succeed is very much up in the air.”

We think that before getting too worried one should probably ponder those three questions.  Still, there is probably as much uncertainty today about what policies might look like and what might be implemented than at any time in recent history.  We think that we can all agree this is a big to-do list that Washington has in front of themselves.  It is likely to keep them busy for quite some time.  It will also likely keep many agricultural economists busy as well.