After Much Resistance, Fixed Farm Expenses Turn Lower in 2016 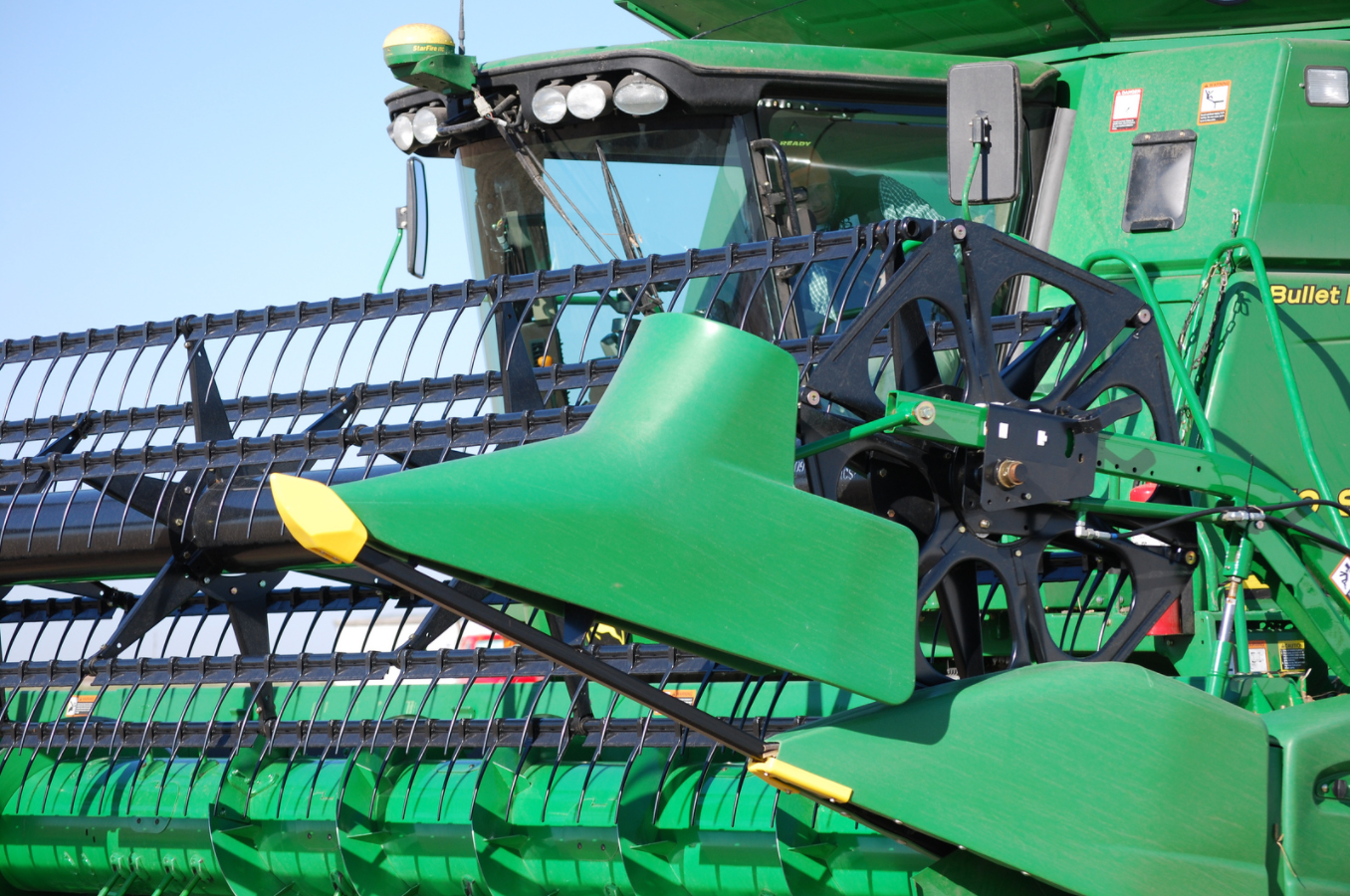 Fixed farm expenses play an important but often overlooked role in crop budgets and producer returns. A look at Purdue University crop budgets from 1990 to 2014 found that, on average, variable expenses accounted for 40% of total budgeted expenses while fixed expenses (family labor, land, and machinery) accounted for 60%.

Lowering costs of production are a critical step for managing in the current environment of low commodity prices and tight-margins. Fixed expenses, as we noted last year, have been slow to adjust. This week’s post takes an updated look at fixed expenses.

A great resource for monitoring farm management data is the Kansas Farm Management Association (KFMA). These data are based on records collected and aggregated across diverse farming operations, including crop and livestock operations. In 2016, the 1000+ association farms had an average net farm income of $43,161. This was considerably higher than the 30-year low set in 2015 ($6,744), but less than half of the five-year average ($95,669). From KFMA data, insights on three fixed expenses can be captured.

Depreciation is often a large expense for farms. In 2016, the average depreciation expense was $64,210 (figure 1). This was mostly unchanged from 2015-levels (up 0.8%). Depreciation expense is typically hard to adjust in a short time-frame as much of expense is a carry-over of earlier capital asset purchases. In other words, it is likely that much of the depreciation expense associated with 2016 was the result of purchases – combines, tractors, sprays, barns, grain bins, etc. – made in earlier years, when net farm income was considerable higher.

While depreciation expense is hard to adjust because of the carry-over, family living expenses are difficult to adjust lower because it directly impacts family/household income. Additionally, most commercial operations rely on on-farm income for a majority of total household income.

Machinery costs includes fuel, repairs, and depreciation [1]. Machinery costs per acre, and associated machinery investment per acre, vary significantly across operations. These variations are even large for operations of a similar size. A 2014 report using KFMA data found crop machinery costs ranged from less than $50 to nearly $150 per acre on farms between 2,000 and 3,000 acres. 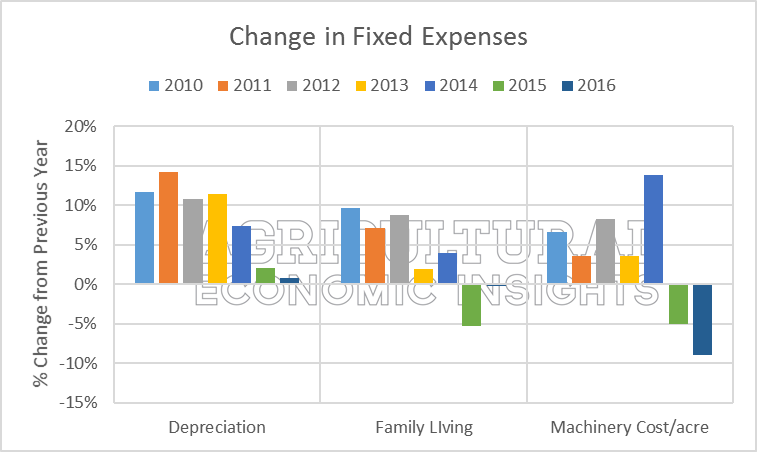 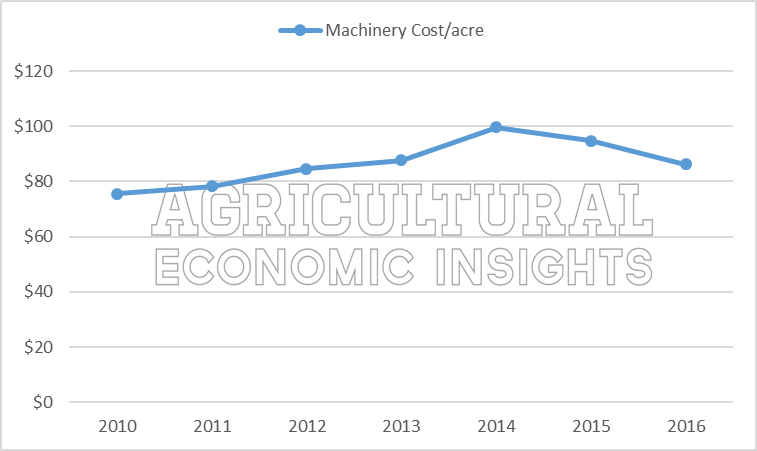 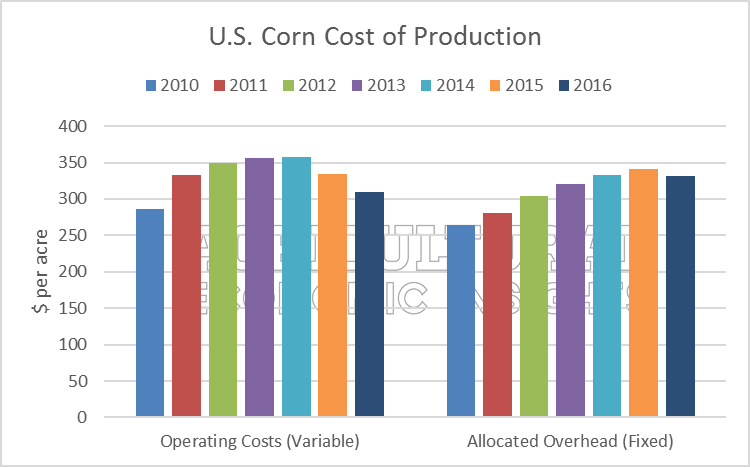 Fixed farm expenses are a large component of crop budgets and producer returns. These fixed expenses have been slow to adjust downward. Machinery cost and family living first adjusted lower in 2015. Depreciation expense, which has been the slowest to respond, was essentially unchanged in the KFMA data in 2016.

At the national-level, the USDA’s cost of production data shows that fixed production expenses for corn turned lower in 2016.

In summary, it has taken several years, but changes and improvements in crop budgets have taken place. Fixed farm expenses have been slow to adjust, but in most cases reductions have taken plan in recent years.

A Look at Harvested Acres