Did the Farm Boom Create a Boom in Operator Dwellings? 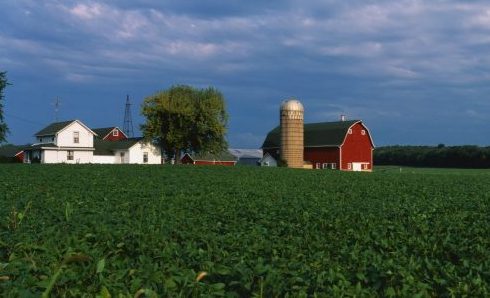 A quick drive around the country during the farm boom seemed to suggest that a rural building boom was underway.  New machine sheds and farm residences (operator dwellings) seemed to bloom across the countryside.  As farm incomes have fallen, many have wondered how rapidly this building activity would slow.

Operator Dwellings Boom or Not?

While we don’t frequently discuss capital expenditures for operator dwellings, the pattern is interesting and perhaps a bit surprising.  Real (2017 USD) expenditures on operator dwellings are shown in Figure 1.  One can see that this spending can be quite volatile over time, with a high of $5.2 billion (1978) and a low of $1.3 billion (2016).  The swings in capital expenditures on dwellings can also be quite large from year to year. For example, they increased by 94% from 1973-74 and declined 42% from 1990 to 1991.  The absolute value of the annual change in dwelling expenditures was greater than 10% in 60% of the years shown! 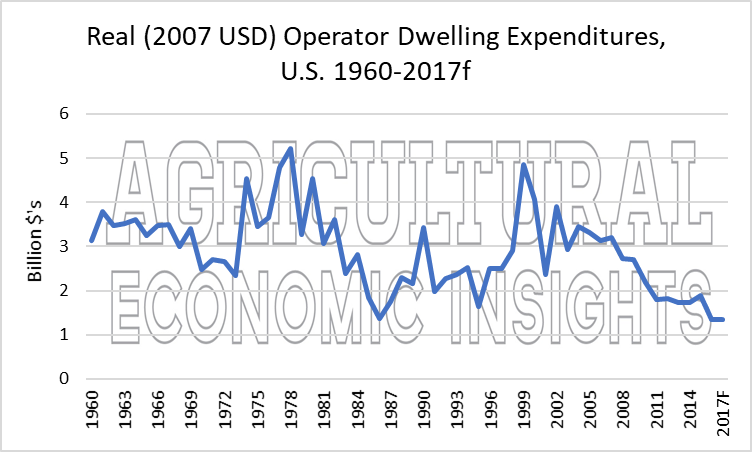 What about all those new shops that went up during the farm boom? 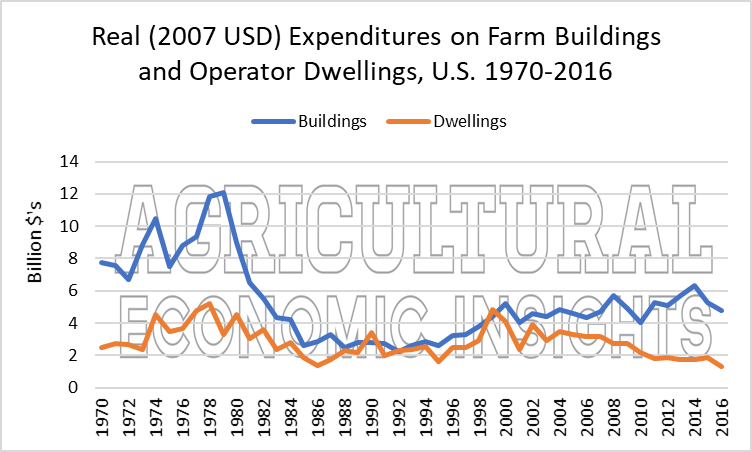 Here, one can see capital expenditures on farm buildings followed a pattern similar to what one might expect.  Expenditures dropped dramatically in the 1980’s farm crisis,  grew throughout the 1990’s and continued to trend upward to the 2000’s. Another set of increases were seen in the late 2000s with an upward trend visible from 2010 to 2014.  Since 1980, the peak of expenditures on buildings was $6.3 billion in 2014. By 2016 they had fallen 24% to $4.8 billion.

Even at their recent peak, building expenditures were only slightly over half of their 1979 peak and have never exceeded the low of 1970s decade ($6.7 billion in 1972). At least for the case of capital expenditures on buildings, there appear to be two distinct periods separated by the 1980’s.  In addition to seeing that in Figure 2 we calculated how these capital expenditures compared to the value of farm production (Figure 3).  Before the 1980’s expenditures on buildings always exceeded 2% of the value of farm production.  After that point, the high water mark was 1.73% in 2000. 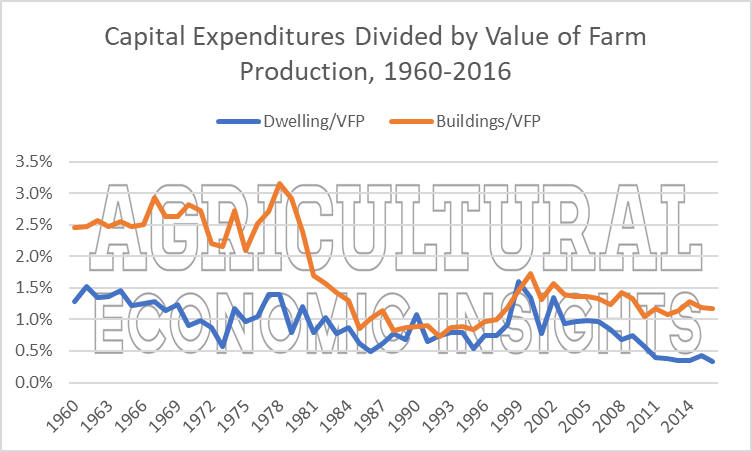 Figure 3.  Capital Expenditures on Buildings and Operator Dwellings as a Percent of the Value of Farm Production, 1960-2016.

Capital expenditures on farm buildings did increase in the farm boom period.  Since peaking in 2014 they have fallen 24%.  In terms of capital spending on buildings relative to the value of farm production, today’s capital spending is still slightly higher than that seen in the 1990s, but down from that in the early 2000’s.

Given the demographic trend toward aging farmers, it would not be surprising to see capital expenditures on operator dwellings continue to slowly shrink. In the case of buildings, today’s capital expenditure levels have fallen from recent highs but do not appear extremely low relative to the value of production.  If the farm economy continues to tighten this will likely be a category that comes under additional spending pressure.