Lower Fertilizer Prices in 2018? Keep an eye on Nitrogen 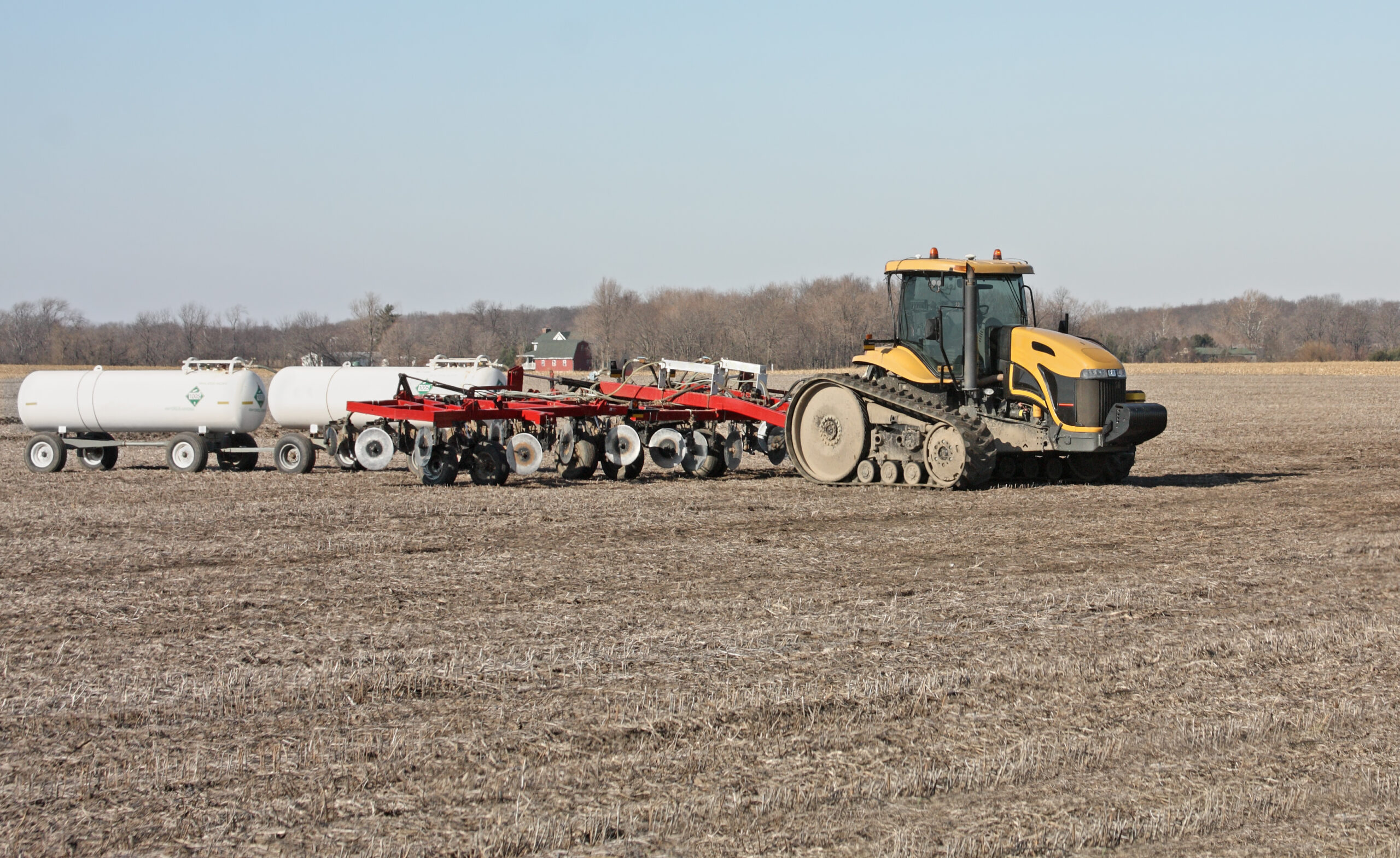 When thinking about crop budgets and potential returns in 2018, fertilizer is a big expense category, especially for corn production. At $111 per acre of corn in the 2017 Purdue Crop Budgets, a change in fertilizer prices can quickly impact potential profitability.

DAP and potash prices have following the same general trend, but have been mostly flat since the Spring. In October, DAP prices averaged $429 per ton (down 1% from Spring prices) while potash prices of $324 are also 1% lower. 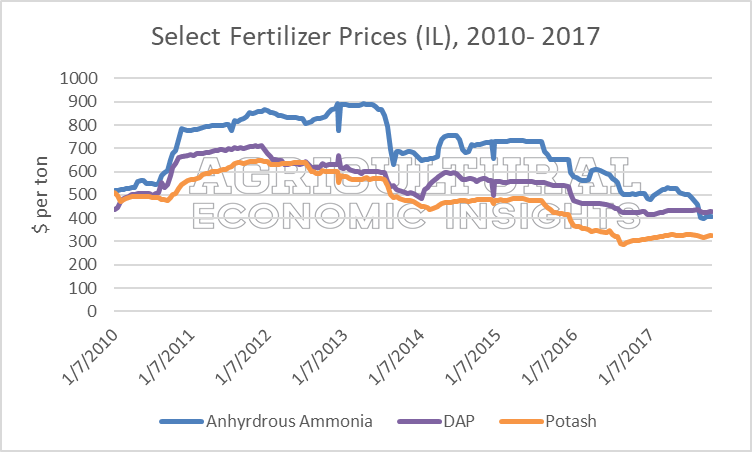 The farm-level implications of lower fertilizer prices declines are important to consider. In Figure 2, the average spring fertilizer prices (April to May) are used to estimate corn fertile expense, on a per acre basis, assuming an application of 180-70-70 using anhydrous ammonia, DAP, and potash.

While lower fertilizer prices have been an important source of improvement in crop budgets, it is important to note the price declines have not been uniform. In the scenario outlined in figure 2, the price of anhydrous ammonia fell 40% ($78 per acre to $38 per acre) and accounted for more than half of all fertilizer expense savings (55% of the total decline). On the other hand, DAP prices fell 33%, and potash price fell 46%. 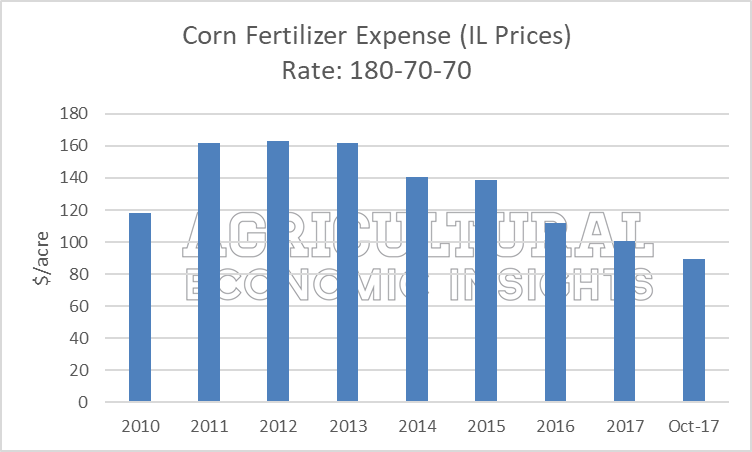 Keep an Eye on Nitrogen Prices

Anhydrous ammonia prices have fallen 23% from spring prices, but smaller declines have been observed with other nitrogen fertilizers. Urea prices have declined 6% while the price of 28% liquid nitrogen has declined 13%. The non-uniform decline in prices has created an interesting price dynamic among sources of nitrogen.

Throughout 2016, the relative prices were below the averages as urea was mostly 1.10 times and 28% was around 1.30 times. By early 2017, prices returned to the average levels. 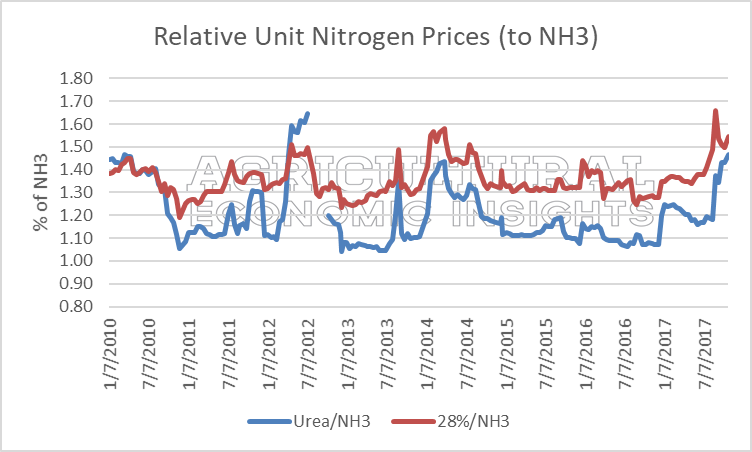 The declines in fertilizer prices have been an important source of crop budget improvements in recent years. While the price for anhydrous ammonia has declined the most, all forms and sources of fertilizer are well below the highs reached between 2011 and 2013.

Using current fertilizer prices, corn fertilizer expense in 2018 may be around $89 per acres for an application of 180-70-70 – the lowest levels in eight years. Furthermore, this would be 11% lower than in 2017 and mostly driven by lower anhydrous ammonia prices.

Looking to 2018, producers should keep an eye on the price relationship among nitrogen fertilizers. In recent months, the prices for urea and 28% have increased relative to anhydrous ammonia. For liquid 28% and urea, relative prices have reached highs not seen in recent years.