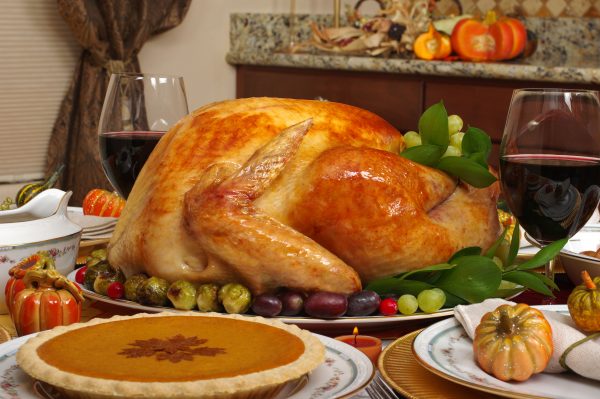 Following tradition, we depart our regular advertisement/sponsor-free content and, instead, share a Thanksgiving Reading list. We hope you enjoy this year’s list… and who knows, maybe one of these stories will come in handy at the dinner table.

With tax reform square in Congress’s sights, all sorts of proposals, amendments, and confusion will fly between now and the first of 2018. It seems, however, one change could leave farm landowners facing higher taxes. While a lot can, and will, change between now and any tax law change, the current proposal would make farmland rental income subject to self-employment taxes. Again, this all can, and likely will, change in the coming days and weeks.

It seems the biggest news out of the Federal Reverse Bank in 2017 – which everyone has been watching for interest rate increases- comes in the form of a new Chair. Trump broke with tradition when he recently announced he would not reappointing Janet Yellen for a second term. Instead, Trump picked Jerome (Jay) Powell, a lawyer by training and a member of the Fed’s board of governors since 2012. Powell will be the fourth Chair since the late 1980s: Janet Yellen 4 years (2014-2018), Ben Bernanke 8 years (2006 – 2014), and Allan Greenspan 18 years (1987-2006). Read more about Jerome Powell here.

Robotics will soon be an important part of our everyday life. For some dairy farmers, they already are. But here is a look at some of the significant challenges robots face… like door knobs. Here is a humorous video capturing robots falling down:

It looks to be another jolly holiday season for retailers as consumer holiday spending is expected to be higher by as much as 4% this year. This is especially the case for non-store sales – kiosks, catalog, and online- which are expected see sales as much as 15% higher. As a result, seasonal holiday hires will likely be lower this year.

Fun fact: Compared to last year, 2017 will have one more holiday shopping day between Thanksgiving and Christmas.

The American Farm Bureau found Thanksgiving this year will be a little cheaper (75-cents) than last year. Lower turkey prices are the key culprit. Thinking about steak instead or turkey? For even-money, you can trade 4.88 lbs of turkey for 1 lb of steak (on a $ per lb basis).