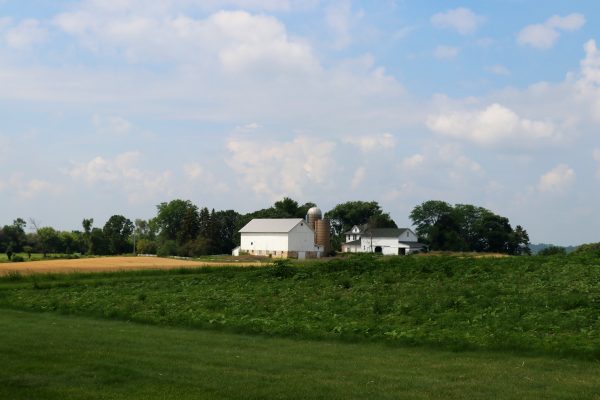 Government farm program payments have frequently provided the sector a cushion during tough economic times.  With the development of a new farm program right around the corner, government farm programs will again capture the attention of farmers and agribusinesses. This week we put the magnitude of recent payments in perspective and examine how support has changed in the recent farm downturn.

The USDA’s Economic Research Service (ERS) recently released a new forecast of 2017 farm income and estimated that farm program payments would decline slightly in 2017.  They estimate the government will provide payments of $11.2 billion in 2017.  In real dollars this represents a 15% decline from 2016.  This decline is rather substantial given that the value of agricultural production only increased by 0.3% in 2017. 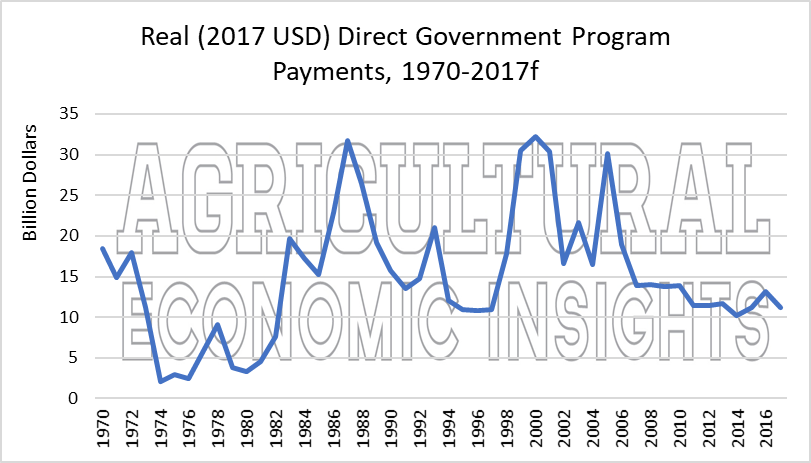 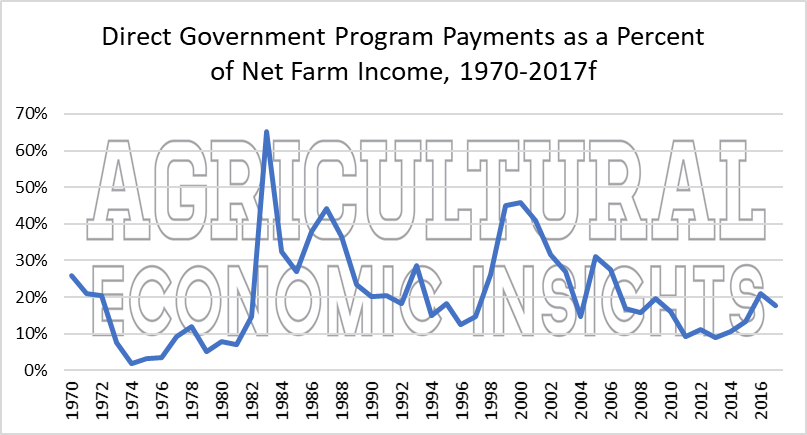 We have been discussing the expected decline in ARC-CO payments for some time.  This projected decline started to become reality in 2017.  Figure 3 shows how spending on the ARC, PLC, and conservation programs has changed from 2015-2017.  After increasing in 2016, spending on ARC programs declined sharply in 2017.  ERS estimates that the 2017 payments from ARC will be the lowest yet.  This contrasts with PLC expenditures which have steadily increased over the life of the bill.  Compared to last year, ARC spending is forecast to decline by 40% and PLC is set to increase by 57%.  On the other hand, conservation program spending has remained relatively flat. 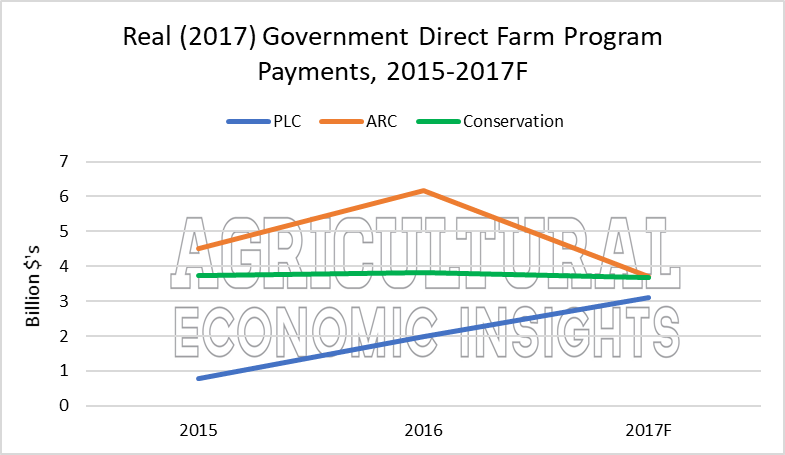 Given the structure of the ARC program with its declining price guarantee and reports of strong yields in 2017, one can likely expect that this trend toward lower ARC program payments will continue for payments received in 2018.  On the other hand, PLC payments which only depend on price levels will likely continue to be strong in 2018.

As we travel through farm country, one of the most persistent complaints we hear from farmers is that property taxes are high and increasing.  The ERS estimates both direct government program payments and property taxes and fees paid to governments. This results in an estimate of net government transactions. 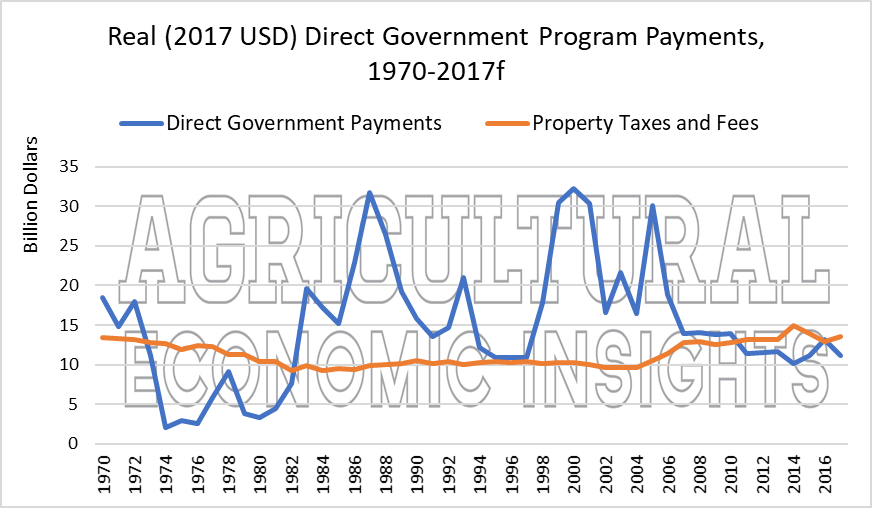 In real terms, direct government program payments are well off levels seen the last economically challenging times in the farm sector.  Although absolute levels are down, farm programs account for roughly one-fifth of US net farm income. When one considers how property taxes and fees have increased in recent year, net government transactions in the farm sector are negative. This is a rather uncommon occurrence in the context of history.

While it is not necessarily common to see negative net government transactions in agriculture, one must be prepared for this to persist.  It seems rather unlikely that property taxes and fees will undergo a meaningful decline in the near future.  On the other hand, it does appear quite likely that direct government program payments will decline. This is due to the fact that most farmers enrolled in the ARC programs and payments under ARC will likely decline as revenue guarantees ratchet lower.

In the past, farm program payments have generally increased in a difficult agricultural economy.  Under the current program, direct payments are declining and likely to continue to do so.  Legislators will have many things to consider when writing the new farm bill. How that discussion plays out will likely have large consequences for the farm sector.