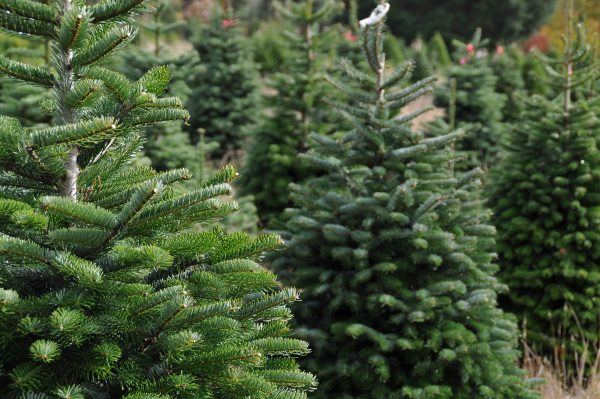 With Christmas just a few weeks away, we wanted to explore the trends in Christmas trees. More specifically, this week’s post dives into the USDA’s 2014 Census of Horticultural Specialties to share five Christmas tree facts.

In 2014, 3,386 U.S. Christmas tree farms harvested 19.9 million Christmas trees. Given it takes several years to grow a Christmas tree (an average of seven years), there are hundreds of millions of Christmas trees growing at any given time. In 2014, 160 million trees were growing on 178,000 acres; or 900 trees per acre.

When producers were asked about the timeline for harvesting their tree inventory, a downward trend was observed (figure 1). For 2017, 19.7 million trees were expected to be harvested, down slightly from recent years. By 2021, however, only 17.5 million trees are expected, a 12% decline from 2014 levels. 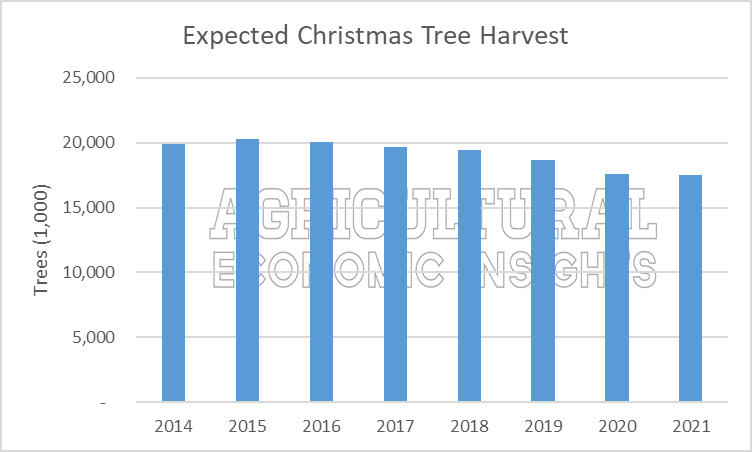 2) Most Christmas Trees are Sold Wholesale

Across the country, farms reported only 13% of their harvested Christmas trees were retail-sold.

In terms of dollars, however, direct, retail sales account for a much larger share. In 2014, more than one-third (36%) of the value of Christmas tree production was from retail sales.

Michigan (7% of total trees harvested) and Pennsylvania (4%) are the third and fourth largest producers.

4) The Most Popular Tree…

Three species dominate the Christmas trees raised in the U.S. (Figure 2). The most popular is the Fraser Fir and accounts for 39% of all trees harvested in 2014. The Nobel Fir (24%) and Douglas Fir (20%) are also quite popular. Combined, these three trees accounted for 83% of the harvested trees in 2014. 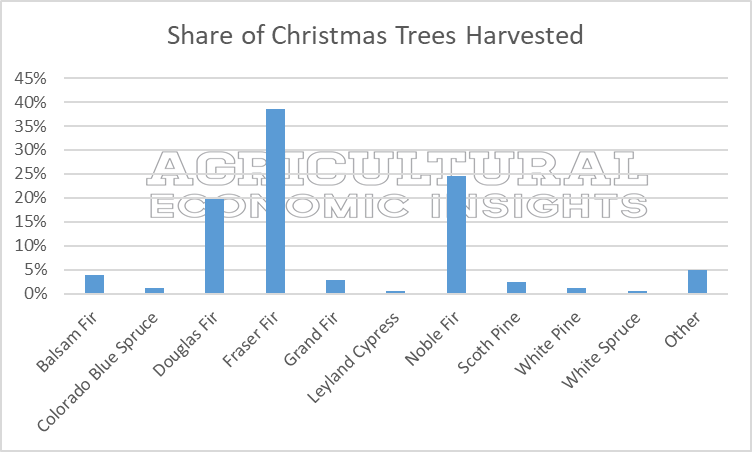 5) The Most Expensive Tree…

Considering only the Christmas tree retailed by farms, figure 3 shows the average farm-retail value of the trees by various species. The most expensive trees were the Colorado Blue Spruce ($45) and Leyland Cypress ($47). At lower price points were the Noble Fir ($23) and Grand Fir ($30). 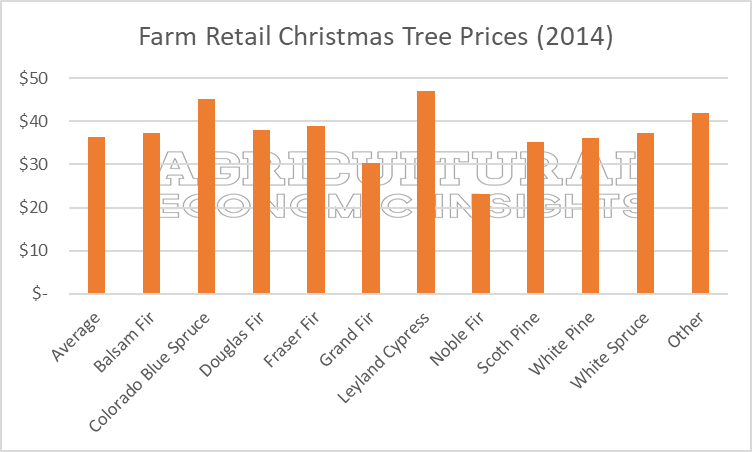 The 2017 Agricultural Year in Review