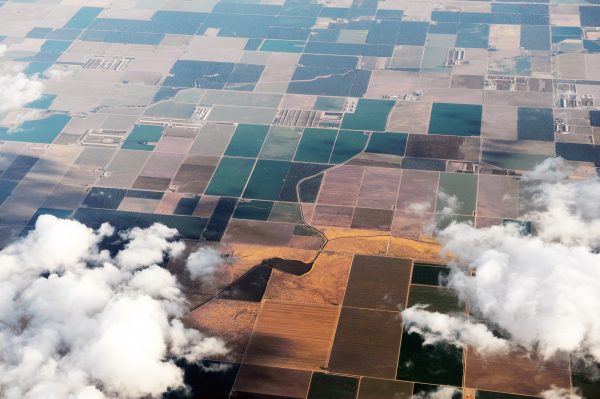 In a recent article on land values we began the discussion by examining cash rental rates and farm financial conditions. This week we look at farmland valuation. 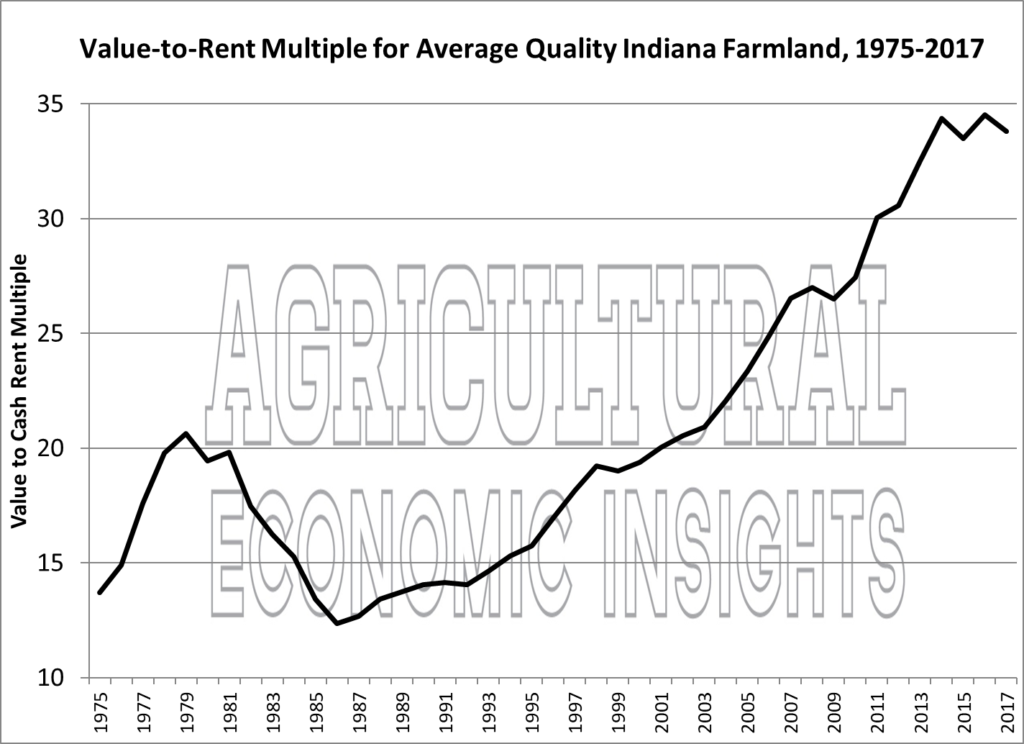 According to the Purdue Farmland Value survey, the 2017 cash rent multiple for average quality Indiana farmland was 34.  This meant that average quality Indiana farmland was currently being valued at 34 times the cash rent.  As one can see, this is among the highest multiples seen in the data, but off slightly from recent highs.  While this graph is made from Indiana data, similar multiples would be seen in the USDA data for most corn belt states.  The essential point is pretty clear.  Today, investors are willing to pay more for current earnings than at most times in history.

There are a variety of reasons that one might be willing to pay a high multiple.  First, you might expect that these current earnings will grow in the future.  For instance, if you expect cash rents to grow rapidly, paying a high multiple for today’s earnings would be sensible.  However, as we discussed two weeks ago, current economic conditions don’t suggest that rents will be increasing rapidly in the near future. In fact, they have been trending slightly lower.  However, one must remember that conditions can change rapidly.  Perhaps investors expect that earnings will increase in the future.

Another reason that people are willing to pay a high multiple for farmland is that the other options available to them are not attractive either.  We often examine this by looking at interest rates on alternative investments as a proxy for opportunity costs.  If the opportunity costs for capital are low, investors are often willing to accept low rates of return on farmland.  This is best seen by taking the inverse of the multiple, which is commonly called the farmland capitalization rate.  It is calculated by dividing cash rent by farmland prices. 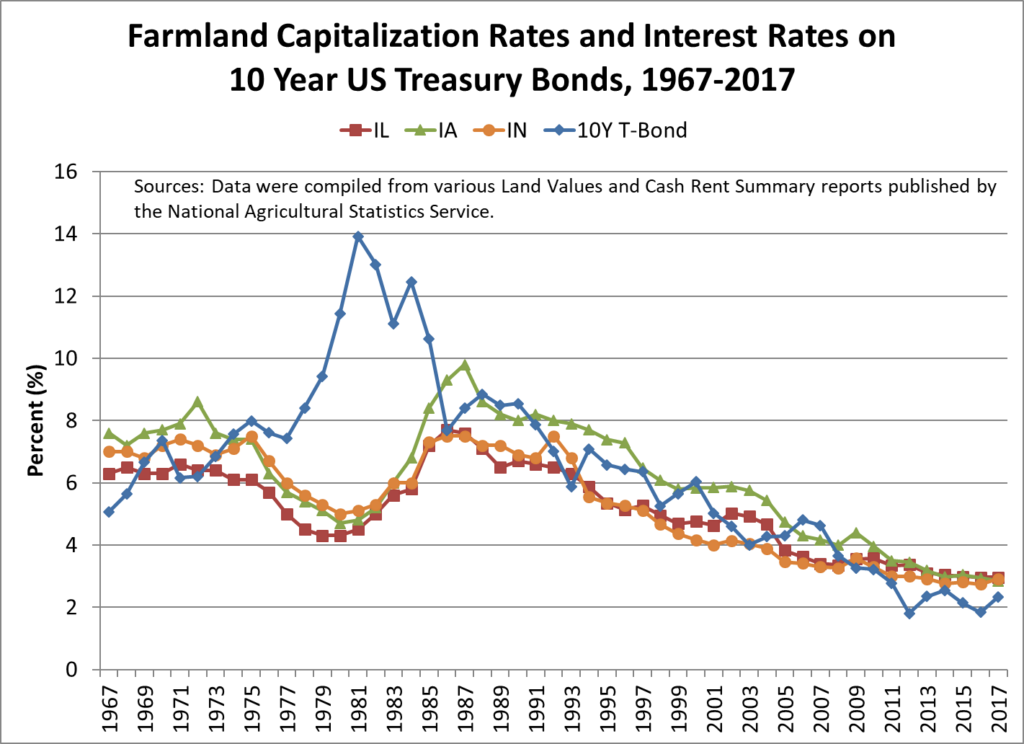 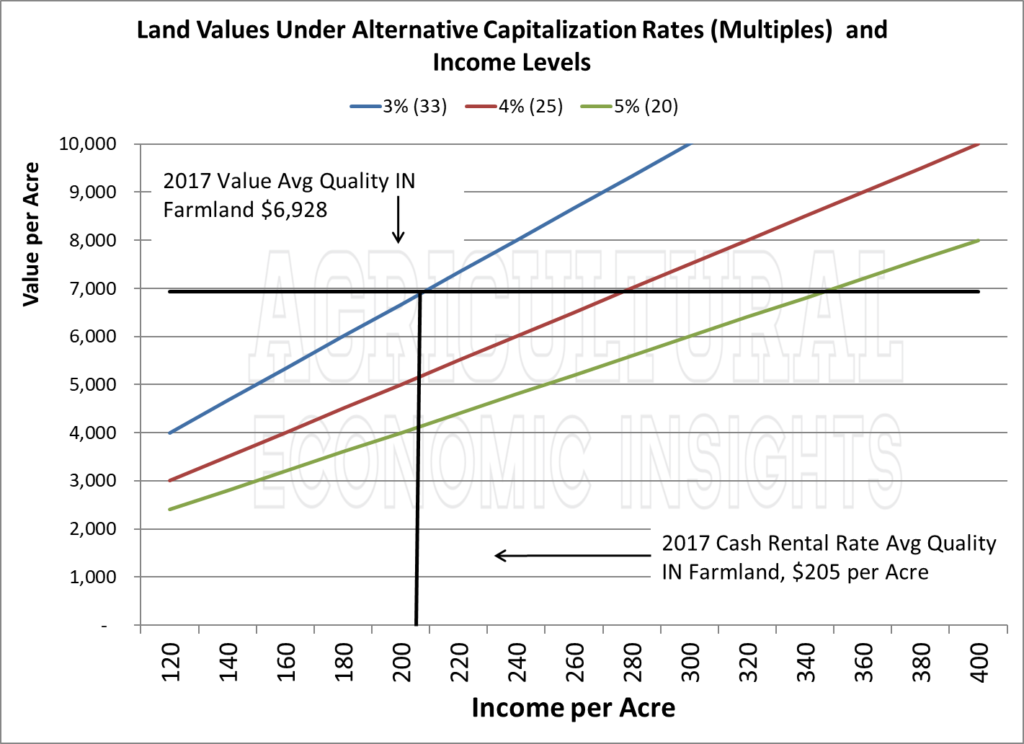 Sometimes we are asked how this relates to current commodity prices.  With a couple of assumptions one can draw a similar graph with corn price on the horizontal axis.  In order to do this we need to make an assumption about how cash rent relates to gross revenue.  In this example, we will assume that farmers bid cash rent at 30% of gross revenue.  While one can quarrel with this assumption, let’s use that value for now.  As an aside, we would argue it probably should be lower if anything, but we will leave that for another day.

Given that rent would account for 30% of gross revenue and the estimate of current yields on average quality Indiana farmland of 169 bushels per acre we can calculate the implied corn price.  For example, a rent of $205 per acre divided by 30% yields an implied gross revenue of $683 per acre.  At a yield of 169 bushels per acre, this implies a corn price of $4.04 per bushel. 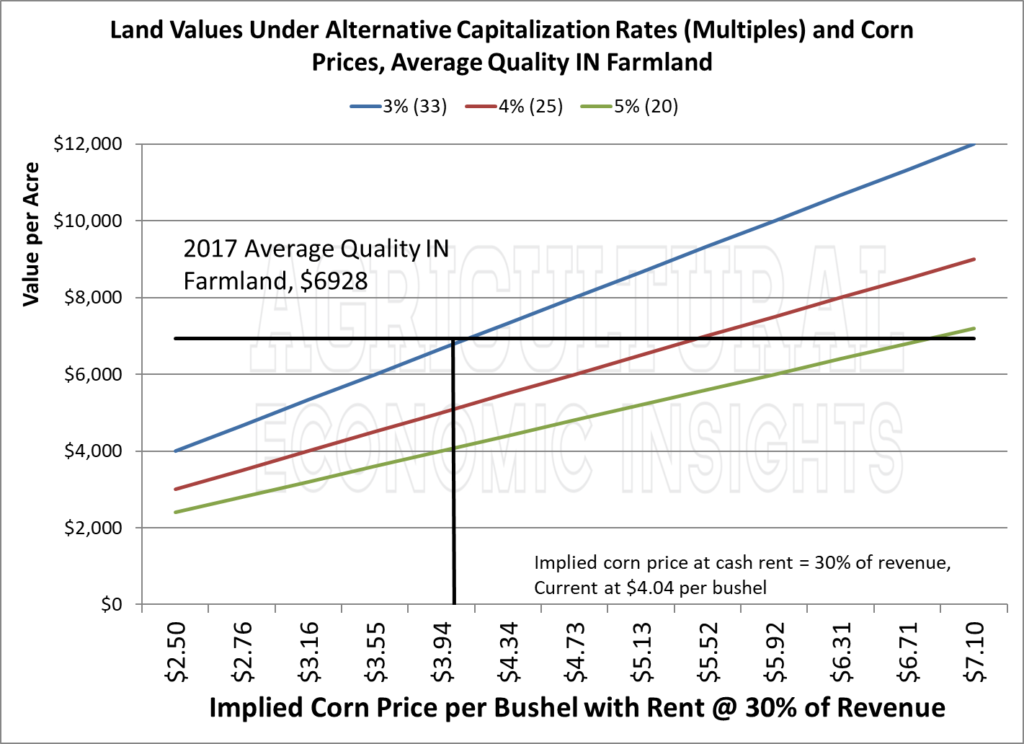 Overall, farmland in many areas of the country appears to have held up well, despite the farm economic downturn.  Although there have been slight declines in cash rental rates, farmland buyers have continued to pay a high price for current earnings.  The capitalization rates on farmland remain near the lowest levels seen in the last 40 years.  This has coincided with interest rates that are also at very low levels.

At present, it appears that stubbornly high cash rents and low interest rates are supporting farmland values.  As we discussed in part one of this series, cash rents are likely to remain under pressure and farmers financial conditions are unlikely to improve until commodity prices recover.  Given current return levels, it does not appear that farming is profitable at most prevailing cash rent levels.

The low interest rate environment and associated low capitalization rates on farmland are also providing strong support for farmland values.  Because rates are so low, relatively small changes can have a large impact on prices. If rates were to begin to move upward, this could put considerable pressure on farmland values.

How Good? A Look at Recent Corn…