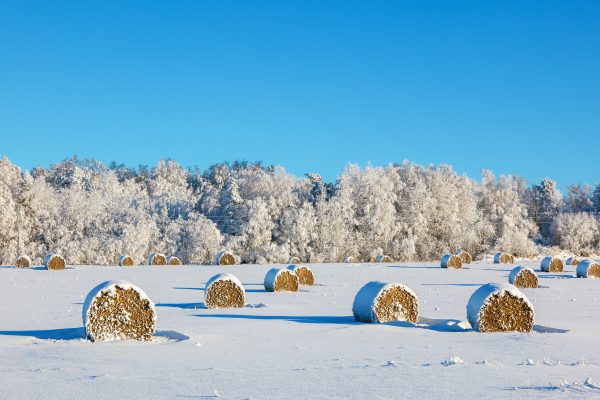 Earlier this month the USDA provided the first estimate of 2018 net farm income. After a slight increase in sector income in 2017, net farm income is expected to turn lower in 2018. This week’s post digs into the latest results.

As we have pointed out in earlier posts, net farm income has historically spent considerable amounts of time near, or slightly below, the long-run average. The late 1980s through early 2000s was such a period.

In a big-picture sense, net farm income is currently forecasted to be mostly sideways since 2016. The last three years have stayed slightly above the lower black line ($56.2 billion) but remains well below the long-run average ($82.6 billion). 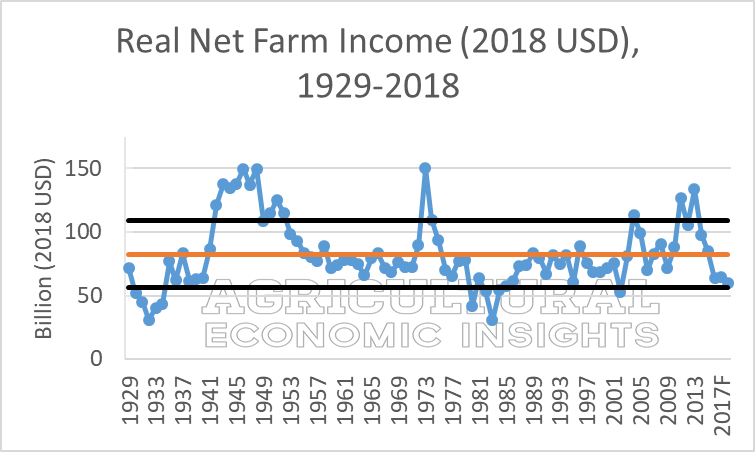 …But it is Early

There are two key points to keep in mind from figure 2. First, the estimates of net farm income often vary significantly. Including 2017 (which could still face significant adjustments in coming months), the average difference from the high to low range of forecasts has been $17.5 billion.

The second important point is that net farm income in 2018 is forecasted higher than what earlier estimates expected. For both 2015 and 2016, previous USDA forecasts for those years estimated income below the current 2018 estimate. This is to say that prior forecasts have been bleaker than even the current 2018 forecast. 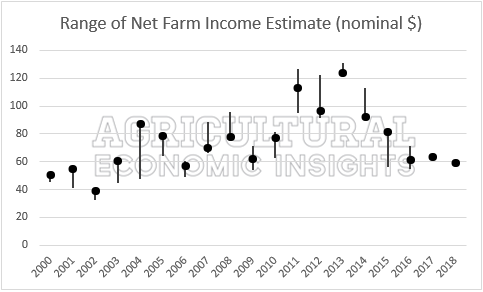 The challenges of today’s farm economy are not isolated to declining net farm income. Currently, producers, as a whole, have more debt than just a few years ago. Shown in figure 3 are indices of sector-level net farm income, total assets, and total debt. The base period for the indices is the average of 2000 to 2003 (100 = 2000 to 2003).

At 179, total farm assets are well above the base period and only slightly below 2017 highs (180). Farm debts have followed a similar trend, peaking at an index value of 163 in 2017 and currently only slightly lower in 2018. 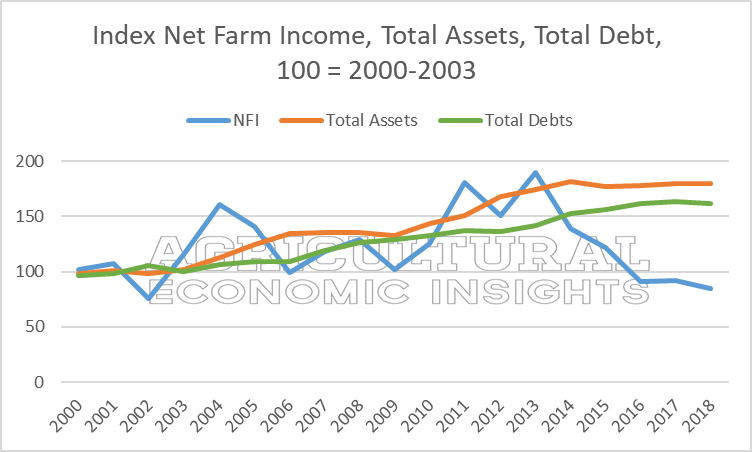 Table 1 provides a slightly different way of considering trends in farm income, assets, and debt. More specifically, the table shows the percentage change in these categories from 2013 to 2018, and from 2017 to 2018.

Net farm income since 2013 has declined 55%. Adding to the challenges, total farm debt increased 14% while total farm assets only increased 3%. Declining farm income occurring while debts increased – and at a rate faster than assets – results in sector-level financial ratio trending unfavorably. Brent has evaluated this more specifically in earlier posts.

The USDA’s initial estimate of net farm income in 2018 is lower than 2017 and 2016. However, net farm income has been similar over the last three years and well below the long-run average.

With regular farm income forecast updates, it can seems like a steady stream of headlines reporting “lower farm income.” In reality, conditions, especially in 2015 and 2016, turned out better than early forecasts expected. Specifically, the USDA’s report in February 2016 – which included the low 2015 and 2016 forecasts – was particularly bleak and conditions have not been as severe as expected just two years ago.

The forecasts for 2018 will be subject to revisions throughout 2018 and can be subject to large adjustments even into 2019 – when changes in assets and capital consumption are better known. It is important to keep in mind that significant adjustments to net farm income have been frequent in the past.

Finally, careful attention will, again, need to be made with changes in farm income, assets, and debt in 2018.