Good news for U.S. agriculture: consumers are eating more meat. After turning lower on the heels of the Great Recession, U.S. meat consumption – including beef – is expected to continue higher into 2018. This week’s post takes a look at consumption trends and what the USDA expects for 2018.

Throughout this post, we will talk about per capita consumption. It is important to note the USDA reports these data as per capita meat disappearance. This measure is the residual of production, beginning and ending inventories, import, and export data. In other words, the USDA does not explicitly measure consumption but offers a proxy measure that is essentially consumption. When discussing consumption, we are truly reporting the USDA’s measure of meat disappearances.

Figure 1 shows the per capita consumption of total red meat and poultry since 1970. After peaking at nearly 222 pounds in 2007, total meat consumption collapsed, corresponding to the U.S. Great Recession, to a low of 202 pounds by 2013. Overall, U.S. per capita meat consumption declined 9% in seven years. 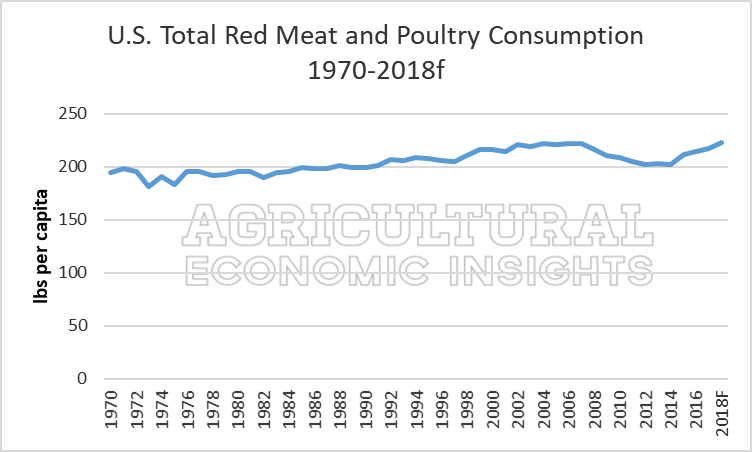 If the current estimates hold true, U.S. per capita consumption of red meat and poultry will reach a historical record in 2018, one pound above pre-recession levels. 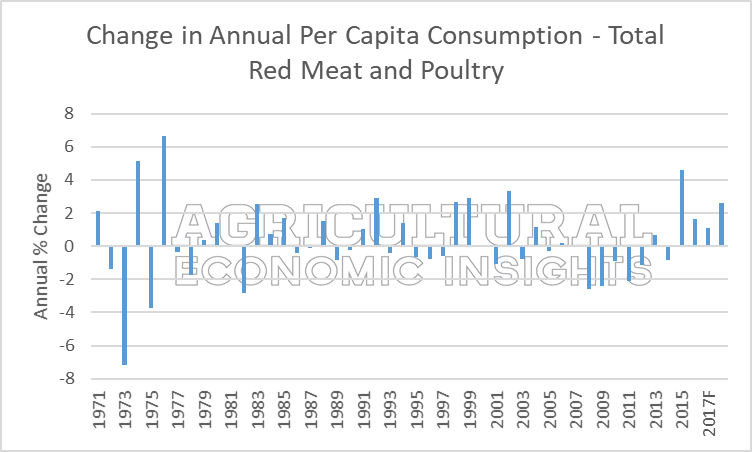 Figure 2. Annual Change in Per Capita Consumption of Total Red Meat and Poultry, 1971 to 2018. Data Sources: USDA ERS and WASDE. 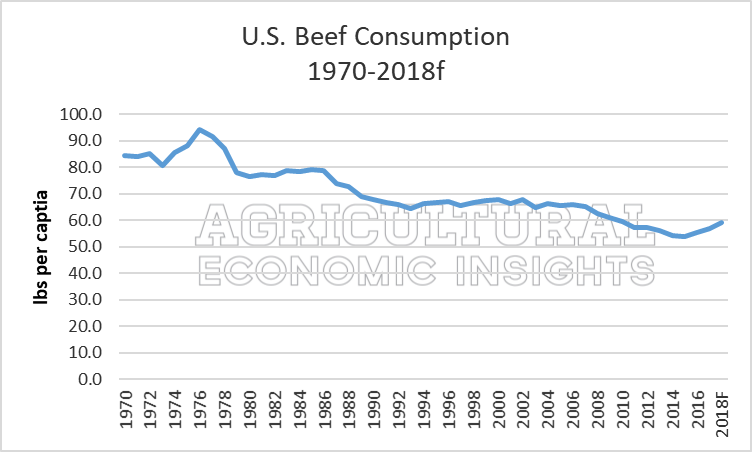 Beef consumption has rarely had three consecutive years of growth (figure 2). Recently, however, annual changes in consumption have exceeded 2% annually since 2015. The last three years have been the best growth in per capita beef consumption since the early 1970s. 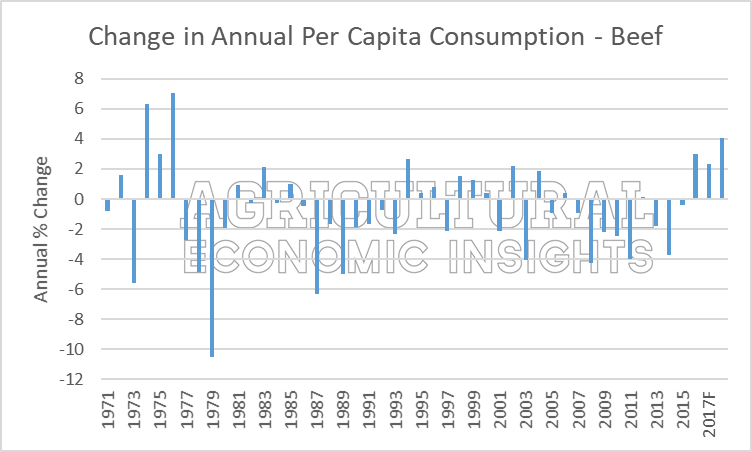 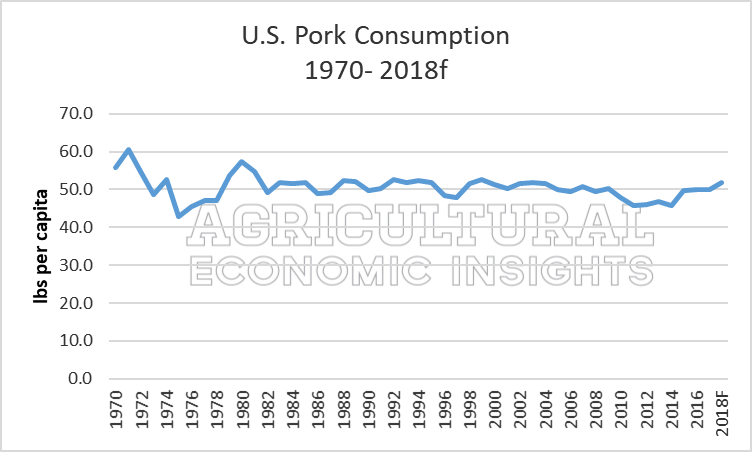 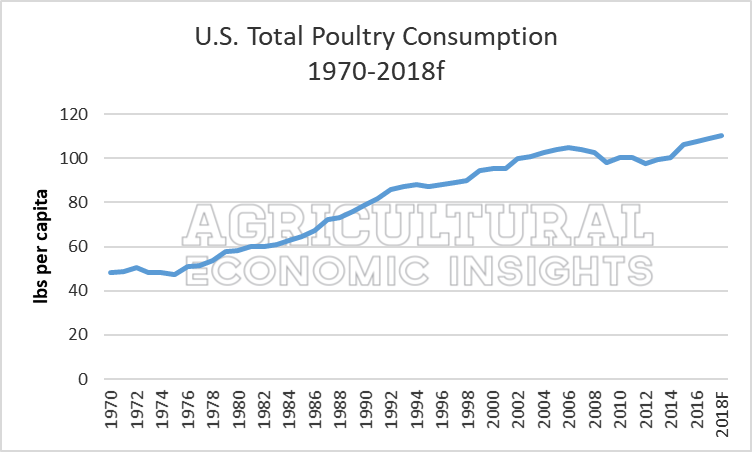 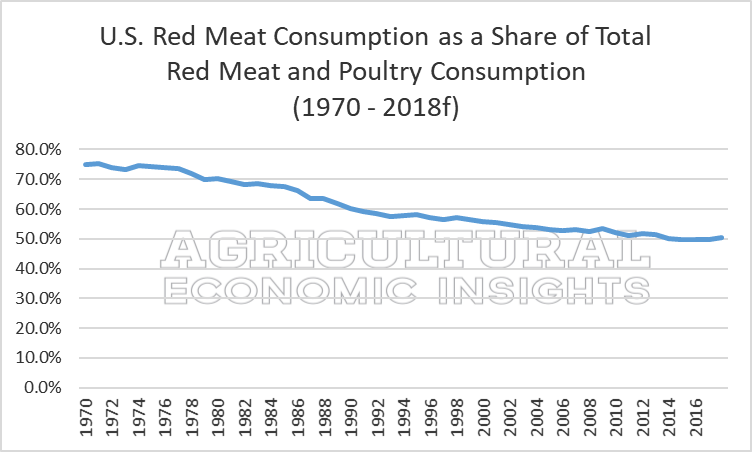 Per capita meat consumption in the U.S. is expected to increase in 2018. This is important, good news for agriculture.

For poultry, the increase is a “return to normal” as strong growth in per capita consumption has been the norm for nearly five decades. For pork, the increase returns consumption to the long-run, stable levels.  Beef consumption, which has mounted its most substantial growth since the early 1970s, has yet to return to pre-recession level.

In total, meat consumption (total red meat and total poultry) is expected to set new highs in 2018. Forecasted at 223 pounds per person per year, consumption would be 1 pound above the previous, pre-Recession highs.