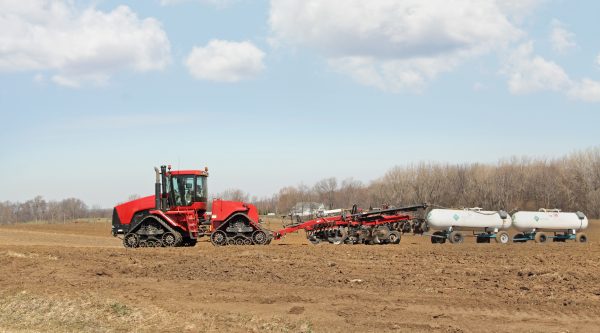 Figure 1 shows the trend in fertilizer prices for three select products- anhydrous ammonia, DAP, and potash- from 2015 through March 2018. As noted earlier, the trend has been for lower fertilizer prices. Anhydrous Ammonia, for example, was more than $725 per ton throughout most of 2015 before falling to as low as $400 per ton last Fall. More recent, anhydrous ammonia prices have crossed back above $500 per ton.

DAP and potash prices have also trended lower. DAP prices, which were more than $550 per ton three years ago, retreated to the $400 per ton level in 2017. Current DAP prices are more than $450 per ton.

Similarly, potash prices reached a low in late 2016 but have since turned higher. 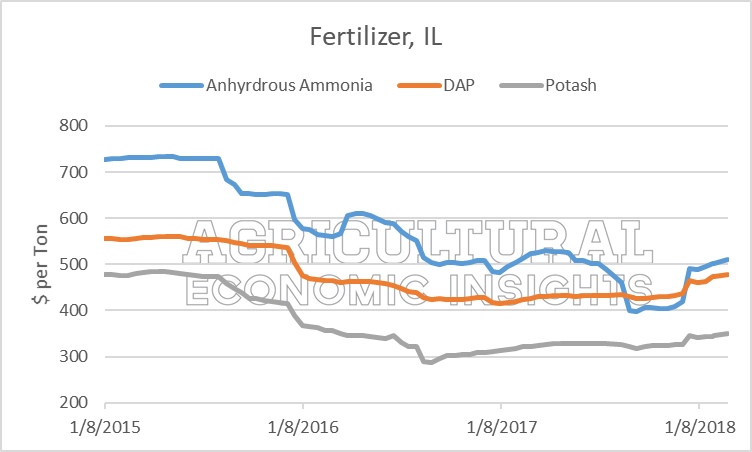 First, nitrogen prices have not adjusted uniformly since last spring. This is something we noted in the October 2017 post. Specifically, anhydrous ammonia and liquid (28%) forms of nitrogen are lower (-3% and -4%) while urea prices as 4% higher. 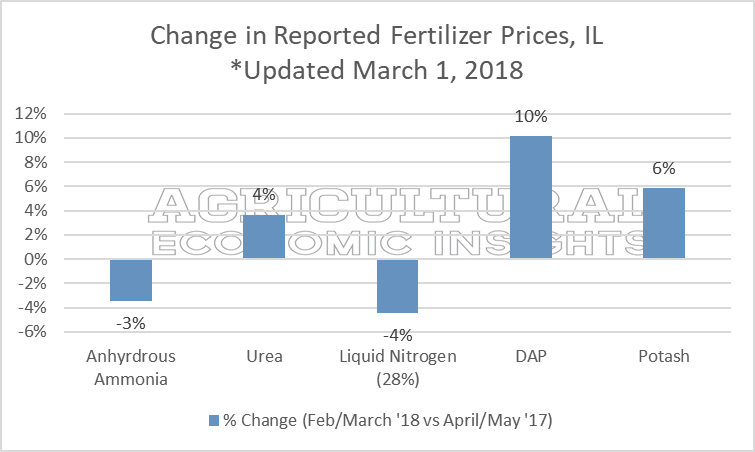 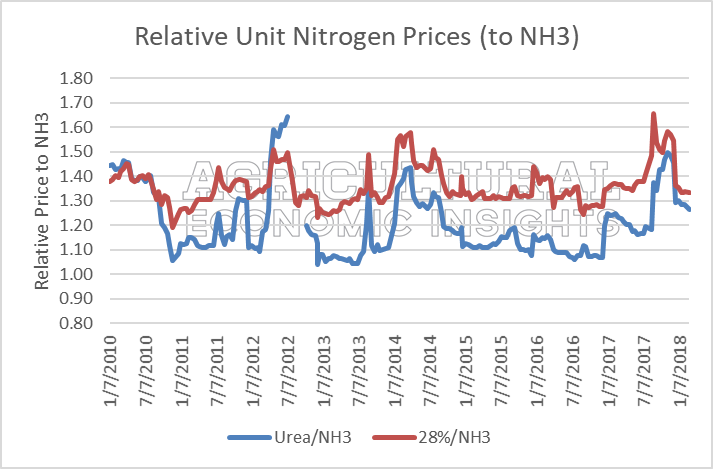 The field level implication of changes in fertilizer prices is shown in figure 4. Fertilizer expense reached a high of more than $160 per acre in 2011, 2012, and 2013 before turning lower in recent year. The assumed corn fertilizer application rate of 180-70-70 (using anhydrous ammonia for nitrogen) cost $101 per acre in Spring 2017.

Last Fall, the expense for this fertilizer rate reached a low of $89 per acre. Given recent prices, corn fertilizer expense is currently $103 per acre. This is slightly higher – but mostly unchanged – from 2017’s expense ($101 per acre). 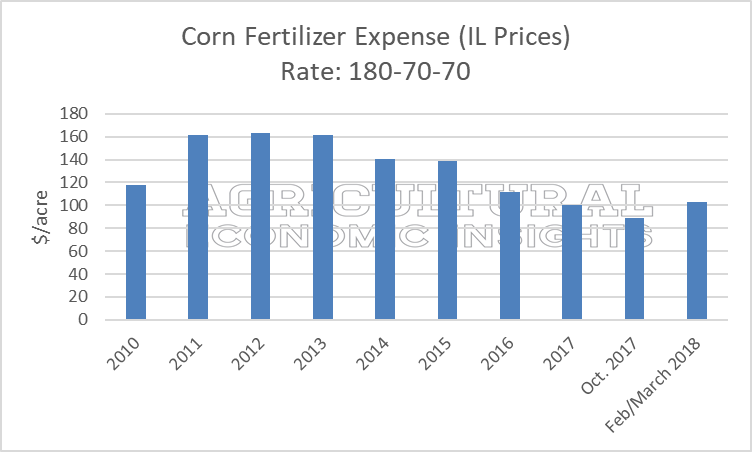 As always, the farm-level impact of fertilizer prices will depend on several factors. First, prices changes can vary by fertilizer products. For example, compared to Spring 2017, some nitrogen fertilizer products are lower priced while others are higher (Figure 2). The second source of farm-level variability is the timing of producers’ decision to price fertilizer. This will likely be a year that many remember and cite for locking-in Fall fertilizer prices. Anhydrous ammonia prices are almost 25% higher than in October 2017.

Lower fertilizer prices have been a major source of improvement in crop budgets. The application of 180-70-70 in 2018 is nearly 35% less than five years ago.