Last year we wrote a post looking at harvested acres and found the share of planted acres taken to harvest can vary from year to year. This variability was not a surprise, and we noted this could be an overlooked source of changes in production. This week we take a deeper look unharvested crop acres, or abandoned acres, to evaluate the impact on production.

For this post, planted acreage, harvested acreage, and trend yield data from 1990 to 2017 were considered. More information on trend yields can be found here, here, and here.

For corn, soybeans, and winter wheat, Figures 1, 2, and 3 show the annual impact of harvested acres and yields on departures from baseline production. Each data point represents a year, and the axis corresponds with how production departed from baseline production. The impact of changes in the share of acres harvested is shown along the horizontal axis while the vertical axis reports the impact from above/below trend yields.

While the impacts are often small, there have been years where changes from harvest acres have been quite large. Furthermore, these larger impacts typically arise from decreases in production. 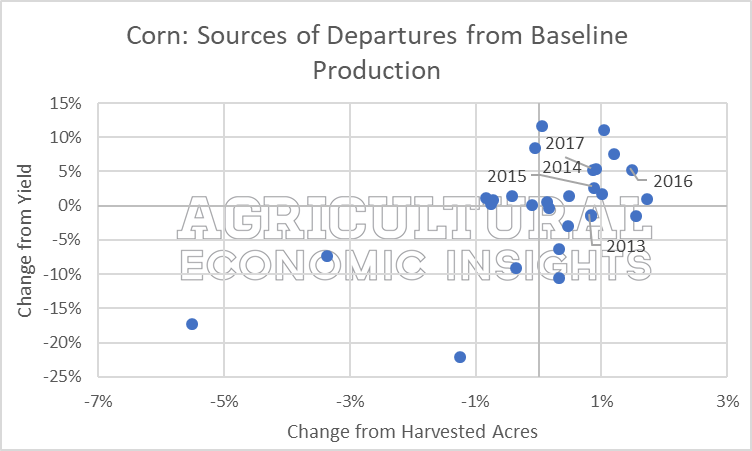 Figure 1. Sources of Departures from Baseline Production for Corn, 1990 to 2017. 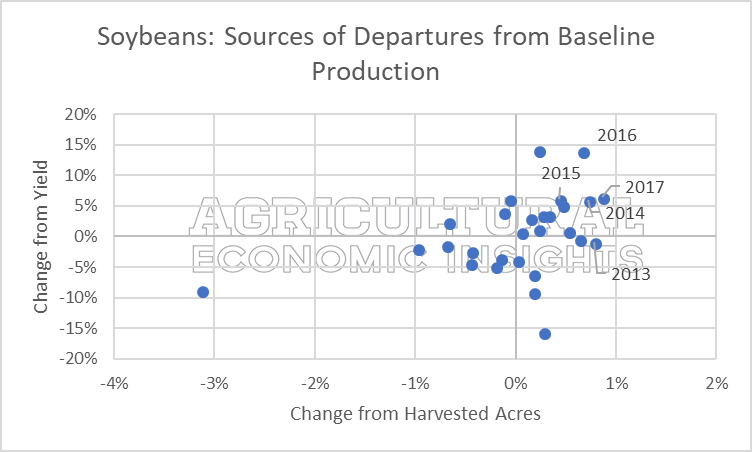 Figure 2. Sources of Departures from Baseline Production for Soybeans, 1990 to 2017. 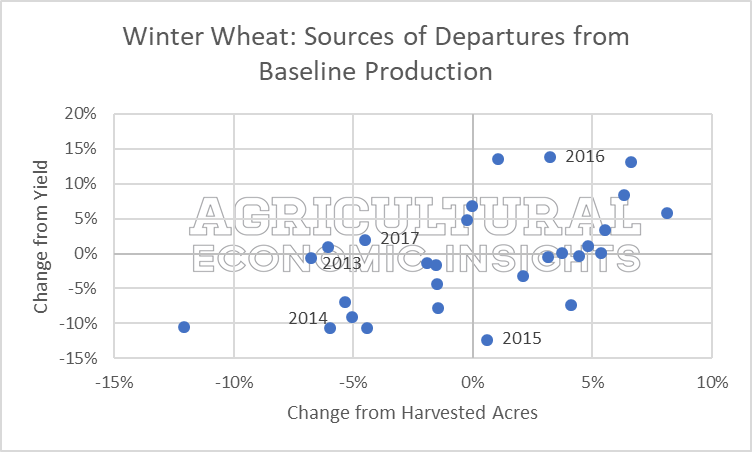 Figure 3. Sources of Departures from Baseline Production for Winter Wheat, 1990 to 2017.

In all cases, the correlation between harvested acres and yield are moderately strong and positive. This means that year’s with above (below) trend yields often correspond with a larger (smaller) share of acres harvested. This partially contributes to the old adage of large crops get larger, and small crops get smaller.

When comparing across crops, soybeans have had the smallest impacts from harvested acres while winter wheat has had the most. Since 1990, baseline winter wheat production has been boosted by as much 8% from an increase in harvested acres and decrease by as much as -12% from an uptick in abandoned acres. While the impacts of yield are often much larger than any from acreage, this isn’t always the case. Since 1990, winter wheat has faced adverse impacts to production – relative to baseline production- of -12% from both acres and yield. (These events occurred in different years.) For corn and soybeans, the maximum and minimum impacts of harvested acres are much smaller than yield, but this difference is much smaller for wheat. 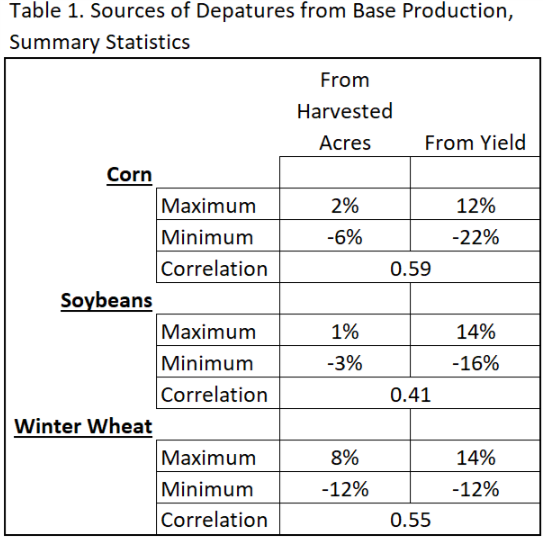 Across corn, soybeans, and wheat, the impact of harvested acres is often smallest for soybeans and most significant for wheat. In fact, a record share of abandoned acres reduced wheat production by as much as -12% from baseline in 2002.

Finally, the correlation between the impacts of yields and harvested acres is modestly strong, and positive. This makes intuitive sense but underscores the importance of not singularly focusing on yields. While recent corn and soybean yields been strong, those bumper crops have also been accompanied by an above-average share of harvested acres.