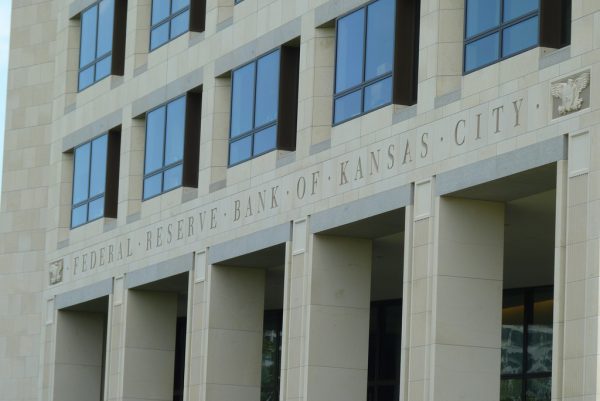 There are numerous measures to consider when thinking about the health of the farm economy. In earlier posts, we’ve written about net farm income, key financial measurements, and farmland values. The Kansas City Federal Reserve Bank surveys commercial agricultural lenders quarterly to glean insights about the farm economy from the perspective of agricultural lenders. This week’s post reviews the Kansas City Fed’s data on farm loan delinquencies.

Farm loan delinquency data are split into two categories: non-real estate and real estate loans. The share of non-real estate farm loans that are delinquent is shown in figure 1. More precisely, these data are for the fourth quarter of the respective year, allowing for meaningful comparisons across years while avoiding issues with seasonality.

The share farm non-real estate loans that were delinquent in the fourth quarter of 2017 was 1.65%. This was higher than the 2016 rate of 1.47%, and more than double 2014 levels (0.72%). While a headline noting farm loan delinquencies doubling in three years would be alarming, it’s worth considering the starting point. Farm delinquencies on non-real estate loans were at record-lows in 2014. Furthermore, current rates are below the average of data since 1987 (2.27%). In fact, current delinquency rates are among the lowest in more than 30 years. Historically, delinquencies have been lower than current levels only 10 out of the last 31 year, or 32% of the time. 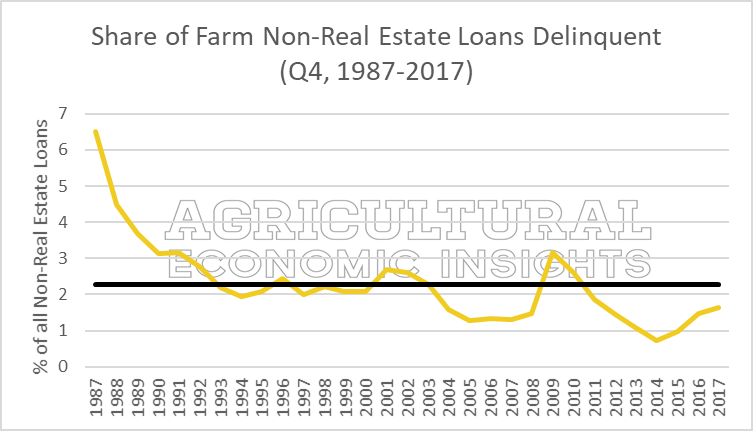 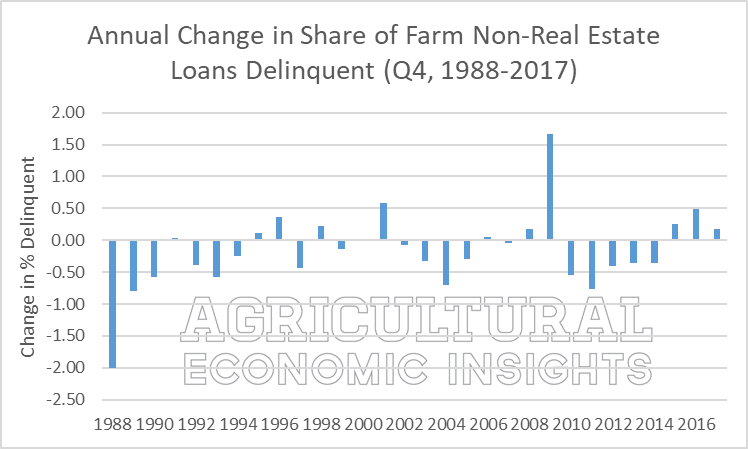 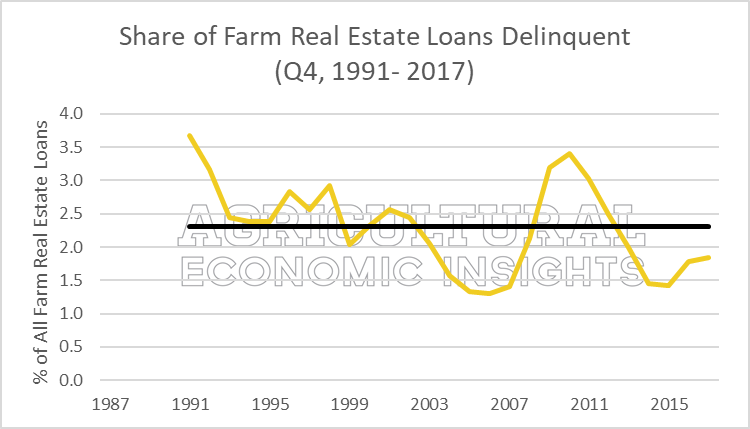 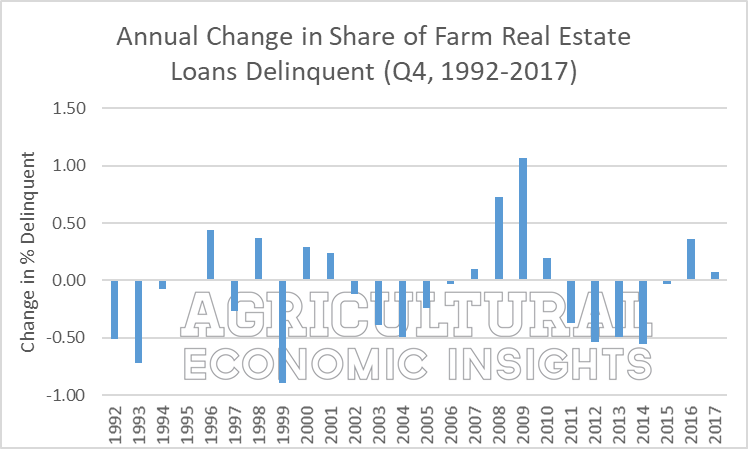 Second, even though the share of loan delinquent has recently increased, current levels remain on the low range of historical observations. Specifically, the current rate for both non-real estate and real estate loans remain below the long-run average. Most of this is attributable to a strong farm economy heading into the current slowdown. The starting point matters.

Finally, the situation can quickly change. Even though the share of farm loans delinquent is below levels seem throughout most of the 1990s and early 2000s, conditions can change rapidly.

Trade Disputes Heat Up, USDA to the…