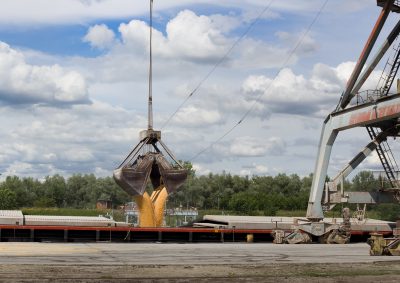 The USDA’s July WASDE report provided an early look at how U.S. soybean exports might adjustment in light of China’s recently imposed tariffs. As many have noted, the current report adjusted soybean exports for the 2018/2019 marketing year – the soybean crop currently growing – 11% lower than the June report. While this was a sharp change in expectations, it’s important to consider how current estimates fit into broader U.S. soybean export and Chinese consumption trends.

Figure 1 also shows exports as a share of production (blue, right axis). After accounting for 20-30% of production throughout much of the early 2000s, exports have since expanded to account for nearly 50% of production in recent years. For the 2018/2019 marketing year, soybean exports are expected to represent 47% of production.

That said, this is an early forecast and will likely change over the next several months. Keep in mind, the 2018/2019 marketing year has not started yet. As actual export data are realized, and/or trade relations evolve, expect this forecast and the soybean market to change.

One more point: the decrease in expected soybean exports represents a net change. This is to say that while exports to China are likely to decrease, exports to other buyers are expected to increase. For the 2018/2019 market year, the net change will be important to monitor. 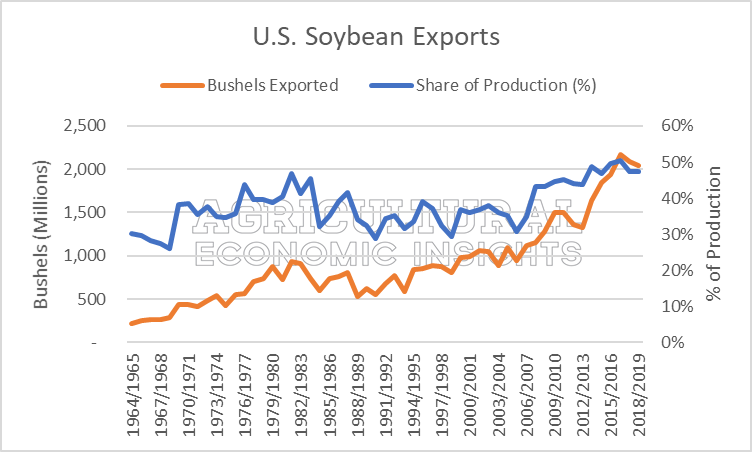 How Does China Adjust?

While much attention has focused on U.S. impacts, the WASDE report provides insights into expected changes in Chinese consumption and imports. Figure 2 shows the trend in consumption (blue) and imports (orange) over the last 18 years.

Two key observations are notable. First, the domestic consumption of soybeans in China is currently expected to be 5.2% higher in 2018/2019. Second, imports are expected to be down 2% from last year. How does an increase in consumption and decrease in imports happen?

As Figure 3 shows, China is currently expected to dip into ending stocks to make-up the difference. Over the last decade, China has maintained ending-stocks at more than 15% of use. Last year (2017/2018), ending stock reached 22%. Current estimates are for Chinese soybean stocks to contract sharply in 2018/2019; physical stocks to decrease by 18%, and the stock-to-use ratio to fall to 17%. 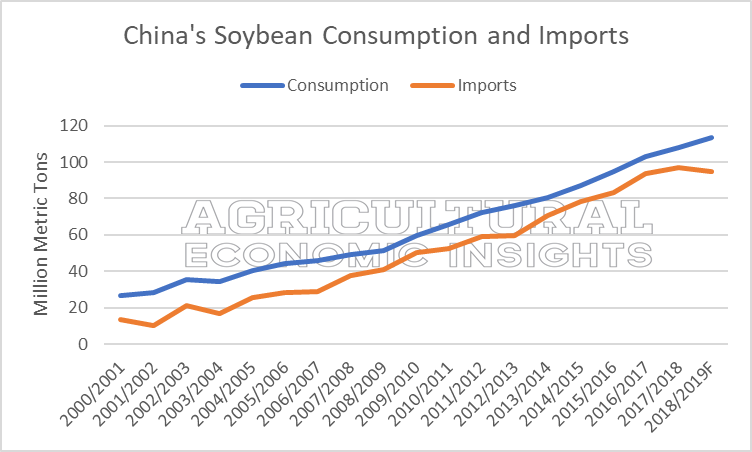 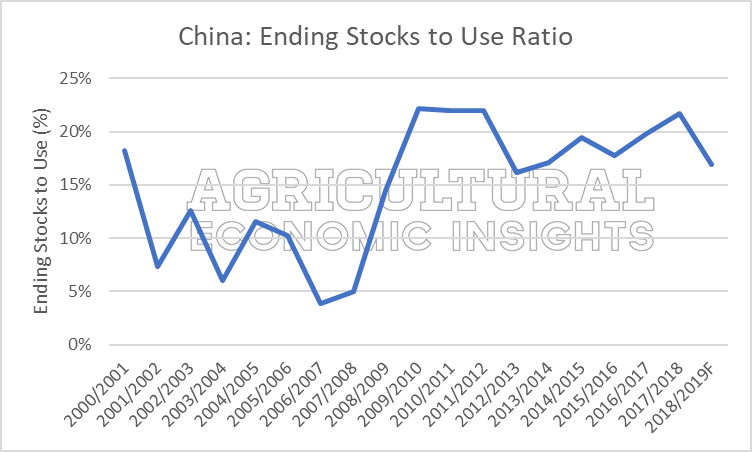 The 2018/2019 soybean marketing year – for the crop planted and harvested in 2018 – is shaping up to be a dynamic one. Still months away from harvest, soybean exports have taken center stage as current estimates reflect a second-year of decline. The decline in exports since 2014, a 6% drop, is equal to about 2.6 million acres of soybeans. Furthermore, expectations about 2018/2019 export have changed significantly in just a month.

The current trade situation has implications in China as well. Currently, China is expected to dip into historically strong ending stocks to balance increased domestic consumption with an expected decrease in imports.

When thinking about the current trade situation and possible implications, we believe it’s important to form expectations around specific measures. Rather than vague “it will be really bad” or “it will be just fine,” focus on 2018/2019 specifics such as 1) the likelihood of U.S. soybean exports exceeding 2.04 billion bushels, 2) the likelihood China’s domestic consumption increased by more than 5%, or 3) China contracting total soybean imports by more than 2%. In our minds, these are key measures to monitor over the next year as they will provide insights into how the market and trade landscape will being to sort out.