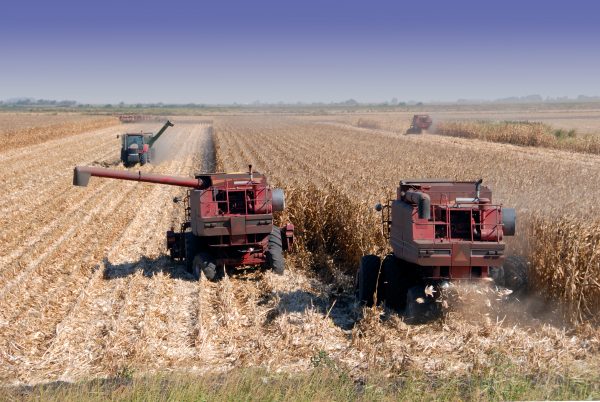 The latest data from the USDA’s ERS shows farms increased capital expenditures in 2017. For 2017, expenditures were $35 billion, up 16%.

It’s worth noting the USDA current has an estimate for 2018. This is a very preliminary estimate. A sound figure for 2018 activity won’t come until August 2019. 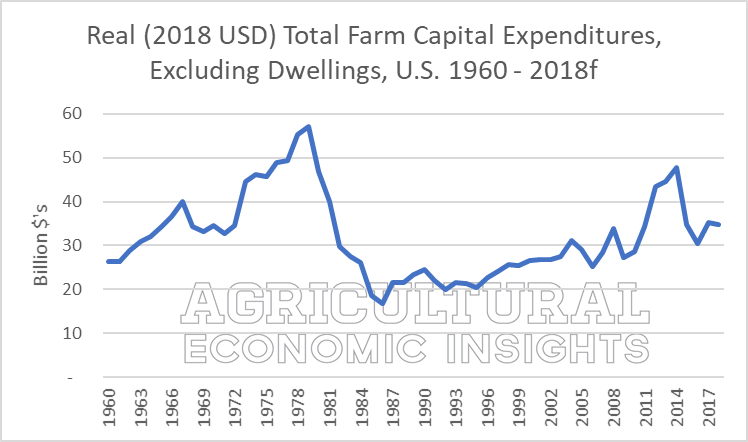 Two of the largest categories of farm capital expenditures are tractors and machinery. In 2017, these two categories ($9 billion for machinery and $7 billion for tractors) accounted for 53% of the total. Figure 2 shows how investments in these two categories have changed over time. Specifically, the data are indexed to the average from 2000 to 2002. This provides a measure for comparing how relative spending changed during the farm economy boom and slow down.

Farm machinery, however, didn’t peak nearly as high. As tractors reached an index value of 250, machinery peaked at 200. 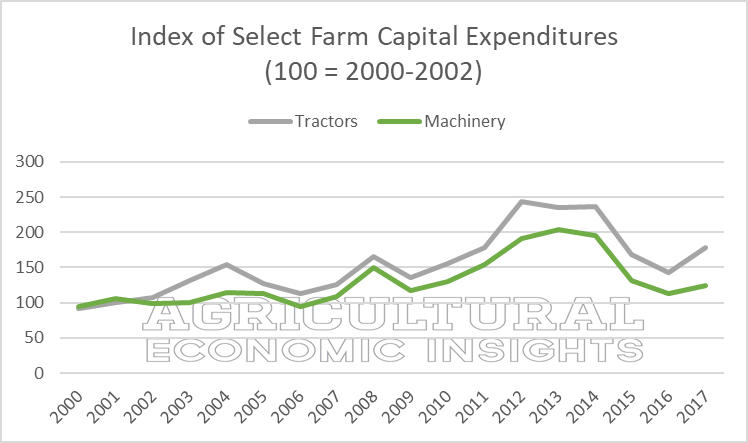 A final way of considering capital expenditure data is relative to the value of farm production (Figure 3).

The first thing to consider is how different this measure is today compared to earlier years. During the 1960s, 1970s, and early 1980s capital expenditures were a much larger share of the value of farm production. These older data are not very meaningful for providing insights into the current environment.

Given the narrow window for this measure over time, and the forecast declines in farm income and the value of farm production in 2018, a decline in farm capital expenditures in 2018 seems likely. 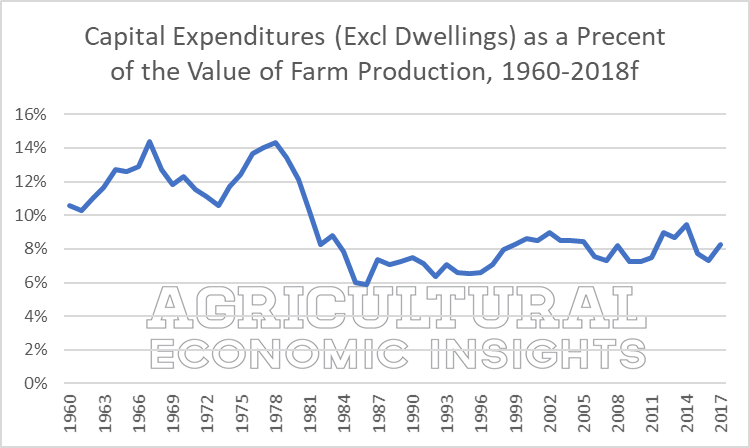 In recent years, the investment pattern across different capital items has not been uniform. Tractors and machinery, which account for more than 50% of investments, have followed a similar trend. However, tractor expenditures during the boom, and continuing during the slow-down, have been stronger than that of machinery.

Looking ahead, an expected decline in farm income for 2018 would suggest farmers are likely to, again,  enact cost-savings and cash-flow improving measures. This could likely lead to a dip in farm capital expenditures in 2018.