The Hard (or Easy) Part About Resolving the Trade War 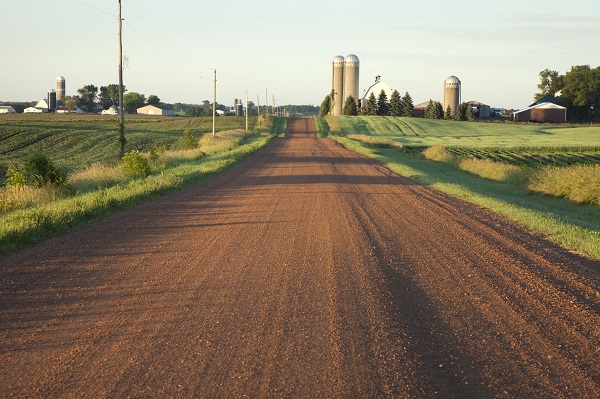 Nearly three months have passed since China imposed the 25% tariff on U.S. soybeans. While rumors of a trade war and questions of “what if” dominated spring planting, fall harvest starts with the lingering question of “how long will it last?” This is something that we’ve thought a lot about. While we don’t have a crystal ball answer, this week’s post shares two perspectives on why resolving the Trade War is either hard or easy.

Before getting to the possible path for resolution, we must consider the current situation. Beyond the vague pursuit of a “better deal,” it has not been clear why the U.S. levied tariffs against China – triggering the Trade War’s exchange of tariffs.

This is to say the specifics of how the Administration plans to improve U.S.-China trade relations have been anything but laser focused. Is the desired outcome about national security; do we need a critical level of steel and aluminum production in the U.S. (as White House Trade Council Director Peter Navarro suggested)? Is it about the trade deficit? If so, is the focus on increasing U.S. exports or reducing U.S. imports? Is it China’s monetary policy, which could be described as currency manipulation? Or is it about intellectual property (as Sec. of Ag Sonny Perdue wrote)? While the administration has talked at length about the need for pursuing a better deal, the communication to the outside world has been ambiguous, to say the least.

To clarify, we are pointing out that, to this point, the objectives have not been clear.  After worrying about this ambiguity (seeing the obvious negatives) we realized that the ambiguity could also have some positive implications for resolution of the dispute.  We decided that how you view the current situation probably splits out according to whether you belong to the Yogi Berra or Alice in Wonderland camp.

“If you don’t know where you’re going, you might not get there.” – Yogi Berra

The lack of clear goals and objectives from the U.S. administration could lead many to conclude a trade resolution will be very difficult (if not nearly impossible). While all the above issues are important, which two or three are the most important? Furthermore, what measures of improvement are critical?

The concern for this group is that without defining success you can rarely reach success. Without clarity, you’ll be going from round to round of negotiations round without a clear idea of direction or progress. Adherents of this perspective worry that the current trade situation could become the status quo for a long time — think at least through next summer, if not longer.

An Easy Path- Alice in Wonderland

“If you don’t know where you are going, any road will get you there.” – Lewis Carroll[1]

On the other hand, the lack of clarity could be viewed as an advantage and results in a resolution being easier to reach. The thought process here is that without etching demands into stone, the administration will have maximum flexibility during negotiations.

The positive view from this group is that the negotiators aren’t committed to a set of outcomes that might be impossible to reach. With that in mind, they see the lack of detail as the flexibility to define a successful, “better” deal once it has been found.  Under this scenario there are a wide range of outcomes that would satisfy both sides and one could envision an agreement much more quickly or when the political situation gets uncomfortable enough that either side decides that it’s time to move forward.

Thinking about where we go from here and how a trade resolution might be reached, a range of potential outcomes exist. At one extreme are those concerned about the lack of clarity in details behind the administration’s ambiguous strategy. This group connects with Yogi Berra’s sentiment and likely expects the Trade War to last many more months. In this case, the pursuit of a ”better” deal starts to feel like talking in circles with no end in sight.

On the other hand, a slightly more optimistic group see the U.S. being able to pull together a deal in a shorter time frame. The lack of a rigid framework is viewed as maximizing flexibility and the details of a “better” deal will be defined – and recognized- once they are found.

In conclusion, we aren’t trying to argue one way or the other here. In fact, we are split on this issue and have different opinions — with one of us clearly in the Yogi camp and the other more optimistic about a shorter term resolution. Our goal here was to lay out a couple of different perspectives on the resolution of what is becoming an uncomfortable situation.

[1] Lewis Carroll’s quote is the summary of a conversation in his Alice in Wonderland story.  Alice – lost in Wonderland- came across a Cheshire Cat and asks for directions. The Cat asks where Alice is going. Being lost, Alice replies that it really doesn’t matter (clip here). The Cat answers “it doesn’t matter which way you go… if you only walk long enough.”