Given current soybean prices, many producers will consider planting additional acres of corn, wheat, and cotton in 2019. While final Spring 2019 planting decisions are months away, fertilizer, and especially nitrogen, are a significant share of the crop budgets for these crops. This week’s post reviews current fertilizer prices and the upturn in prices in recent months.

Figure 1 shows fertilizer prices reported by the USDA for Illinois. For most products, prices in September were higher than in the spring (April through May). Urea and DAP prices have both increased 6% in recent months. 28% liquid nitrogen and potash prices are also higher, up 2%.

Anhydrous ammonia prices, so far, have been contrarian and turned lower since spring, down 4%. 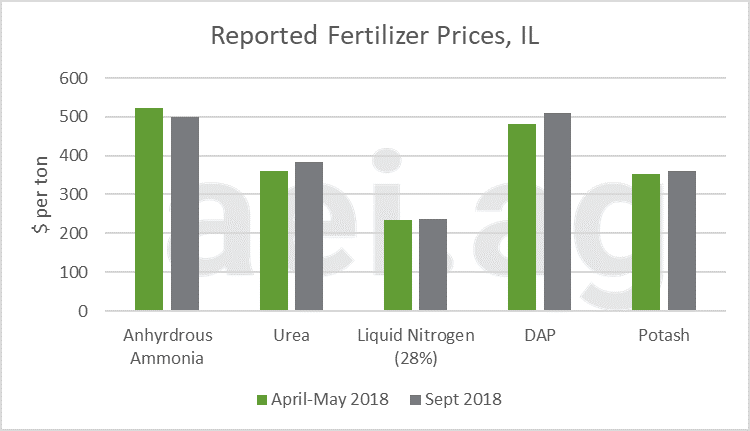 It is worth noting that DAP and potash prices have been on an upward trend over the last few years (Figures 2 and 3). DAP prices reached lows around $425 per ton in late 2016 and throughout 2017. Recently, prices have exceeded $500 per ton. Potash prices are currently above $350 per ton, the highest since late 2015. 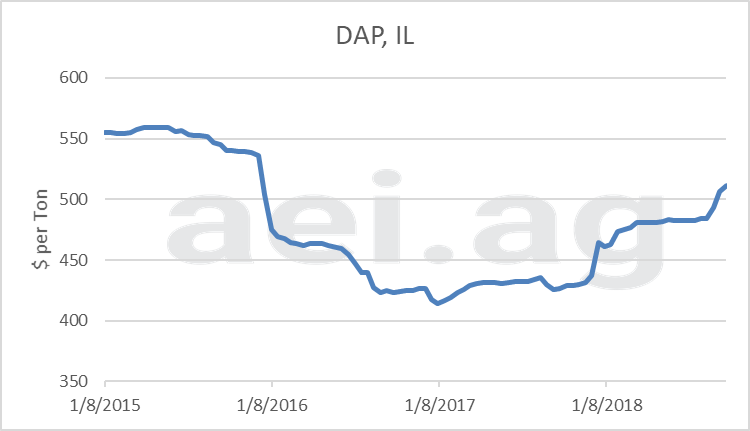 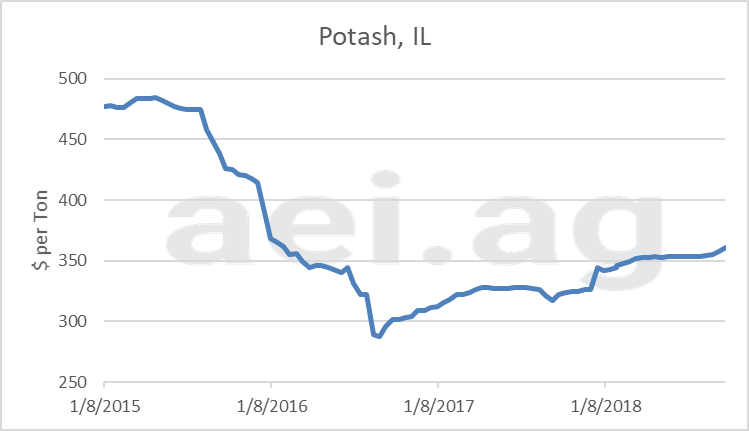 A Closer Look at Nitrogen Prices

While most fertilizer prices have turned higher, anhydrous ammonia has trended lower since spring. This warrants a close look at nitrogen prices. Figure 4 and 5 shows prices of anhydrous ammonia and urea since 2015. Remember last fall anhydrous ammonia prices briefly fell to $400 per ton (a 20% drop) before returned to more than $500 per ton in early 2018.

This year, the headline story in nitrogen has been urea. After spending most of 2018 at nearly $360 per ton, urea prices recently climbed to $390 per ton. This is the highest observation in more than two years, and well above the earlier lows of $300 per ton.

Currently, the price relations is at 1.37. This is to say current urea prices are above the average relative price (relative to anhydrous ammonia). Producers that have the option of using different sources of nitrogen might find anhydrous ammonia more attractive at current prices. 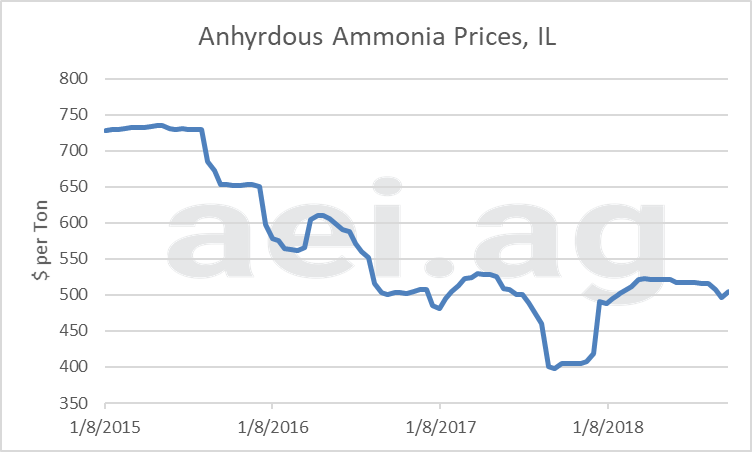 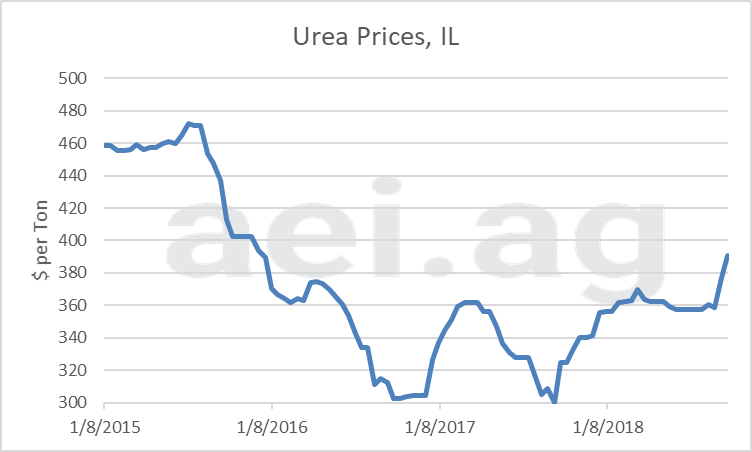 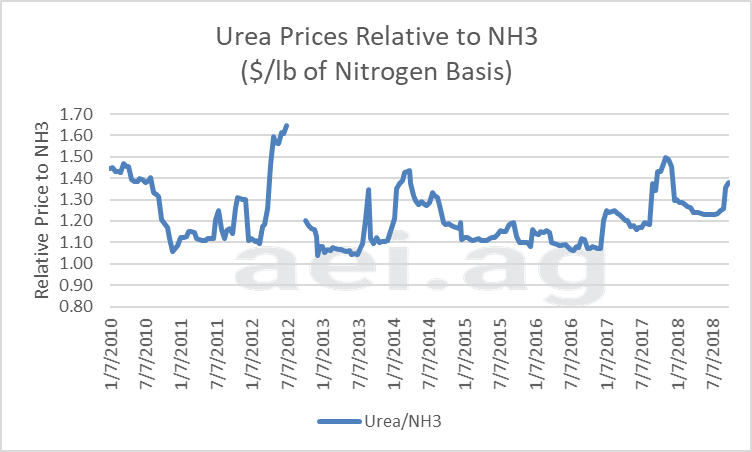