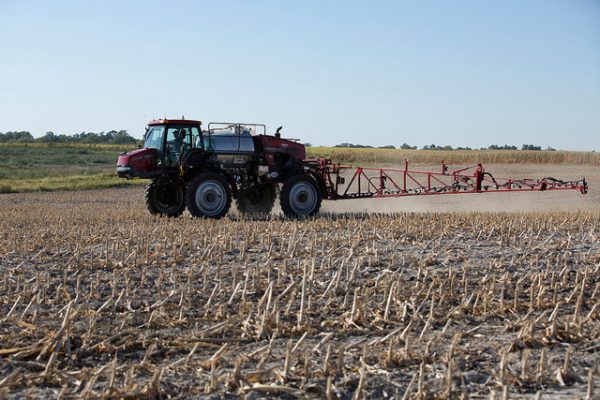 Earlier this fall, we wrote two posts (here and here) reviewing trends in corn and soybean seed expense. While the upward trend in expense per acre was not surprising to most readers, the rapid change in other seed expense metrics – such as expense per bushel, share of total expenses, or share of budgeted revenue- was perhaps more revealing. These posts prompted reader questions about crop protection expense trends and, in this week’s post, we review these for corn and soybean production.

Before diving into the charts, a comment about the data. The USDA’s ERS publishes national cost of production data for corn and soybeans. Data used for this week’s posts were reported as “chemical expense.” Admittedly, this is a broad category. Furthermore, these data are a national average.

To illustrate this a bit differently, the USDA reported seed and crop protection expense in 1980 were both $14 per acre (in nominal terms).  They each accounted for 5% of total production expenses (10% combined). In 2017, nominal corn seed expense was $99 per acre with total chemical expense at $35 per acre. In 2017, seed expenses accounted for 15% of total expenses while chemical expense was 5%. These two inputs, which had a very similar impact on crop budgets in 1980, have undergone very different trends over the last 40 years. 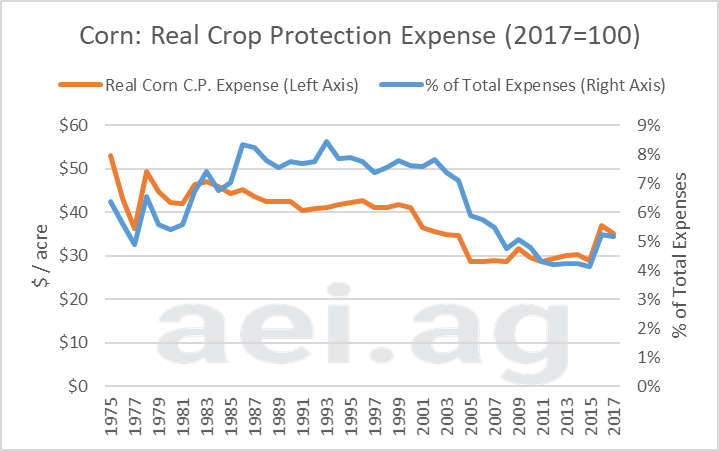 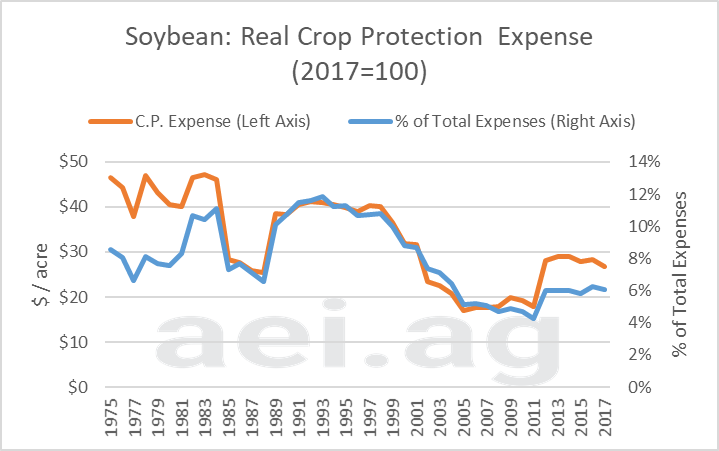 After looking at seed and crop protection independently, it left us wondering about the combined trend. This is of interest given the integrated role seed has played in crop protection. These data are, again, adjusted for inflation.

Figures 3 shows combined seed and crop protection expense for corn production. Shown in orange is the per acre expense. Before the mid-2000s, this expense remained near $80 per acre. More recently, the combined expense has exceeded $130 per acre. As a share of total expenses (in blue, left axis), the inputs have accounted for a large share over time. Accounting for less than 10% in the 1970s, this has recently approached 20% of total expenses. 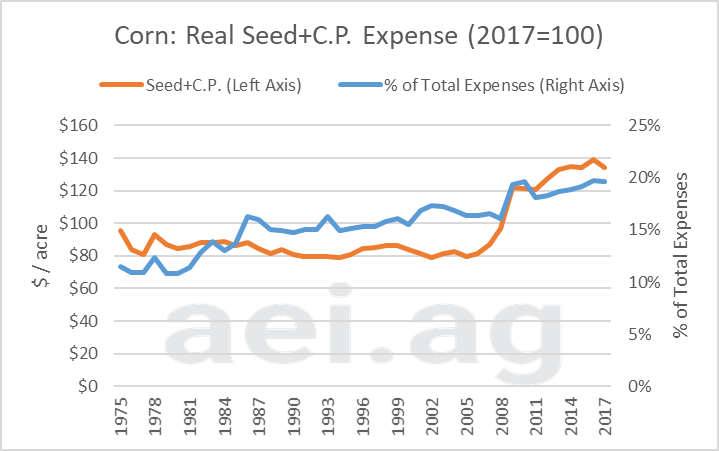 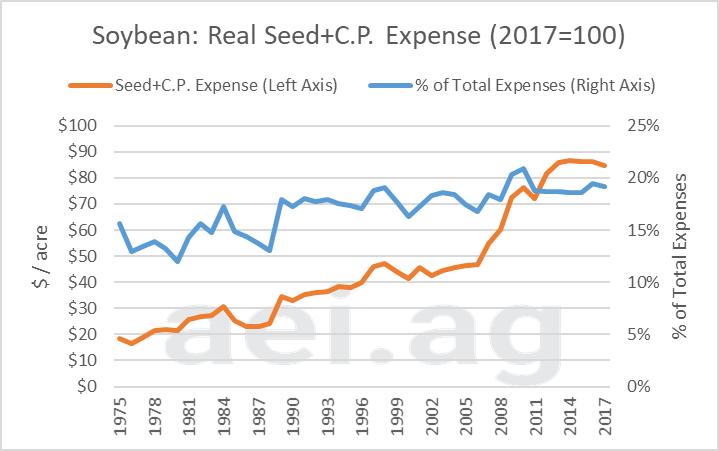 Figures 5 and 6 consider the budget expenses for herbicide and insecticide in the Purdue Crop Budgets. These data are from 2002 to 2018. 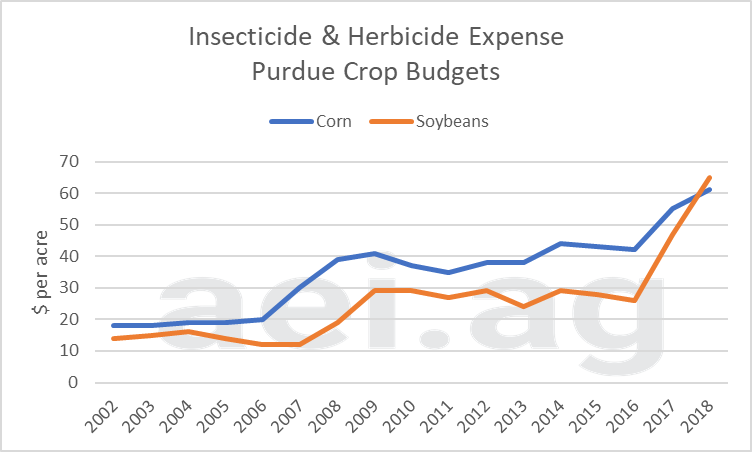 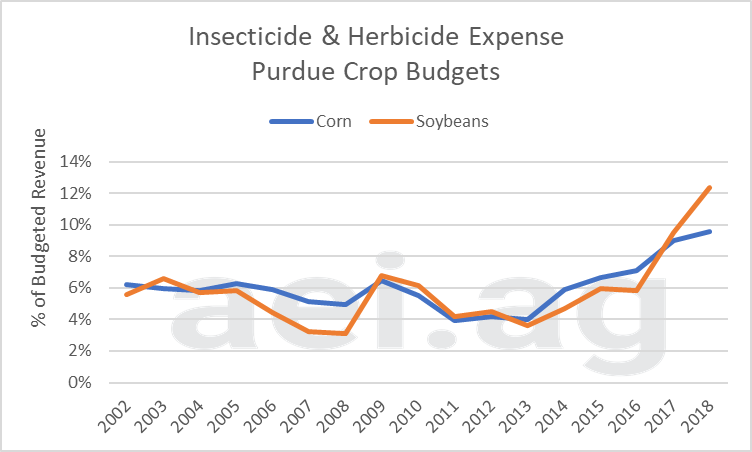 At the national level, combined seed and crop protection expenses, for both corn and soybeans, have trended higher over time. This is the case on a per acre basis and as a share of total budgeted expenses. The summary here is that producers are spending more today than they did in the past. The questions of ‘why’ producers are spending more is important, but beyond the scope of this post. To consider this, one must consider a host of factors including, but not limited to, pricing, management decisions/preferences, and agronomic challenges.

Perhaps the most interesting observation in the crop protection data has been a significant uptick in expenses in recent years. This has been observed at the national level and in the Purdue crop budgets. Producers will need to carefully consider their crop protection expenses, especially herbicide, given agronomic herbicide issues.