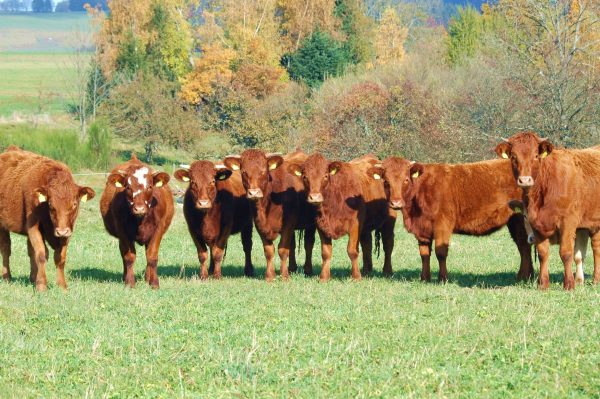 While corn and soybeans received much of the spotlight attention during the farm economy boom, during that time cow-calf producers also experienced record returns. In a similar manner, in recent years cow-calf producers have faced declining revenues and slow-to-adjust production expenses. This week’s post is a look at financial conditions for cow-calf production.

The data for this post comes from the Kansas Farm Management Association (KFMA). In figure 1, the annual average contribution margin, on a per-cow basis, is shown from 2001 to 2017. Remember, the contribution margin is the difference between total revenues and variable costs of production. This difference is used to cover fixed expenses and, if sufficient, generates profits.

A quick look at Figure 1 focuses your attention to 2014. Benefiting from strong cattle prices, the contribution margin reached an eye-popping $575 per cow that year. This was well above any other year observed. In fact, the contribution margin of that single year was equal to the sum total of previous eight years. 2014 was a phenomenal year, to say the least.

In 2017 conditions improved as contribution margins reached $84 per head. 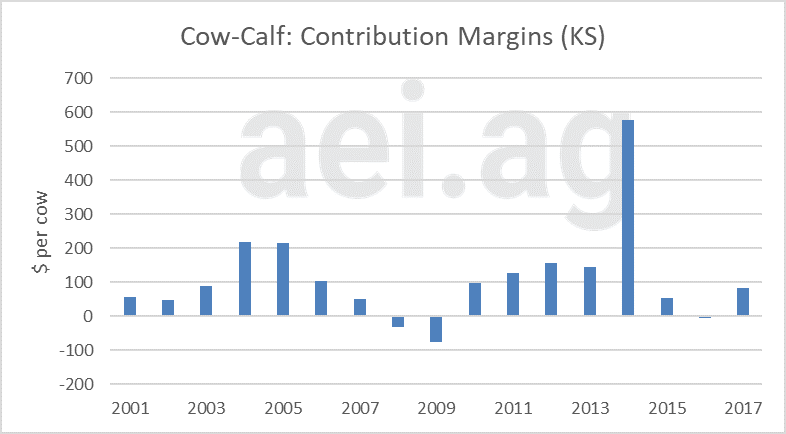 For context, feed and pasture represent a significant share of variable costs for cow-calf producers. In 2017, these collectively accounted for 67% of total variable expenses. 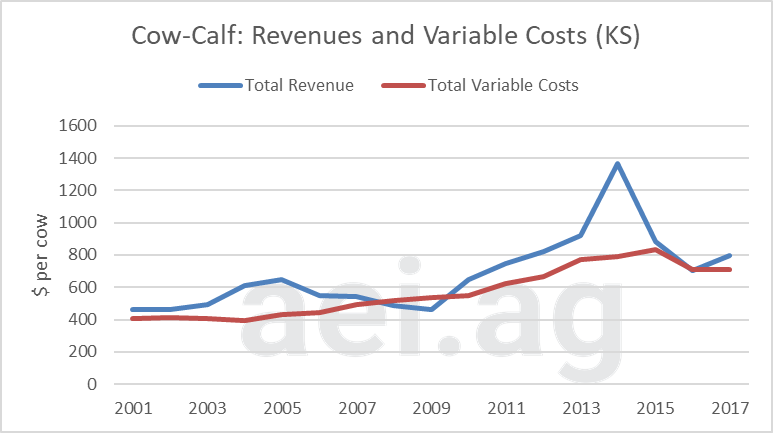 After 2014, revenues fell faster than variable costs could adjust. This led to negative contribution margins in 2016. In 2017, conditions improved on continued lower variable costs and higher revenue.

Producers looking for ways to improve their cost structure will need to pay close attention to feed and pasture. In 2017, these two categories accounted for two-thirds of variable costs.