The 2018 Agricultural Year in Review 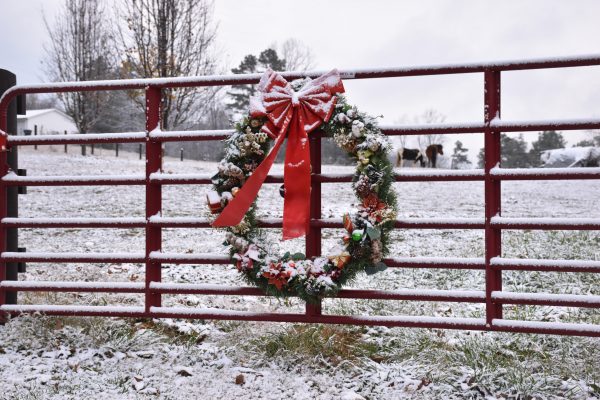 Another year is coming to an end. While each year is memorable, 2018 will likely stand out in our memories for a while. That said, here is our list of top agricultural stories from 2018.

2018 got underway with rumors of a coming Trade War with China. These fears were realized mid-summer as China and the U.S. began exchanging tariffs. U.S. agriculture was hit particularly hard by the 25% tariff China placed on soybeans imported from the U.S.

With 2018 nearly over, 2019 will begin with rumors and hope for a quick resolution. In early December, the U.S. and China agreed to a framework to move negotiations forward. With a 90-day timeframe in place, early March will certainly get here soon.

On an upbeat-note, China recently purchased U.S. soybeans and is rumored to be looking for more soybeans and corn from the U.S.

As the Trade War talks warmed up, the USDA and White House were quick to assure farmers there would be support. The specifics and details on trade support for farmers, however, has been slow to materialize.

In August, the USDA finally released farm payment details with soybean and cotton receiving large per-acre payments. The August announcement, however, only approved farm payments on 50% of production. In mid-December, after a couple weeks of delays, the USDA authorized the second-half of payments.

The United States-Mexico-Canada Agreement, or NAFTA 2.0, was reached in 2018 as leaders signed-off on the trade deal. This was certainly a crisis-averted situation as a U.S. withdraw from NAFTA seemed possible. USMCA isn’t finalized, yet, as each county will need to ratify the agreement and requiring Congressional approval in the U.S.

Farm income fell yet again in 2018.  This marks the 6th year since net farm income peaked.  Since then incomes have dropped rapidly.  At first farm financial conditions held pretty well, but the lower income really started to take a toll in 2018.  Led by rapid growth in real estate debt, farmers have added significant amounts of debt during the downturn.  At the end of 2018, most measures of financial conditions show a sector in need of some good news.  While costs had been improving, most of the declines are now being driven by lower commodity receipts.  Unfortunately, nearly every commodity group has been adversely impacted.  If there was ever a time for some good news on commodity prices, 2019 is it.

While the President’s signature is still needed, Congress has passed the 2018 Farm Bill- more formally referred to as the “Agriculture Improvement Act of 2018”.

Direct payment programs will be mostly unchanged from the 2014 bill. In other words, ARC and PLC are back, and farmers will need to decide in 2019 between the two program options. Yes, there have been changes in a few of the details, but nothing as significant as when the 2014 Farm Bill introduced the ARC and PLC programs.

Other key mentions are that the 2018 Farm Bill legalized the production of hemp, and will increase the CRP cap to a maximum of 27 million acres. Also included were funds for the USDA to build and maintain a livestock vaccine bank.

We have often referred to wheat as the canary in the farm economy coal mine. This is to say that conditions in the farm economy would not begin to improve until the situation in wheat improved. During the economic downturn, extremely poor economic conditions in wheat resulted in farmers planting significantly fewer wheat acres as they turned to the less-bad option of corn and soybeans. This pushed already burdensome corn and soybean production even higher.

Wheat’s low-point seems to be behind us with the national average price reaching $3.89 per bushel during the 2016/2017 marketing year. For the current marketing year, the MYA price is much improved at $5.09 per bushel.

Price improvements in 2018 translated into higher acres of wheat. In 2018, planted wheat acres were 1.8 million acres higher — the first upturn in several years.

The decline in acres in 2018 would help offset the impact another year of large national yields. Overall, the ending stock situation, particularly for soybeans, would be much worse had acres not been diverted to other crops in 2018.

In October, Trump announced plans to allow more ethanol to be blended with gas. Specifically, the EPA was directed to begin the process of allowing the use of E15 all year. While it will take some time, and probably a few lawsuits, before this becomes finalized, it opened the door for the potential increased ethanol use and corn consumption.

On the other end of the spectrum, the EPA has also been granting waivers for refineries that apply for a “small refinery exemption.” This issue is complication at its finest, but the short story is that the EPA’s current position creates loopholes in the Renewable Fuels Standard’s (RFS) ethanol-use mandate and is not a good outcome for ethanol use or corn consumption.

9) Another Year of Large Corn and Soybean Yields

2018 was another year of large U.S. corn and soybean yields. For those keeping score, it’s the fifth consecutive year of large, above-trend yields. While fewer acres help offset the large yields, it makes one wonder when a below-trend crop will come and help push commodity prices higher.

After several years of declines in farmland prices across the Midwest, farmland prices and cash rents were mostly sideways in 2018.  Given the dramatic declines in commodity prices, lower farm incomes, and poor financial conditions, one must wonder how long we’ll be able to use the term “taking a pause” to describe the cash rent and farmland markets.

The current U.S. economic expansion turned 9 years-old in the summer of 2018. While many might be frustrated by the slow rates of growth over this time, the duration has been significant. The U.S. economy grew a bit faster in 2018, with GDP expanding at annualized rates of 4.2% in the second quarter, and 3.5% in the third quarter.

The combination of growth over the last 9 years and higher rates of growth in 2018 resulted in unemployment rates reaching 3.7% earlier this fall, the lowest rates in 50 years.

The combination of economic growth and low unemployment rates has the Federal Reserve cautious about inflation. This has positioned 2018 as a year of higher interest rates.

Well, there you have it. The top ten stories as we saw them in 2018.  As we close out the books on another year, we have to admit that turning the page to a new year is somewhat appealing.  Here’s to hoping that better things are in store for 2019.