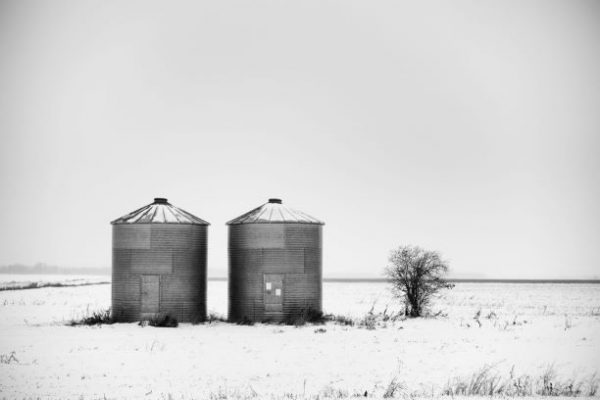 Those of us in agriculture are used to dealing with uncertainty, and 2019 is surely positioned to provide a handful.  We thought it would be useful to take a look at what we see as some of the biggest issues heading into the new year.

After seven years of near-zero rate increases, the Federal Reserve has steadily increased short-term interest rates since early 2016. It’s hard to remember the last time that there was so much discussion of the federal reserve and its chairman.  President Trump hasn’t been shy about expressing his opinions about the Fed’s recent decisions to increase interest rates.  While the increased rates probably won’t pinch that much on operating lines of credit, if they translate to higher longer-term rates they might put a bit of a damper on long-term asset prices.  One of the biggest questions in 2019 is whether the Fed takes a break or presses higher and how the broader economy responds to any changes. Right now it appears most expect the end of the increases is in sight.

It’s been a while – 7 years, in fact, since annual inflation rates exceeded 3% percent. (And you’d have to go back to the early ’90s for rates above 4%.)  In other words, inflation has been awfully tame for quite some time.  This is in spite of unemployment rates at near historic lows and a long-term economic expansion.  So far, it doesn’t appear that the economic growth and strong employment have led to much inflation.  Is it coming, or not?  It will be very important to watch this closely in 2019.  Any signs of increases may give the Fed ammunition for driving interest rates even higher, while continued lack of inflation will provide cover for slowing down.

3) What about the US Economy?

The U.S. economy has had a few good, but probably not great, years.  Can this continue, or not?  It seems like everyone outside the administration is talking about an upcoming slowdown.  Some are even worried that the Fed has perhaps increased rates to rapidly and may be forced into a quick retreat if the economy stalls.  How it plays out in 2019 will certainly make for some drama.

4) What About the Broader Global Economy?

The IMF recently released a forecast for stable global economic growth but noted a slowdown in developed economies.  The slowing economic growth in China is making lots of headlines, especially after Apple specifically mentioned it in their recent announcement of a forecast year-over-year sales decline. This echoed the statements by the IMF which noted the trade fight between the U.S. and China is impacting the economic situation in two of the world’s largest economies. There are clearly some headwinds around the world.

To say this is a complicated engagement would be an understatement.  There are so many moving parts, people, and interests that it is very difficult to understand how this situation is going to be truly resolved anytime soon.  Perhaps both sides will just cry uncle and move on, but it is hard to predict how it’s all going to unfold.

With an upcoming deadline for “meaningful progress” in March, the stakes are high, particularly for ag. Will we sell some new commodities in meaningful quantities to China?  Will an agreement mean a little more ag to China, a lot more ag to China, or about the same?  If there is no agreement, how much damage is going to be done to U.S. ag exports?  This deadline comes right before the big rush to plant most of the U.S. crops.  How it unfolds will likely have a great impact on these decisions.  At the end of the day, the stakes are very high for ag and the outcome is very uncertain.

6) What will U.S. producers plant?

The upcoming planting season faces as much uncertainty as at any time in memory. The U.S. is sitting on a huge supply of soybeans, yet initial budgets still seem to favor beans.  If the trade situation doesn’t get resolved one has to think that prices might be in for a serious readjustment.  Yet, right on cue, there is uncertainty about the status of the yield prospects for the large soybean acreage planted in South America. Soybeans have been pretty good to U.S. farmers in recent years with really good yields and, until this year, good prices.  Even in 2018, when one account for the MFP payments, beans have been pretty good.  The secretary of agriculture has warned that there will be no MFP payments in 2019.  Put all these factors in the pot and mix them up with some really large price increases for fertilizer and the U.S. producer is left with a dilemma.

The magnitude of fertilizer price increases has no doubt caught farmers attention.  It appears fertilizer as a source of cost savings has come to an end.  Will prices continue higher in 2019?  The increases are going to make budgets ugly heading into 2019.

8) How bad are financial conditions going to get?

There is no question that farm financial conditions have deteriorated over the last 4-5 years (here, here, and here).  With working capital at low levels and real estate debt climbing to new highs in 2018, there’s not a lot of room for error in 2019.  So far this hasn’t translated into large increases in credit problems, but one has to wonder how much longer this can last without an income improvement.  We will be monitoring this situation closely in 2019.

9) Did the tax bill deliver?

While it would have been nice to have a better income year to test out the new law, producers will soon get a look to file under the new tax laws. It will be interesting to see how farmers react to the changes.  After all the drama over the provisions in the bill in 2018, hopes were very high for lots of savings.  Clearly, there will be a lot learned about the bill in the next few months.

It appears that corn stocks actually declined this year, although we will have to wait a little longer for the new USDA report to see the final numbers. Will the smaller stockpile lead to higher prices? Will producers put in a huge acreage in 2019? US wheat stocks are also shrinking and have some positives with Australia in the midst of an epic drought and questions about how many acres actually got planted in a wet US fall.  It appears that there is some positive news for prices in the stockpile situation.

There’s always uncertainty around weather and we doubt 2019 will be any different. El Nino will certainly capture some headlines this year.  The U.S. has had a really good stretch of weather.  Yields of both corn and soybeans have been above trend for several years.  That doesn’t mean we won’t have another good weather growing year in 2019.  Still, it will be critical to pay close attention given the grain stockpile situation as weather hiccups might bring the possibility of higher prices. Keep in mind the impacts of El Nino aren’t a clear bet.

Will the farm program signup be as simple as everyone just switching to PLC from ARC-CO? On the surface, it sure appears that there is going to be a mass exodus from ARC-CO to the PLC program.  This is based on the big declines ARC-CO guarantees over the life of the last farm bill.  We will look at this later but at first glance, it won’t take much figuring if you want to maximize expected payments.

13) What did the Census of Agriculture Find?

We should get some results from the 2017 Census of Agriculture in 2019.  Among the things that we will be interested in is how the number of farmers changed over the course of the last 5 years.  Given the economic situation, one has to think that the numbers of farmers or at least commercial farmers will contract. We would also expect to see some fairly rapid consolidation and farm size growth compared to the last census.

Isn’t he now one of the longest-serving cabinet members?

There’s certainly plenty of drama in Washington these days. It is hard to know how all of it might play out and what the implications might be. Our biggest question for ag right now is whether it will be such a distraction that the Trade war gets pushed to the background.

At least the fuel budget category in the farm budget should be improved over the last year.  How long will this last?

With a new year underway, the question on everyone’s mind is “will the farm economy improve this year?” In the five years since U.S. farm income peaked, it seems that producers haven’t been able to catch a break. Those in agriculture tend to be an optimistic bunch and with the turn of the calendar hope springs eternal for a year of improvement in the economic conditions facing agriculture.  Here’s hoping that 2019 is the year!

The 2018 Agricultural Year in Review

Where the Farm Economy Slow Down Has…