Where the Farm Economy Slow Down Has Hit Hardest 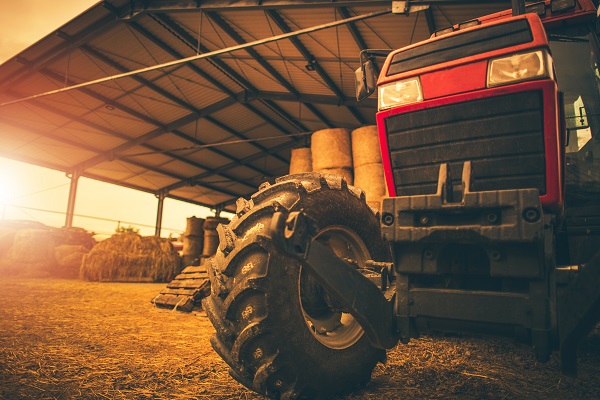 After peaking in 2013, U.S. net farm income has trended lower over the last five years. While national-level data are important and often cited, the impacts of the farm economy slow-down have varied by commodity and geography. Previously we considered how the farm economy boom varied by state. This week, we consider how the current slow down has varied across the U.S.

Struggles in the Midwest

As expected, the Corn Belt and Northern Plains states have been hard-hit by falling farm income (Figure 1). The I-States (Iowa, Illinois, and Indiana) have experiences net farm income falling by nearly two-thirds. On the boundaries of the Corn Belt, state-level farm income has fallen by more than 70% in North Dakota, Minnesota, and Michigan.

Outside of the Midwest, the farm economy slowdown has been, generally speaking, less severe. Many states in the South and West have experience farm income changes of less than -50%. The expectations are South Carolina (-66%), Louisiana (-51%), and Nevada (-94%).  On the other hand, some states have not experienced farm income declines. Arizona (+20%), Alabama (+10%) and Oregon (unchanged) have not experienced state-level farm income declines for the years considered. 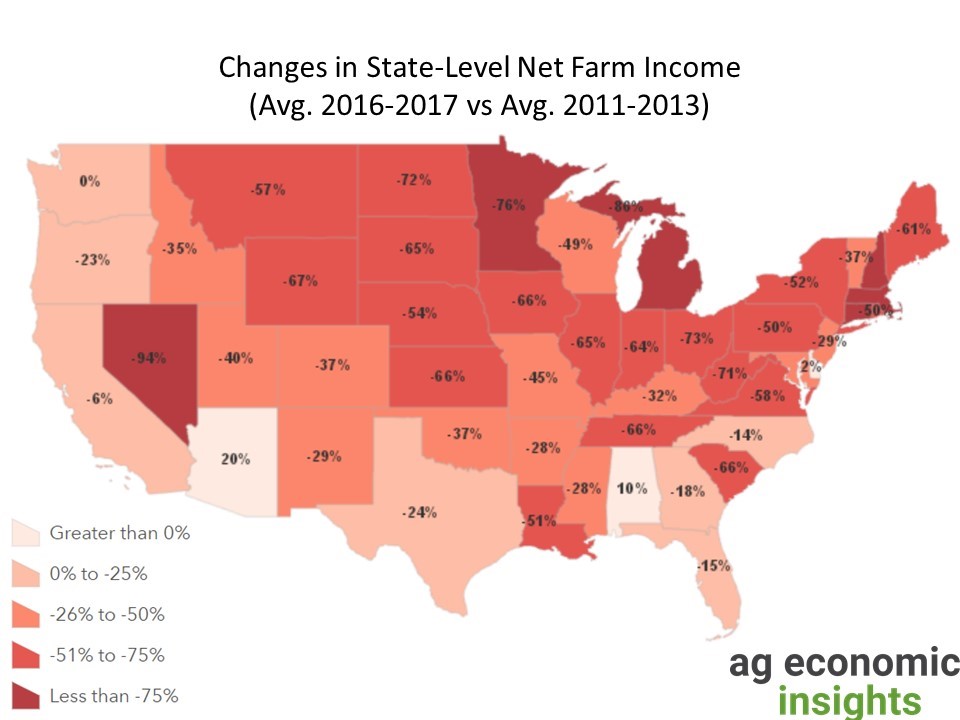 Again, it is worth reviewing the variations in where the farm economy expansion took place as the trends are similar (specifically here). Recent income declines have generally occurred where farm income growth during the Boom Era was strongest.

It can be difficult to capture and articulate the current farm economy slowdown. While there is often lots of timely, robust data for national trends, these broad averages can miss geographic variations and the distribution of the financial challenges. Even state-level data, which help capture some of the variations, doesn’t provide insights on county or farm-level challenges. Just as the impacts of the farm economy vary by state, they also vary across producers.