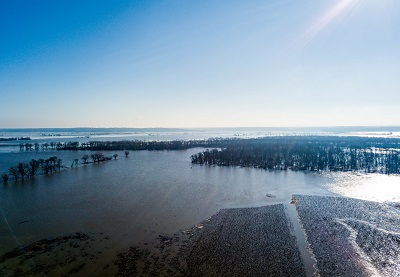 While large yields have been continued frustration for already large U.S. ending stocks, it is worth noting preventive planting has also been a contribution to large production. From 2016 to 2018, prevented planting acres were well below average. In 2018, total acres were 2 million, the third-lowest observation in 12 years. While large yields are a more visible impact on production, swings in prevented plantings do have impacts. 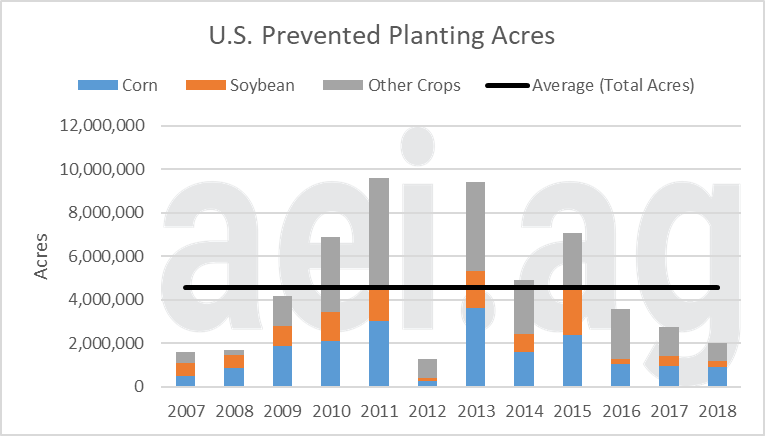 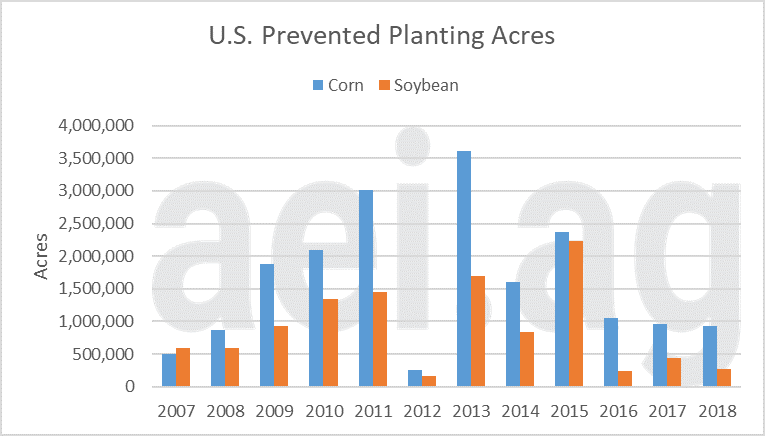 Which is Impacted More?

A question that always comes to our minds about prevented planting is which crop – corn or soybeans- is more susceptible? Figure 2 shows that in most years there are more corn acres than soybean acres. Of course, in all but one of those years, corn acres exceeded soybean acres.

Broadly speaking, corn is more likely to be impacted by planting hiccups than soybeans. On average, prevented planting accounts for 1.8% of corn acres and 1.2% of soybean acres. Furthermore, soybean’s relative prevented planting exceeded corn level in only two years (2007, 2015).

The USDA’s March Prospective Planting’s report forecasted 2019 acreage at 92.8 million for corn and 84.6 million for soybeans. While it is not clear exactly how much prevented planting the USDA has built into these March estimates, it is likely to be above recent years’ observations (see footnote below). Using 12-year averages and the initial acreage forecast, one might expect prevented planting acreages of 1.6 million for corn and 970,000 for soybeans.

Given prevented planting acres have been well below average in recent years, the base-level assumption used by the USDA is likely above recent observations. For the markets to get concerned about prevented plantings in 2019, it will likely require corns relative share to exceed 2% of corn plantings (or nearly 1.9 million acres) and 1.5% (or nearly 1.3 million acres) of soybean plantings.

In short, do not confuse an increase in prevented plant acres from last year – which were historically low- with an increase from long-term averages- or what early acreage estimates might have built-in as an assumption.

Second, prevented plantings in recent years have been below historical averages. Should conversations about prevented plant acres become serious, it will be important to distinguish between departures from recent years versus the long-term average. In many cases, thinking about impacts relative to the 12-year average is probably more insightful.

Debt Levels vs. Interest Rates: Which is…

Thinking about Corn and Soybean Usage