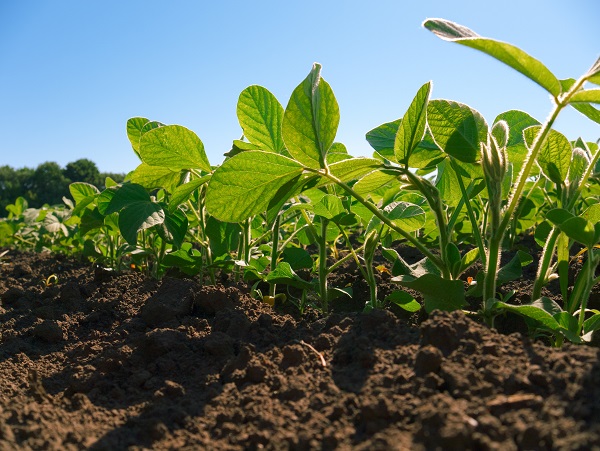 Last week we looked at the U.S. corn ending stocks situation, as well as a few scenarios for what 2019 might have in store. This week we consider the same for soybeans. While the methods used for these two posts are the same, the situation and outlook are quite different.

Before thinking about 2019/2020, it’s important to review where soybean endings stocks currently stand. For the crop harvested last fall, the 2018/2019 marketing year, soybean ending stocks are expected to account for 22% of usage. This marks the highest stocks-to-use ratio observed since the farm financial crisis when stocks reached 29% of use (1985/1986).

Figure 2 shows the ending stocks to use data since the 1990s. This chart captures the contrast between low stock during the farm economy boom and current highs. For many years, stocks were near – or below- 5% of usage. After climbing to 10% of use in 2017/2018,  the combination of the Trade War, large soybean acreage, and large yields ultimately sent soybean stocks above 20%.

As we did for corn, we also considered different scenarios of soybean yields and usage in 2019/2020 to think about possible ending stock outcomes.

For yields, a baseline yields of 49.2 bushels per acre was used, along with a low-range expectation of 47.4 (the 25th percentile) and a high-range expectation of 50.5 bushels (75th percentile)[1]. The USDA’s March Prospective planting report and an average share of harvested acres were used for the acreage assumption. At this point, final acres, prevented planting, and harvested acres are all sources of variation, but not directly included in these scenarios.

For soybean usage, a base scenario of 4.2 billion bushels was used (see our post on trend usage here). As a benchmark, soybean usage for 2018/2019 is currently estimated at 4.1 billion bushels. Alternative usage outcomes at 5% below and 5% above the baseline were considered. As we noted in the earlier usage posts, deviation from trends of +/-5% are more historically more common for soybeans than corn.

With an expectation of U.S. farmers planting fewer soybean acres in 2019, the prospects of lower ending stocks (lower than forecasted 2018/2019 levels of 22%) exist in many of the scenarios considered. The baseline conditions – trend yields (49.2 bpa) and trend usage (4.2 billion) would pull ending stocks lower to 19.2%. This is an improvement, but not significant enough to provide producers with an improved price outlook.

For a modest improvement in the soybean stock situation, a low yield or high usage event would be necessary. Keep in mind, even the low-stock outcomes shown in Table 1 (13.8% to 15.7%) remain above the sub-10% levels experienced in recent years – and the long-run average stocks levels. It will likely take a combination of factors – low production and strong usage- for a chance at significant improvements in 2019/2020.

A combination of big acreage, large yields, and a Trade War pushed soybean ending stocks towards historically high levels in 2018/2019. At 22% of usage, soybean ending stocks are at the 3rd highest levels in 55 years of data. This has been a significant struggle for commodity prices and producer returns. No matter how you slice the data, soybeans are in a tough spot.

Considering different possible outcomes for usage and production for 2019/2020 provides perspective about where ending stocks might settle out. While several scenarios point to a decline in ending stocks, the improvements remain historically high. Even the most aggressive outcomes considered in Table 1 leave soybean stocks well above the long-run average. It will take extremely short production and high usage for soybean ending stocks fall below 10% in 2019/2020.

It’s also important to note corn’s situation is much different, and improved, from that of soybeans. While soybean ending stocks are at the high-end of the historical range, corn ending stocks are in line with the long-run average of 14% of usage. Some solace can be taken in that only one of these two crops are at historically high levels.