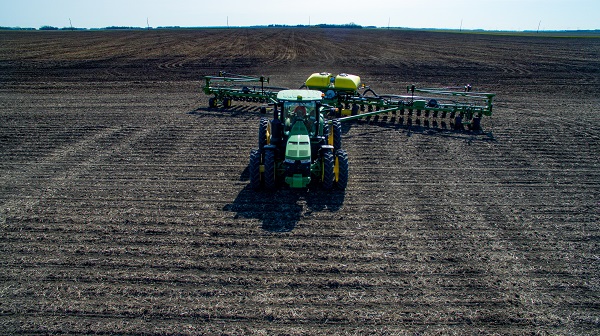 The trend toward increasing amounts of total ag sector sales being generated by larger farms has been going on for some time, so I wasn’t planning on being surprised when I looked at table 41 of the 2017 Census of Agriculture.  This table reports on the concentration of sales in the farm sector.  However, I must say I was surprised that only 374 farms were required to produce 10% of the sector’s sales in 2017.

Figure 1 shows the percentage of farms required to produce 75% of the market value of agricultural products as reported in the last 4 censuses of agriculture.  This percentage has trended slightly downward since 2002 (Figure 1). At that time it took 6.7% of farms to produce 75% of sales while today it is just 5.16%.  Another way to look at the result above is that it required the remaining 1.93 million farms to generate the other 25% of farm sector value of production.

There are a few other interesting results in Table 41.  Take the estimated market value of all machinery and equipment in the sector for example.  The total estimated value is $272 billion.  If you look at the fewest farms required to produce 75% of total sales, they account for $101 billion of the equipment.  In other words, farms that produce 75% of sales, own only 37.2% of machinery and equipment in the sector.  This likely provides one source of efficiency for the farms.  It also tells you that there is a very significant machinery investment made by the remaining farms.

As this continues to play out it will be important for those who are involved with the sector to continue to think about how it will impact them.  This would include everyone from farmers, to policymakers, to those in rural communities, and to agribusinesses.  Businesses will have to continue to refine their marketing strategies toward the sector so as to be able to be relevant to the various segments in the sector.

The sector continues to bifurcate around lots of smaller farms and fewer and fewer large farms.  It will be interesting to see how smaller farmers continue to evolve.  One strategy that has been widely employed is to work off the farm while farming (here and here).  The census reports that nearly as many (749,311) primary producers work more than 200 days off the farm as those that don’t work off the farm at all 859,347.   Clearly, there are challenges of operating a farm while working this significant amount of time off the farm.  This will likely bring opportunities for people who can provide time-saving services to these farms. This would include everything from traditional agricultural input suppliers to custom farming operations.

The challenges of policymaking in this environment are also substantial.  Developing policy that is relevant and meaningful for all farms will become increasingly difficult.

The larger farms are also likely to face significant challenges in this economic environment. It will be interesting to see how much consolidation occurs among this group in the coming years.

I am convinced that Table 41 is perhaps the most often misinterpreted table in the Census of Agriculture – well at least it is the one that I am the most prone to misinterpret anyway.  I always look at it and want to use it, but then remember that it isn’t quite the data that I want.  My initial thought was to look at the concentration across different commodity groups.  For instance, how many of the 451,716 grain farms are required to produce 10% of all grain sales.  How does that compare to say dairy farms, or cotton farms?  I think that would be interesting, but it is not what is found in Table 41.  Instead, in the 10% column in Table 41 tracks the largest 374 farms vertically through the remainder of the table.  For instance, it reports that 102 of those 374 grow grains etc.  This is information, but unless you want to know more about those 374 farms I don’t really think it is all that useful.  Again, this does not mean that it takes only 102 grain farms to reach 10% of total grain sales!  I’ve seen it reported that way more than a few times.