The Prevented Planting Giant Begins to Wake Up 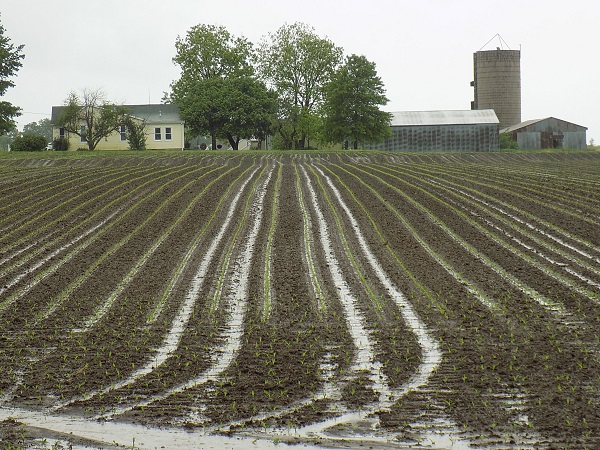 After much anticipation and speculation, the USDA’s June WASDE report adjusted 2019 corn acreage and yields lower after a slow, wet spring. This is likely the first of many production adjustments to take place of the summer. We’ve observed a wild range of estimates and speculation about where the prevented planting giant will end up. Rather than pile-on with more estimates, we figured it would be valuable to step back and consider what is known.

The USDA adjusted its expectation of corn acres planted in 2019 lower by 3 million in June. Specifically, planted corn acres in June were estimated at 89.8 million acres – down from 92.8 million in May. In a footnote, the USDA added: “corn area and yield are both lowered reflecting delayed planting progress observed during the month of May and into early June.” (pg. 12).

With the corn acreage adjustments, we’ve seen many comments saying the USDA has estimated corn prevented planting acres at 3 million. This isn’t the complete story.

Be Careful with Planting Progress Towards the End of June

The best indicator for measuring the painfully slow plant progress has been the USDA Crop Progress survey and the share of the crop planted. There is, however, a lot of confusion about these data. Based on our conversations with NASS, the intention and design of the survey could make it difficult to interrupt the results at the end of the planting season.

Consider the hypothetical scenario where a state has 100 acres of corn. In a normal year, a planting progress of 100% would imply, correctly, that all 100 acres have been planting. However, if the state only plants 80 acres but then decides to declare the other 20 acres as prevented planting (or planted to another crop), planting progress would reach 100% when the 80 acres have been planted.

This is important in 2019 as producers start to decide between planting late, planting an alternative, and prevented planting. Between survey weeks- especially towards the end of the planting season- a jump from 80% planted to 100% planted could be impacted by all three factors – not just actual plantings. This is to say a rapid jump in planting progress at the end of the planting window doesn’t necessarily mean producers got everything they intended going to corn actually planted.

Another way of looking at this is that planting progress report, in theory, should always get to 100%.

The point here is to offer caution about the limitations with the tool, especially as the planting window closes.

The next big USDA report will be the June Acreage Report. This year, the report warrants careful considerations. First, it’s important to keep in mind when the surveys/interviews were completed. Specifically,  ” … corn and soybean planted acreage estimates are made using data obtained from a survey of farmers conducted during the first two weeks in June.” The fate of unplanted acres during the last two weeks of June will be a blind spot for this report.

We’ve heard the USDA is currently considering a follow-up survey, especially in states with slow planting progress. These data, of course, will be available later in the summer.

We’ve also seen a lot of balance sheets projections for soybean including scenarios for higher planted acres. The logic here typically follows the idea that some producers will shift to soybeans as the growing season gets long.

We’ve mentioned before that this, mostly anecdotal heuristic, doesn’t really show it’s self in the data. For one, prevented planting is usually larger for corn (1.8% of planted acres) than in soybeans (1.2% planted acres). If soybeans were truly the residual crop, you’d expect prevented planted would be less significant for corn.

The implications of the slow, wet spring will take a while to be fully realized. While the USDA has adjusted corn acres and yields lower, expect additional adjustments to be made as the growing season continues.

It is also important to note the limitations of the reports being used to measure conditions.   First, the June acreage report will have a blind spot for acres planted in the last half of June. Second, the implications of upticks in the planting progress report will be hard to comprehend as the growing season wraps up.  Note we are not criticizing NASS or USDA but just pointing out that any data collection effort has limitations.

Finally, while the sleeping giant has started to wake up, much remains unknown about the potential impact on soybeans.

[1] From Outlook report: “The total of 3-crop plantings [corn, soybeans, wheat], at 224 million acres, would be down 2.1 million from final plantings in 2018. This largely reflects expectations of a return to a more typical level of prevented plant acres.” Page 2.