Haves and Have-Nots: Why MFP 2019 Will be A Disappointment for Some 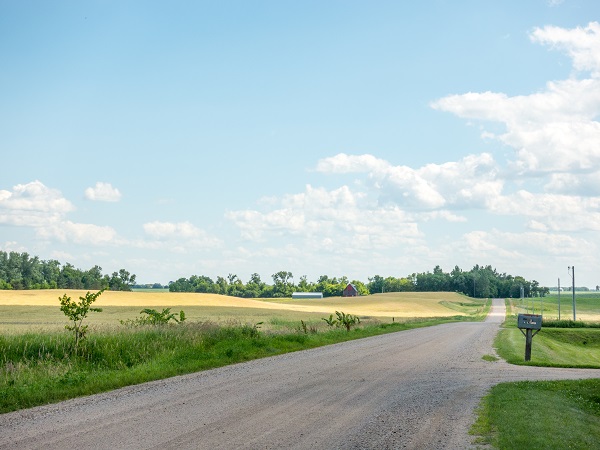 The flow of meaningful information from USDA leadership about MFP 2019 payments has remained painfully slow. Yes, there was the big announcement, but there has been exactly zero information that producers can plug into their farm financial projections to help them plan for the rest of 2019. In the absence of tangible information, we’ve been asked numerous time what 2019 MFP payment rates might be. While there is no way of knowing the exact county-level payment rates, this week’s post considers the big-picture impacts of how a 2019 MFP program might roll-out.

Before jumping to 2019, it’s worth reviewing the 2018 MFP program. Figure 1 shows how MFP crop payments were distributed across the U.S.  These are estimates and only consider crop payments for corn, cotton, sorghum, soybeans, and wheat. Furthermore, the data are total payments made within a county.

As one would expect and intuitively already knew, the MFP crop payments were made where soybean production – a function of acres and yield- were strongest. As figure 1 shows, the Delta regions, Central Illinois, and Southeast North Dakota were the epicenters of the 2018 MFP program.

One observation – that we’ll see as a common theme in this post- is how quickly the payments dropped-off. Southwest NE, Eastern and Western Kansas, and Western Missouri, for example, are large agricultural regions that ‘missed’ most of the 2018 payments. Again, the 2018 payments were based on 2018 production (bushels raised).

The Heavy Hand of Soybeans

In the 2018 program, the payment rates were quite high for soybeans.  Figure 2 is interesting as it shows where soybeans make up a large share of a county’s MFP crop eligible acres. Specifically, the chart shows the share of 2018 MFP crops that soybeans accounted for.[1]  Again, the Delta region and along the edges of the traditional Corn Belt, had more than 50% of their 2018 acres planted to soybeans.

Note how some states- Oklahoma, Kansas, Nebraska- have regions where soybean’s share of total MFP acres drops off quickly. Take Kansas for instance.  In 2018 soybeans were planted on more than 50% of many Eastern Kansas counties total MFP eligible crop acres, but this quickly dropped to fewer than 25% of the acres in the Western counties. This will set the stage for a wide variation of payments across the Midwest.

On the surface, the USDA’s announcement of $16 billion in 2019 trade aid funding sounds very large. In fact, it was sort of difficult for us to wrap our minds around how far that money might go. First off, however, it’s important to note that only $14.5 billion was earmarked for MFP, or direct payments to producers. How large is $14.5 billion?  Well, in 2018 there were about 294 million acres of corn, cotton, sorghum, soybeans, and wheat planted in the U.S. $14.5 billion across 294 million acres is about $49 per acre. That said, 2019 MFP payments will include more crops than those outlined above and will also make payment to dairy and hog producers too.

The point here is to size-up how big total MFP payments are. Yes, $14.5 billion is a lot of money. That said, there are a lot of slices to come out of the pie. The reality of the situation is that a $50 per acre payment across the five crops above would spend all that money, and more.

Before showing our estimated county-level crop payments, we must mention a few caveats. First, we haven’t gotten all the details from USDA so we have had to make several assumptions to derive figure 3.  Because of that, what the USDA publishes as a final estimate will be different from our estimates.  Additionally, our assumptions may prove to be inaccurate.  So in other words, these are our estimates based on the limited information that we have today.

While the USDA has refuted the article, many elements of the article have held up and this metric hasn’t been specifically denied. For cotton and sorghum, which weren’t mentioned in the Bloomberg article, 2018 rates were used ($0.06/lb on cotton and $0.86/bu on sorghum). If these payment rates change -i.e., corn receives a higher rate and soybeans lower, then the county estimates will change. Additionally, it is possible that USDA won’t even release a per commodity payment rate, but instead, just report county level payment rates.  Our assumption is that something like the rates above will drive the determination of the county level payment rates, this may not prove to be accurate.

Second, the purpose of Figure 3 is to illustrate the potential for wide payment variations, not to provide specific county-level estimates. Again, we don’t actually know what the USDA payment rates are going to be, so these estimates are just that. If the USDA would announce their metrics, we could take most of the guesswork out of the estimates, but so far that is not the case.

Based on our calculations and assumptions, the counties with the potential for the largest MFP crop payments in 2019 are in the Delta region. Keep in mind soybeans are a large share of production (2018), along with the other high per-acre payment crop of cotton.

Outside of the Delta, the largest payment rates across the Midwest will be in the heart of the Corn Belt. In these areas, soybeans are driving most of the payment math while corn is pulling the weighted average lower.

Even within the I-States, county payment rates are likely to slip lower in the northern-tiered counties.

Outside of the Corn Belt, payment rates drop quickly. Consider how much variation states like Nebraska and Kansas have as you move west. This is a case where national- or even state-level- averages will be hard to interpret.

While we wait for the USDA to announce the county-level MFP payment rates – which could come at any time- producers are left to guess what potential 2019 payments might be. We’ve heard many float the idea of a $50 per acre payments.

For a national average, MFP crop payments will come in well below this level. The math just doesn’t support such large payments given the size of 2019 MFP payment funds (the size of the pie) and the number of commodities that will have claims for payments (the number of slices).  However, some counties will likely have much higher rates than $50/acre, and some much lower.

Based on 2018 payment rates and what we know about 2019, soybeans will again drive a large share of 2019 payments. Counties and regions that have traditionally had a large share of their acres planted to soybeans will likely see larger payments. Conversely, counties and regions where soybeans are a minor crop will see significantly smaller payments. States like Kansas and Nebraska will likely see wide variations in payment rates as you move across the state.

Putting this all together, the biggest story about MFP 2019 might be the wide variation of county payments rates. While large payments, say greater than $50 per acre, will likely be possible in some counties and regions, but most producers will see significantly smaller payment rates.

Once the USDA releases these county-level rates, producers can begin to update their budgets. Of course, the next uncertainty will be around the second and third payments. Specifically, how and when will the USDA determine and announce if these payments will be made.