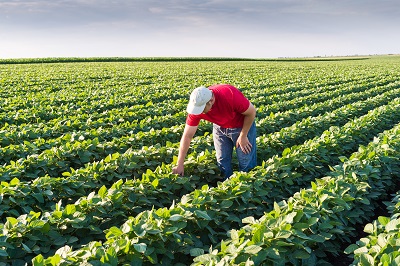 Figure 1 shows the reported U.S. average soybean yield since 1960. The data series also include a trend line that shows U.S. average soybean yields have increased at an average annualized rate of 0.44 bushels per acre per year [1]. As discussed with corn, this upward trend makes it hard to compare historic yields over a few years. This is why detrended yields are valuable when thinking about the possible range of outcomes for a given year.

Table 1 shows the data presented in Figure 1, but in a table format. Specifically, the USDA reported yield, each year’s trend yield (the corresponding trend line yield), and the departure from trend (reported yield ess trend yield) are shown.

While historical data are interesting, it’s the implications for 2019 that are most relevant. First, using the detrended yield data since 1960, the first benchmark to keep in mind is that the trend average yield for 2019 is 47.3 bushels per acre.

The second notable point is that the range of historic yield deviations ranges from nearly 7 bushels below trend to 6 bushels above trend. Admittedly there is nothing to say these upper and lower levels cannot be exceeded, but it’s the range of deviations observed in the past.

The July USDA WASDE report had a soybean yield forecast of 48.5 bushels per acre. This is down from 51.6 bushels initially estimated in the May WASDE report. Using the detrended yield data shown in Table 2, one can notice that the current soybean yield forecast is on the high end of the historical range. Specifically, a final yield of 48.5 would be the 21st highest yields over the last 60 years, or at the 65th percentile. This is to say that while it’s an above-trend yield, it’s still a long way from a record-breaking yield.

Table 2 is also interesting to consider when thinking about the prospects of 2019 soybean yields of 50 bushels per acres or higher. Yield departures from trend over the last three years- 2016 (+5.9), 2017 (+2.8), and 2018 (+4.7)- would all equal a 2019 yield of 50 bushels per acre or higher. While such a yield has been very common in recent memory, these are actually quite rare historically speaking. Since 1960, a yield departure significant enough to equal 50+ bushels in 2019 has occurred five times out of 59 years, or 8.5% of the time. This is not to say a 50+ yield isn’t possible in 2019, it is, however, worth considering how infrequent such yield departures have been.

Are Low Yields Catching Up?

Like the 2019 Corn Yield Guide, this week considers the idea of low yields catching up in a way that limits downside risks. The idea, again, is that a repeat of, for example, 2012 (4.3 bushels below trend) would not have as large of an impact in 2019 given significant strides in technology.

Figure 2 is a way of considering this idea. The data in Table 2 was split into three categories based on departures from trend- the lowest 25% of yields, the middle 50%, and the highest 25%. Then, a trend line was drawn for the highest and lowest categories.

For soybeans, the slope of the trend line for the lowest (0.46) and highest yields (0.47) were very similar. Furthermore, these slopes were mostly similar to the slope of all 59 years of data, 0.44 (Figure 1). The implications are that yields across the highest and lowest soybeans have been mostly the same over time.

An interesting observation from Figure 2 is how the lowest 25% of historic yields are distributed over time. Consider the lowest 25% (the blue dots) aren’t observed in the 1960s and early 1970s. Similarly, there has not been a blue dot since 2012 (6 years). Conversely, a highest 25% yield (the gray dots) were fairly rare in the 1980s (1 observation), 1990s (2 observations), and 2000s (1 observation). This, of course, is compared to five consecutive years of highest yields in recent memory.

In short, the argument that below-trend yields are improving at a significantly faster paced does not bear out with the methods and data considered in this post. The results are different from that observed with corn – which appears to have a yield drag for the lowest 25% of yields – but not a clear or obvious case of lowest yields catching up.

As corn and soybean yields begin to zero in, it’s valuable to keep some perspective on how yield forecasts fall into the range of historical observations. This can be difficult if one does not detrend historical yields.

The USDA’s current yield forecast is lower than in recent years but is still above trend based on a linear detrend of yield data since 1960. In fact, the earlier USDA yield forecast of 48.5 would be at the 65th percentile of historical yields.

For soybeans, the anecdotal story that the latest and greatest technology has limited the downside yield potential isn’t clear or obvious. An interesting observation from the data, however, was how the lowest 25% of yields were not found in some long periods – such as the late 1960s, early 1970s, and since 2012.

[1] A linear trend line was used for this post. It is worth noting, however, some have proposed a non-linear, quadratic trend for soybean yields. See this FarmDocDaily article for more: http://farmdocdaily.illinois.edu/2017/04/shift-in-soybean-acreage-national-yield-2017.html