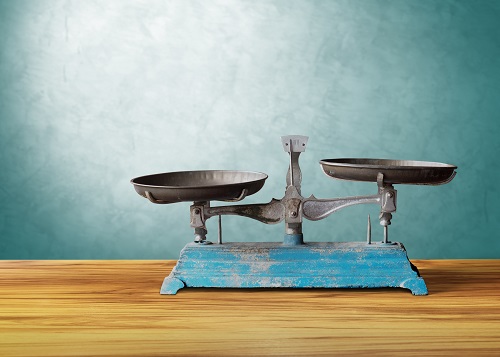 As producers begin to think about their 2018 Farm Bill election (ARC vs. PLC), it can be helpful to reflect on the 2014 Farm Bill and how those decisions played out. Specifically, which program- ARC-CO or PLC- had the highest payout? This week’s post considers county-level estimates for the corn, soybean, and wheat programs.

Before the results, it is important to note that the data come from the USDA’s FSA reports, Kansas State University’s AgManager.info estimates, and AEI calculation. Specifically, the comparison between ARC-CO and PLC requires an assumption of PLC yields at the county-level. As a reminder, the county-level payment rate for ARC-CO is the same for producers while for PLC it varies by field. This is to say the PLC data are an estimate and producer-specific results would vary.

Furthermore, for counties where the USDA splits production practices into irrigated and non-irrigated, these data report only the irrigated responses. Non-irrigated data are not presented in this post. For those who want to consider their farm-specific information, check out the K-State tool here.

For the 2014 Farm Bill election, which was a 5-year irrevocable decision, producers overwhelmingly selected the ARC-CO program. More precisely, 93% of corn base acres were enrolled in ARC-CO. The appeal of the ARC-CO program was the high benchmark revenue in the early years. This was driven by high reference prices given the design of the program. This set the stage for large potential ARC-CO payments in the early years, which we discussed in an earlier post.

ARC-CO had the largest advantage in counties on the periphery of the Corn Belt. In states like Ohio and Nebraska, the ARC-CO program had a 5-year advantage of more than $100 per acre. Similar results were observed in West Texas, the panhandle of Oklahoma, the Delta, and the Southeast.

In the heart of the Corn Belt, however, ARC-CO’s advantage wasn’t as clear. Several counties in Iowa would have received more total payments from the PLC program; sometimes with an advantage of more than $50 per acre. In Indiana, Illinois, and northern Missouri the results were similar.

Figure 2 shows the payment gap between the two programs for soybeans. Note that the scale is different from Figures 1 and 3. Also, keep in mind that no soybean PLC payments were made under the 2014 Farm Bill. This is to say that ARC-CO was the better choice for all counties, and figure 2 shows how large than advantage was.

Again, one the periphery of the Corn Belt is where the ARC-CO payments for soybeans were largest and, in turn, had the largest advantage over PLC.

Wheat producers were less confident about the ARC-CO program during the 2014 enrollment. The PLC reference price of $5.50 made PLC more attractive and, in response, only 56% of base wheat acres were enrolled in the ARC-CO program.

Figure 3 shows how ARC-CO and PLC played out for wheat. Keep in mind that large PLC payments were made on 2016 production when the MYA price of wheat fell to $3.89. Again, the scale has been adjusted to show variations for the range of wheat data.

The first observation is that ARC-CO payments exceeded PLC payments in only in a few counties (fewer than 5). As producers anticipated, PLC had much more appeal in wheat.

The advantage PLC had significantly varied across the U.S. In the Southern Plains, the advantage was mostly less than $50 per acre. Traveling north, PLC became more attractive as Western KS, Nebraska, and regions of South Dakota and North Dakota had counties with PLC advantages between $50 to $99 per acres.

Before jumping to the 2018 Farm Bill election decision, it can be helpful to revisit the 2014 decision and reflect on what can be learned. This week’s post is a high-level look at the 2014 Farm Bill results.

The results have been mixed. While ARC-CO was heavily preferred for corn, many parts of the country had relatively large yields that cut potential ARC-CO payments short. Counties with large yields in 2014, 2015, and 2016 saw the potential for larger total PLC payments. Many would be surprised to learn PLC paid more than ARC-CO in several Iowa and Illinois counties.

For soybeans, annual MYA prices never triggered a PLC payment. While this left ARC-CO the clear winner, but the advantage was not uniform. ARC-CO paid $25 per acre or less in many counties over the program’s five years, including in Illinois and Iowa.

The opposite was the case for wheat as PLC made the highest payments in most counties. However, the difference between ARC and PLC varied quite significantly across regions, such as the Great Plains.