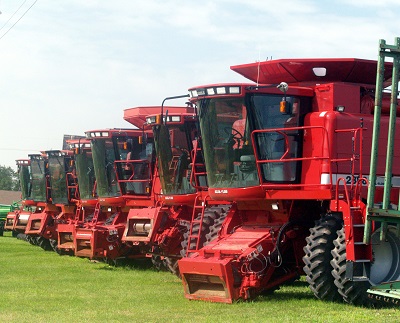 Farm debt has received increased attention in recent years. Over the last two decades, farm debt has trended higher – approaching levels last observed in the 1980s.  Even as farm income has turned higher, producers are still relying on higher levels of debt. Offsetting some of the challenges of high debt levels have been low-interest rates and interest expenses.  This week’s post considers another important trend in farm debt – longer repayment terms.

Figure 1 shows the annual average repayment terms on all non-real estate farm loans. Since the 2000s, this measure spent most of its time between 12 and 14 months. That said, two considerations are worth noting. First, notice the dip in repayment terms between 2008 and 2009. As the U.S. economy entered the Great Recession – fueled by the housing finance market- repayment terms sharply contracted. Specifically, average repayment terms fell from 13.8 in 2008 to slightly less than 11 months. Not only was the change significant, but it also swung from highs to lows in just a year. Repayment terms would not again exceed 14 months until 2012.

The second observation is that non-real estate loans have been termed out over more years over time, especially in recent years. This is a trend Brent first noted three years ago. In 2018, the average repayment term on all non-real estate loans was 15.4 months. This is the highest level observed in Figure 1. Furthermore, it is the highest annual observations noted in the data series, dating back to 1977 (not shown in Figure 1).

Plotting a trend-line in figure 1 from 2000 to 2018 (not shown) reveals that repayment terms increased at a rate of 1 month added every six years.

Digging into something more tangible, figure 2 shows average annual repayment terms for farm machinery and equipment loans. Again, the trend has been towards higher rates over time. In the early 2000s, loan terms were often around 25 months. Repayment terms reached more than 40 months in 2013 and 2015. Most recently, repayment terms have fallen to nearly 34 months in 2018. While this is lower than recent years, terms remain historically long. Again, these data have been tracked by the Kansas City Federal Reserve since 1977, and over the last 42 years only in 7 years (17% of the time) have farm machinery and equipment loans been termed over more months (33.9 months in 2018).

Another category of farm loans to consider are livestock loans. Figure 3 shows the average annual terms on “other livestock” loans. Specifically, these are livestock loans that are not for “feeder livestock,” such as feeder cattle. Consistent with earlier data, repayment terms have also extended over time. In 2018, this reached a high of 18.4 months. This is much higher than the average of 11.5 months between 2000 and 2010. In fact, stretching from 11.5 months to 18.4 is a 60% increase.

In recent years, the farm economy has relied upon higher debt. This was observed for farm machinery, livestock, and all non-real estate loans.

On the other hand, the extended debt terms leave producers “on the hook” for a longer period of time. For machinery and livestock, terms in 2018 were 10-12 months longer compared to 2000-2010. While the annual obligation is lower, the number of year obligated have increased.

A Closer Look at the U.S. Bacon…