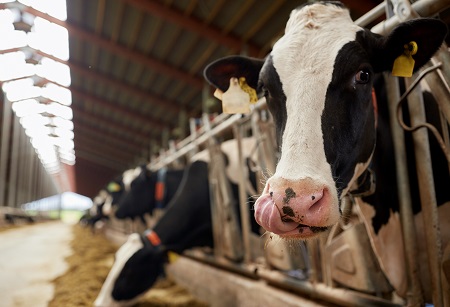 The recent bankruptcies of dairy processors Dean Foods and Borden Dairy highlighted challenges within the dairy industry. Downward trends in dairy consumption, mainly milk, was frequently cited as a significant factor. In light of all this, this week’s post is a look at U.S. dairy consumption trends.

Another bright spot for dairy has been cheese consumption (Figure 2). Since 1975, annual consumption has increased from 20 pounds per person to 40 pounds in 2018. The doubling in nearly 45 years is equal to a 1.7% average annual rate of increase.

Cheese is admittedly a broad category. Figure 3 breaks down 2018 U.S. cheese consumption. First, there are two major categories of cheese reported by the USDA: American cheese[1] (shown in shades of blue) and Italian cheeses (in shades of green). These two categories each accounted for 41% of the cheese consumed. Within the broad categories, mozzarella (32%) was the most popular, edging out the cheddar cheeses (30%).

Figure 4 shows the cheddar versus mozzarella battle since 1995. Before 2000, cheddars were the most popular. Since 2010, however, mozzarella has maintained the lead.

Perhaps the most cited U.S. consumer trend chart is the per capita consumption of fluid milk (figure 5). It is dramatic. Since 1975, Americans have reduced consumption by more than 40% (247 pounds in 1975 to 146 pounds in 2018). The decline is equal to a 1.2% average annual rate of decline. While that rate is not necessarily large, the persistence of the decline over nearly five decades is most significant.

Adding another layer to shifting consumer preferences, figure 6 shows annual fluid milk sales of the four largest categories. Before 2009, the trend had been less whole milk, more 2% (especially before the 1990s), more 1%, and more skim milk (especially during the 1990s). However, over the last decade, these trends have flipped. Whole milk sales have turned higher for the first time in decades. Furthermore, sales of 2%, 1%, and skim milk have all contracted.

While consumption trends have varied across specific dairy products, it is worth considering overall, total dairy consumption. In figure 9, the total per capita dairy consumption of dairy, on a milk-fat milk-equivalent basis, is shown. These data account for the milk-fat content of each dairy products and provides a measure of how many total pounds of milk (based on milk-fat) are consumed. In other words, this measure is a way of aggregating up dairy consumption across all products (butter, yogurt, etc.).

Total per capita dairy consumption in the U.S. can vary from year to year, but since the mid-1990s, the trend has been higher. Although consumption has plateaued in recent years, consumption in 2018, the most recent data point, is the highest since 1975.

Trends come in all shapes and forms. In some cases, trends can be easily overlooked because they are slow rates of change that play out over decades. On the other hand, consumption trends can also abruptly change. Yogurt is an example of both; decades of momentum suddenly contracting.