The Squeeze in Agriculture 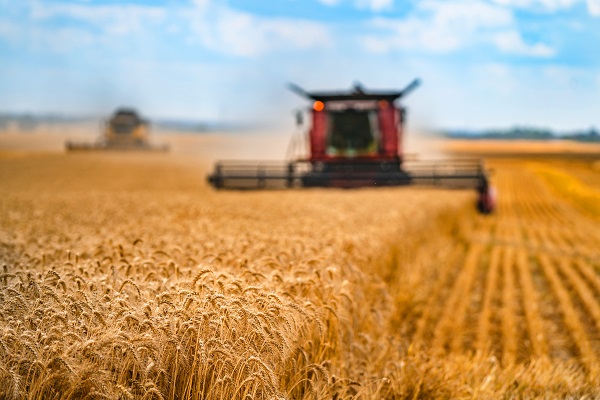 The following is a condensed version of an article that appeared in AEI Premium May 7. To get the latest content start your free trial here.

The last decade has been a roller coaster ride for commodity prices, with most commodity prices starting 2020 at 2010 levels. This means that any revenue differences between today and 2010 are basically dependent upon increased productivity. The only problem with that is that increased productivity comes at a cost (usually higher prices for inputs).

Looking broadly at the ag sector this is exactly what has happened. Figure 1 shows the monthly index (base 2011) for prices received and paid (commodities, services, interest, taxes, and wage rates) from 2010 to 2020. The chart goes a long way in explaining why times have been tough in agriculture. From 2010 to 2020 the index of all prices received increased 11.7% and prices paid increased 23.7%. During the first half of the decade, prices paid and received moved in tandem. Prices paid rose steadily into 2014 and have since been relatively flat. Prices received rose during the first half of the decade and then underwent a substantial deflation, falling 19% from the peak.

You might ask whether this situation – where input prices increase faster than output prices – is something that happens frequently in agriculture. Below is the annual series back to 1990. Here, we can see that input prices and output prices moved together throughout much of the 2000s. In the last 30 years, today’s spread is the biggest divergence seen. In other words, outputs prices have fallen a lot relative to input price levels.

Have Productivity Increases Been Enough?

The obvious question is whether the productivity (yield gains) has been enough to keep margins positive for farmers despite these adverse price movements. Unfortunately, this is not the case for many commodities. Take corn for example. USDA’s estimates of the cost of production per bushel (blue bar) and price received per bushel (red bar) are shown in Figure 3. For 2020 we used a trend yield of 177 bushels per acre and a (probably optimistic) price of $3.60 per bushel. Since 2014 the costs of production have exceeded prices received. In other words, the last half of the decade has been a rough one for most corn farmers.

What Does it Mean?

One of the things that always comes up when talking about inflation or deflation is the impact on debt holders or borrowers. Inflation tends to favor borrowers allowing them to pay back debt with inflated dollars, while the opposite is true with deflation. For agriculture, the key problem is that the last decade saw a large increase in borrowings. From 2010 to 2020 the amount of debt in the farm sector has expanded from $279 billion to $425 billion. This debt will be paid back with commodities whose prices are roughly the same as those that serviced the debt in 2010. It wouldn’t be surprising if there are difficulties.

The recent output price deflation in agriculture has been significant. Unfortunately, input prices have not experienced the same price trajectory. The net result is that many commodity producers find themselves in a situation where costs exceed revenues and have done so for a number of years. In the case of corn, even the yield gains of the last decade are not sufficient to offset the declining prices.

The fact that this situation has persisted for at least the last 6 years is putting a significant strain on budgets and financial conditions in agriculture. The situation is probably not sustainable much longer. So what changes?

There are a number of things that can adjust, but here are a few of the most likely candidates. First, costs associated with farmland should eventually adjust lower. Farmland is the residual claimant to the returns of agriculture. When those claims fall, prices (rents and land values) should eventually adjust lower. Farmland values are also influenced by interest rates which have fallen significantly over the last 10 years. This has moderated some of the potential pressure on land values. How much longer that will last depends on what other changes work through the system.

Second, crop mixes will likely adjust. There are a couple of things that can happen here. Farmers may be able to find crops that have less negative economic situations or are less input-intensive (i.e., less fertilizer and crop protection required). However, at present this option appears pretty limited, so one shouldn’t expect large adjustments here.

Third, input prices such as fertilizer and crop protection will likely come under additional price pressure. Fertilizer is probably the most likely to change, but this depends a bit on how crop mixes, etc. adjust. The problem with all of these changes is that the 2020 crop mix and input set are largely determined. All of this is to say that for 2020 there aren’t many changes to make on the cost side of the equation.

Of course, we could receive some good news on the ag demand front, which would help to lift prices, but at this point, such news seems somewhat unlikely. Another option would be for a negative weather shock that reduces yields and lifts prices. Whether that happens is largely up to mother nature at this point. In other words, there aren’t many proactive things that can be done here either.

This leaves us with the last and probably most likely scenario for 2020, large government payments. Such payments are not guaranteed, but without them, the situation in agriculture will likely become quite dire. The biggest question in my mind is whether we will enter 2021 with the same or worse overall picture and what adjustments will be made at that point.

A Closer Look at the Demographics of…