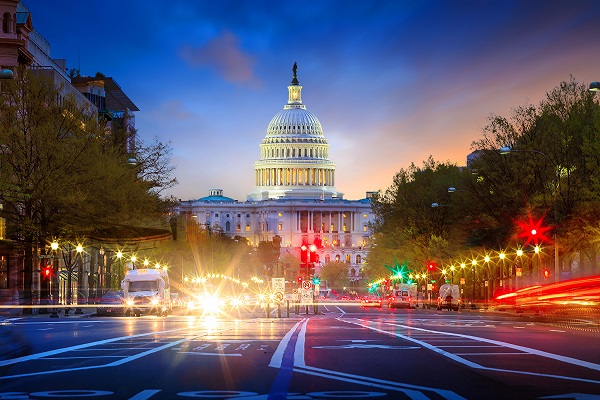 The following is a condensed version of an AEI Premium article, which includes references to the Ag Forecast Network (AFN) decision- tool. Not a subscriber yet? You can access the full story – and much more – by starting a free trial here.

With attention mostly focused on the growing season and the USDA’s next WASDE report, it feels like the issues most significant to the farm economy are unfolding at the policy level. While there is always a lineup of policy issues, conditions have aligned such that the current “watch list” is stacked with issues that will potentially impact the farm economy for years – if not decades – to come. For this week’s post, we’ve summarized our Fall 2020 Ag Policy Watch List.

Direct payments in 2020 are already set to be the highest in recent memory. Our back-of-the-envelope calculations are that direct payments, as of early August, are on pace to exceed $30 billion. This is up from $24 billion in 2019, and the $10-$15 billion range observed since 2005. While these payments are helpful, they are potentially not sufficient to cover the sharp downturn in the farm economy. Specifically, $3.6 billion came from 2019 MFP payments made in early 2020. Furthermore, the initial CFAP payments were primarily directed to livestock producers. At this point, there have been no payments for corn, soybean, wheat, or cotton production in 2020.

Will there be payments for 2020 crop production? It seems likely, but it is unclear if these will come from a new stimulus package, existing CCC program funds, or a combination.

If another round of funding comes through, all signs point to 2020 direct payment breaking all previous inflation-adjusted direct farm payment levels.

Following within AFN:
“What is the probability of direct farm payments in 2020 exceeding $40 billion, per the USDA’s February 2021 net farm income forecast?” (Current data here and background information here). (Go to AFN Question)

One of the most interesting pieces of legislation, at least in our opinion, is the Soil Health and Income Protection Program (SHIPP). This is essentially a supply management program for row crops and was included in the House-approved HEROES Act.

SHIPP first surfaced in the 2018 Farm Bill and was capped at 50,000 acres. The program functions similarly to the Conservation Reserve Program (CRP). Producers are be paid to plant enrolled acres to a low-cost perennial cover crop under a 3-5-year contract. In the HEROES Act, “Emergency SHIPP” would be expanded to 5 million acres and include several enhancements – including cost-sharing of establishment costs and frontloading of contract payments.

Following within AFN:
“What is the probability of the President signing legislation that expands the USDA’s SHIPP Pilot conservation program to include more than 50,000 total enrolled acres, on or before December 31, 2020?” (Background information available here). (Go to AFN Question)

Livestock market frustration reached new levels in 2020 as two events unfolded: the 2019 fire in a Kansas beef facility and COVID. This has given way for potential legislation to change how meatpackers price livestock.

In 1999, Congress passed the Livestock Mandatory Reporting (LMR) act to improve price and supply reporting. This legislation, renewed every five years, is set to expire on September 30, 2020.

All this led to Senators – including Chuck Grassley (R-IA) and Jon Tester (D-MT) – introducing legislation that mandates large packers to buy at least 50% of their weekly cattle purchases on the cash market. In 2016, it was estimated that only 26% of transactions occurred via a “cash market” transaction, down from 56% in 2005. All eyes will be on the 2020 reauthorization of the LMR act and a potential shift in the industry.

Following within AFN:
“What is the probability of the 2020 reauthorization of the Livestock Mandatory Reporting Act including new requirements for meat processing companies to buy a certain percentage of their total cattle purchases on the cash market?” (Background information available here) (Go to AFN question)

This summer, a federal court ruling vacated the labels for three dicamba herbicides: Engenia, FeXapan, and Xtedimax. Beyond the implications for the 2020 growing season, the ruling set off an uncertain path for all dicamba products headed in 2021.

The short of it is that all dicamba herbicides – Engienia, FeXapan, Tavium, and Xtendimax – were set to have their EPA registrations renewed given a December 2020 expiration. With the court vacating the labels for three products, the path for renewal is much less clear. Even with EPA approval, dicamba products in 2021 could face more restrictive labels, state-level limitations, and additional federal lawsuits.

Following within AFN:
“What is the probability of the dicamba herbicides Engenia, FeXapan, Tavium, and Xtendimax receiving a new EPA registration – per the EPA Pesticide Product and Label System Database – on or before March 1, 2021?” (Background information here) (Go to AFN question)

The whack-a-mole of ag policy issues over the last several years has been ethanol. Just as you think things are going one way, new issues pop up. First, there was Carl Icahn and the RINs. Then came the small refinery exemptions (SREs). While many expected the drama to subside after embattled EPA director Scott Pruitt resigned in July 2018, SREs lived on. Even after federal court rulings in 2020 limited SREs, a new loophole of backdating (or retroactively granting) waivers surfaced.

Beyond the politics of blending ethanol into gasoline, 2020 includes the challenges of less gasoline being consumed. While there were hopes for a sharp recovery, the recovery in gasoline consumption has stalled in recent weeks (AEI Premium article).

The outcomes of the November elections could change the power balance in D.C. As a result, the policy priorities and associated solutions (legislation, executive orders, regulations, etc.) could also shift. Consider the five issues above. Some of these will undoubtedly carry into 2021 and, in turn, could be resolved in a different political climate.

Following within AFN:
“What is the probability of Donald J. Trump being sworn in as President of the United States on January 20, 2021?” (Go to AFN question)

(Coming Soon) “What is the probability of Democrats winning control of the Senate as a result of the November 2020 elections?”

It’s worth offering a caveat. In times of considerable uncertainty, the likelihood of ‘unknown, unknown’ events increases; we don’t even know what we don’t know. The trio of 1) a six-year farm economy slowdown 2) the largest economic contraction since the Great Depression and 3) a global pandemic has stacked the deck in a way that many of us haven’t experienced in our careers.

To this point, consider where we are today concerning the first items on the watch list. Six months ago, expectations for direct payments in 2020 were $15 billion. We had also written a little about the possibility of a supply management program to stem swelling grain ending stocks, but it was just an idea – that people didn’t like! Today, there is a strong possibility of direct payments exceeding $40 billion (a record-breaking level), and a 5-million-acre crop supply management program has passed the House. This is all to say it is hard to imagine what we’ll be writing in our 2021 Ag Policy Watch List.

Finally, relations with China will be important to monitor. While progress towards Phase 1 commitment is relevant to U.S. agriculture, the U.S./China challenges are much bigger than purchases of ag products. The most pressing issue seems to pivot around the national security threat of TikTok (a social media platform).