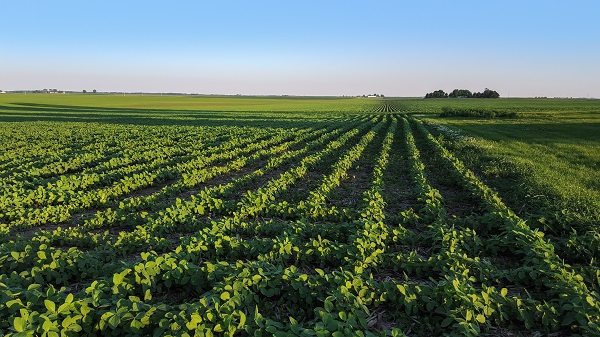 The USDA recently released their state-level estimates of cash rental rates. These estimates showed that cash rental rates were basically flat in 2020, as they have been for the last several years. This is not surprising given the struggles that the farm sector has experienced for the last half of the decade. At present cash rental rates are below the peak seen in the middle of the decade but well above levels at its beginning. One must wonder whether the significant government program payments that have supported cash rents in recent times will continue and, if they don’t, what will happen to rents.

The average cash rental rates for Illinois, Iowa, and Indiana from 2010 to 2020 are shown in Figure 1. For example, in Iowa, the cash rental rate peaked at $260 per acre before declining to $230 today. While we only show these three states, throughout much of the Cornbelt the pattern is similar. After a substantial increase in the first half of the decade, rental rates then fell and remained flat for several years. This is not surprising given the economic challenges facing the farm sector.

The moderation of the last several years has brought the average growth in rental rates during the decade down to reasonable levels. For most states, the overall change in cash rental rates over the decade has not been extreme. For instance, the average compound rate of growth for Iowa cash rents was 2.7%.

As you can see, the highest rates of growth have been seen in the Northern Great Plains, Great Lakes, and Western states such as California. States in the Southern Great Plains and Northwest have seen the slowest growth in cash rental rates. One might be a little surprised to see some of the Central Cornbelt states showing more modest growth rates.

When looking at the average cash rental rates across states it is important to note that these are estimates of the average across entire states. The cropland and rental markets within and across these states can vary substantially.

However, there are a couple of things that are notable about the results of USDA’s latest estimates of state average cash rental rates. First, 2020 marked the 4th year in which cash rental rates have been basically flat. This comes after a series of rapid increases in the first half of the decade. In other words, the rental market has basically followed the arc of the national farm economy over this period.

That rents have not declined more from their peak is most likely a function of the substantial amounts of government program payments that have been made in recent years. These payments have likely smoothed some of the bumps in the road for the cash rental market.

Moving forward it is important to keep in mind that a substantial portion of the government support has been supplied through ad hoc payments. If these payments were to stop and farm incomes were not to improve it is highly likely that the rental market would be in for another transition.

What’s the Deal with Cost per Bushel?