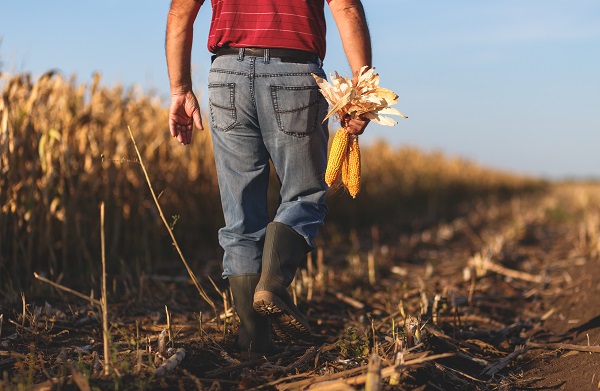 This Fall, the U.S. corn and soybean crops have faced several late growing season challenges. Even before the August WASDE report was published, the Iowa derecho created several questions about the potential impacts. Furthermore, there has also been dryness in recent weeks.

With this in mind, this week’s post reviews USDA yield forecasts and historical errors.

Figure 1 shows the error in forecasted yields since 2000. More specifically, the measurement shows the difference between the forecasted yield and the final. For example, 2012 stands given the final yield came in well below trend and the early May WASDE estimate. Another “big year” is 2004, when final yields came in well above trend, and initial estimates were too small.

By August, the size of the crop begins to come into view and the errors start to shrink. That said, the August – and even September – estimates are far from perfect. Since 2000, the August forecast was off by +/- 10 bushels twice (10% of observations), and by +/- 5 bushels six times (30% of observations). While the August WASDE is improved, significant yield uncertainty remains with early Fall estimates.

While accuracy improves through November, the errors remain larger than most might expect. For example, the November estimate misses the final yield by more than 2 bushels per acre about 25% of the time. On the one hand, this is not surprising as 2 bushels are equal to 1.1% of a 180-bushel crop. On the other hand, it a bit surprising given how the market – especially later in the season – would react to a 2-bushel swing.

Similarly, figure 2 shows the forecast errors for soybeans. Unlike corn, significant errors persist through the August yield estimates. While August is an important month for the soybean growing season, the surprise here is that the August yield forecasts are arguably not much better than the trend or early May WASDE estimates.

The soybean estimates dial-in starting in September, followed by significant improvements in October and November. That said, final yields have been +/- 1 bushel of the November forecast twice, or 10% of the observations, and +/- 0.5 bushels 35% of the time.

In general, there is probably more variability – or less certainty – with early yield forecasts than many would expect. Over the next several months, the USDA’s yield forecasts will zero-in on the final estimate, but don’t get caught off-guard by the possibility of large revisions. History suggests that even the September forecasts could miss the final yield by several bushels.

In summary, the goal here isn’t to highlight shortcomings of the USDA’s forecasts but to help us become better users and consumers of the estimates.

We’ve seen the term “monster crop” used to describe the USDA’s August corn yield estimate of 181.8. While a catchy phrase, the reference is to point out that 181.8 bushels per acres would be the largest reported U.S. corn yield. However, sizing-up a crop this way ignores the upward trend in yields. Using a “departure from trend” method shows the 181.8 yield is in the 68th percentile. In other words, the 2020 crop is larger than 68% of the yield since the late 30 years, but not an outlier. Since 1988, there have been ten crops larger than the current. (A monster corn yield in 2020 would need to exceed 190, and probably 195.)

The August soybean yield forecast of 53.5 bushels per acres, however, is much more interesting as it is 3.9 bushels above trend. Measured as a ‘departure from trend,’ the August would be the 3rd largest yield in 32 years of data or the 91st percentile.