The Most Interesting Chart in 2020: U.S. Gasoline Consumption 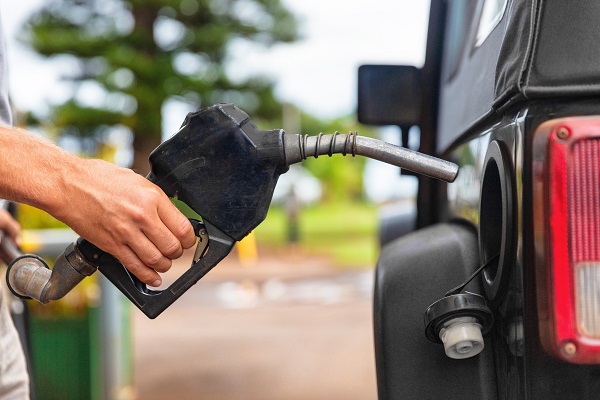 Decades from now, observers will reflect on key statistics, such as unemployment and GDP, and note how numerous conditions in 2020 hit unfavorable records. In a year full of extremes, this week’s post reviews what we consider to be the most interesting – and insightful – chart of 2020: U.S. gasoline consumption.

Each week the U.S. Energy Information Administration (EIA) reports the amount of motor gasoline supplied. This measure is informally referred to as “gasoline consumption,” as it is an implied measure of consumption.

Figure 1 shows the weekly data for 2020 (in yellow), along with the five-year weekly range (in blue), and the five-year weekly average (in gray). Off to a strong start, weekly gasoline consumption during the week of March 13 was 9.7 million barrels per day, a record level of activity that week. However, the wheels quickly came off as the pandemic spread and social distancing measure went into effect. Within three weeks, implied gasoline consumption fell to 5.0 million barrels per day, the lowest level of activity for that week in 29 years.

Consumption began to recover in late April before stalling around 8.7 million barrels per day in late June and July. Why Gasoline Consumption is Relevant in 2020

While versions of Figure 1 have been widely circulated in recent months, it is essential to consider why these data are so relevant. First, the data are very timely and robust. There are not many publicly available, economy-wide data series reported weekly since 1991. Additionally, the data are reported within a few days of the week ending.

Second, the nature of the pandemic and social distancing makes weekly gasoline consumption a valuable proxy measure of economic and social activity.

Finally, gasoline consumption data is relevant to ethanol blending, ethanol production, and corn usage. Ethanol can only be blended into the gallons of gasoline consumed.

In short, there aren’t a lot of weekly data series that provide insights into the U.S. economy and usage of corn.

Figure 2 plots the consensus average of users for these two questions. From Figure 1, you can see that gasoline consumption did exceed 9 million barrels per day in mid-August. Still, that observation turned out to be a bit of an anomaly as consumption retreated in the subsequent weeks. This is an “always learning” moment for users as the outcome was heavily affected by the luck of a single observation late in the forecast period. That said, what can we learn?

First, the much-hoped-for V-shape recovery has failed to materialize. Second, gasoline consumption has mostly stabilized around 8.7 million barrels per day since June. Finally, the gasoline-related headwind for ethanol and corn usage will continue into the 2020/2021 marketing year.

Second, Figure 4 shows that gasoline consumption in recent weeks has been equal to nearly 90% of the five-year average. More specifically, the average for the last four weeks was 92%. Given the extent of social distancing, weekly implied gasoline consumption has been an insightful metric. In addition to a proxy measure of economic and social activity, the measure also provides insights into the ethanol production and corn usage unknowns in agriculture.

While consumption has recovered significantly from the March lows, the recovery has been stalled around 90% of the five-year average. The implications are that 1) the V-Shaped economic recovery did not materialize, 2) economic and social activity remains sluggish, and 3) the 2020/2021 corn marketing year will be affected, in some manner, by reduced gasoline consumption and associated ethanol usage. While the worst may very well be behind us, it’s a very open question about how gasoline consumption – and the economic recovery – will unfold over the next 12-18 months. As seen in figure 3, the last economic contraction – The Great Recession – corresponded with a multi-year contraction in U.S. gasoline consumption.

Channeling the World’s Most Interesting Man, we’ll leave you with this: “stay curious, my friends.”

7 Overlooked Insights from the USDA’s Farm…