PLC and Too Few Bushels 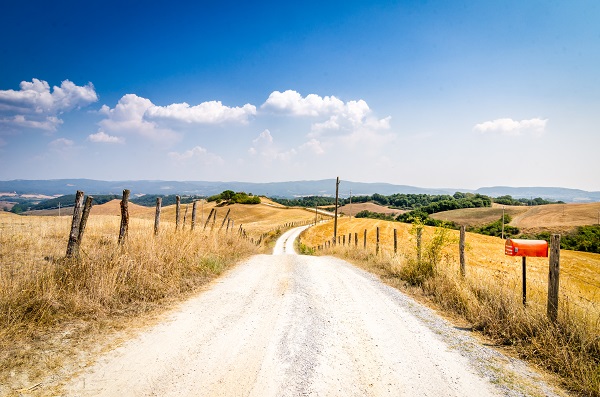 This Fall, producers will receive ARC/PLC payments under the 2018 Farm Bill for 2019 production. PLC was the popular choice for corn producers, with 76% of base acres electing the program. Furthermore, we now know a 14 cent corn PLC payment is on the way. This week’s post steps back and considers a troubling feature with the PLC program: too few bushels.

To illustrate the challenge with bushels (and production) paid under PLC, we will use a hypothetical Nebraskan farm. In figure 1, corn yields are shown since 2005.

The first thing to note is PLC yields are based on FSA farm-level data. As such, each FSA-defined farm has a different set of yield data. You can read more about PLC yields and review the K-State decision tool here.

2018 Farm Bill allowed producers the option to update their PLC yields. The idea here was that some producers had poor crops during the first timeframe (2008 – 2012), so a second yield window was allowed (2013 – 2017). Of course, yields trend higher over time, so a detrend factor (0.9 for corn) was used the make the two timeframes roughly equal terms. There was quite a bit of math involved (see tool linked above), but the producer’s decision was easy: elect to update if the new calculated PLC yield is higher.

In the shuffle of updating PLC yields, the more significant issue, at least in our minds, was overlooked: PLC yields are, by design, held at low levels. The update process removed some of the “bad luck” associated yield timeframes, but the process kept yields at 2008-2012 levels.

In reviewing the optional PLC yield update, producers would consider the second timeframe of 2013-2017. The average harvested yield was 181.0. That yield is adjusted by the detrend factor (0.9 for corn) to rollback to 2008-2012 levels. The corn yield would then be multiplied by another 90% (per the 2014 Farm Bill PLC adjustment) for a PLC yield of 146.6. With that, the example farm would elect to update the PLC yield.

If you prefer to think about the dilution in the other direction, the 14-cent payment for 2020 production would be effectively 8.8 cents across all bushels.

While the magnitude will vary for each farm, PLC payments are diluted in three ways: 1) yields are being “rolled back” to 2008-2012 levels 2) for corn, the PLC yields are 90% of observed levels, and 3) payments are made on only 85% of base acres. Yield rollback has unfolded in an inflationary-like manner. At the outset of the 2014 Farm Bill, this wasn’t quite as noticeable. Now, however, the rollbacks are approaching a decade’s worth. A simple linear trend of corn yields reveals the national yields increase by 2.2 bushels per acre per year.

In recent months, we have sensed a disconnect in understanding how the PLC program works. Comments along the lines of, “Well, farmers will be getting a 14-cent PLC payment…” indirectly imply the program works like LDP payments of the past. This isn’t the case. PLC payments are decoupled from actual annual production. Furthermore, PLC covered is less than what most producers might expect, even under average yields. In the simple example, we found the program would pay on around 63% of expected bushels.

With each year that passes, the PLC program provides less effective coverage. This post has focused on corn, but the challenges exist for all PLC crop. One has to wonder how this might be addressed in the next Farm Bill, assuming the ARC and PLC programs continue.

Finally, a big thanks to John K. in Nebraska for challenging our thinking on this.

7 Overlooked Insights from the USDA’s Farm…