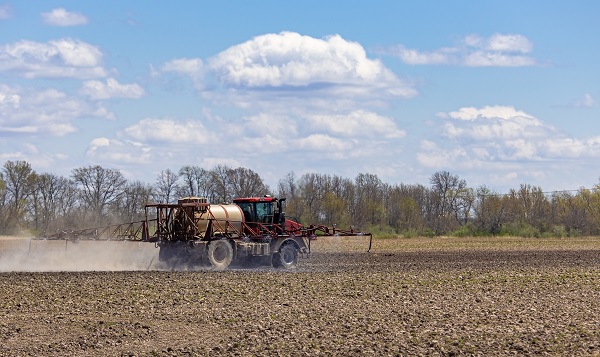 The following is a condensed version of AEI Premium content. The longer version of this post can be found here. Not a subscriber yet? Get started with a free trial.

While the headline “fertilizer prices turn lower” has become familiar in recent years, it’s important to dig into the details and subtleties. This week’s post reviews the latest prices, trends, and farm-level implications.

The USDA reports average farm-level fertilizer prices for the state of Illinois. This is an incredibly valuable dataset that spans back several years, which allows for helpful context.

Overall, fertilizer prices have turned lower in recent weeks, which is significant because Spring prices were already low. Figure 1 shows current fertilizer prices (average of September and October) compared to last Spring (the average of April and May). Anhydrous ammonia prices have contracted the most, down 14%, while other nitrogen sources – urea and 28% liquid – are down roughly 9%. Also, lower is potash, down nearly 9%. The only fertilizer that has turned higher is DAP, which is 4% higher.

Figure 2 shows a longer-run price trend for anhydrous ammonia, DAP, and potash. Overall, fertilizer prices peaked between 2012 and 2014, before trending lower. Current prices are near their lowest levels in a decade. For example, while current DAP prices are 4% above Spring 2020 prices, the uptick is from 10-year lows. For most producers, the per-acre expense of fertilizer is the most relevant metric. Figure 3 shows the estimated expense for a corn fertilizer rate of 180-70-70. This Spring, the expense – using anhydrous ammonia – was an estimated $99 per acre. This was down from $120 in the Spring of 2019 and the lowest levels since 2010. While the price ratios can move considerably, there two points to consider. First, urea prices are at historically high levels relative to anhydrous ammonia. Only a few times in the past decade has the ratio approached 1.50. Second, the urea/nh3 price ratio has spent most of the last three years above the long-term average.

Figure 5 shows the relative price ratio for liquid 28% and anhydrous ammonia. The average price ratio is 1.36 and has recently jumped to 1.48. The current levels are not approaching historic highs above average, and this ratio has exceeded 1.60 twice since 2017.

Producers who can consider alternative nitrogen fertilizer sources should carefully consider the relative prices as they prepare for 2021. Finally, keep in mind relative prices that can adjust from a combination of factors. For example, the urea/nh3 ratio can revert toward the average from a combination of lower urea or higher anhydrous ammonia prices. Finally, another data series reported from the Illinois data is farm diesel fuel prices (Figure 6). Throughout 2019, the price of farm diesel was mostly $2.50 per gallon. Prices dropped significantly in early 2020, and prices over the last eight weeks have averaged 1.65 per gallon. Other than a brief dip to $1.50 per gallon in early 2016, farm diesel prices have not been lower over the past decade. Further to that point, prices are well below the $3.50 level common from 2011- 2014. As producers begin to plan and prepare for 2021, another year of lower fertilizer and diesel prices seem possible. While a lot can happen over the winter months, the current reality is that prices are near the ten-year lows. Current fertilizer prices translate into a fertilizer expense below the Spring 2020 level, which were already the lowest in a decade.

Not only are fertilizer prices low, but they are also significantly below the highs of just 5 to 10 years ago. For example, the example fertilizer expense exceeded $140 per acre for five straight years.

Finally, producers should consider the price of alternative fertilizers when feasible. For example, anhydrous ammonia prices are considerably lower than urea and liquid 28% on a relative basis. Even in an overall favorable market, opportunities could still exist.

The AEI Premium version of this article – which includes insights about where prices may be heading – can be found here.