The 2020 Agricultural Year in Review 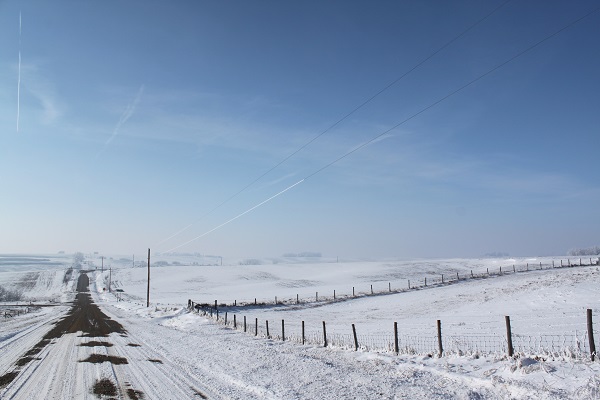 For all the jokes and snickers about 20/20 vision in the year 2020, it seems nobody had much foresight about the year that’s mostly behind us. One of the hard things about a year like 2020 is that you can forget all that took place. With that in mind, we submit our 2020 agricultural year in review.

After some scary stories, videos, and lots of rumors of a new virus in China, it hit the world in a big way. Remember those videos of hospitals springing up in China, empty streets in China, and disinfection trucks? Next, Italy was hit hard, and the world shut down.

More than 18 months after China hit U.S. soybeans with tariffs, trade war tensions eased with the signing of the Phase 1 Trade Agreement in January. Attention quickly shifted to whether China would meet the ag purchase targets, which seemed like a low probability event. However, the big-picture story was undoubtedly positive: China was back as a major buyer.

The signing of the Phase 1 Trade Agreement went largely unnoticed by commodity markets. By spring planting, however, the combination of COVID jitters, ethanol plant shutdowns, and the prospective planting reports of 97 million acres of corn proved too burdensome and prices crashed. The upside is fresh in our memories; smaller crop, strong usage, and tightening supplies did the trick for a strong finish in commodity markets. Especially soybeans.

The peak of concerns about commodity markets came in late April as the West Texas Intermediate contract briefly traded negative. There was a combination of factors at play, including a prolonged OPEC squabble about who’d cut oil production in light of the economic shutdowns, but the memory will stay with us for years. We never thought we’d write an article outlining six reasons ag commodities are different from oil when it comes to prices and going negative, but we did.

U.S. (and Global) Economies Seize Up

Efforts to slow the spread of COVID – especially in those early months of exponential growth – led global economies to lock-up. This resulted in literal “off the chart” changes in GDP, unemployment rates, and gasoline consumption. It wasn’t all contraction, consumers couldn’t find enough toilet paper, backyard swimming pools, and bikes.

From lower interest rates and the Fed asset buying to checks in the mail, PPP loans, and unemployment benefits, the government and Federal Reserve took large and unprecedented steps to shore up the economy during the early months of the contraction. It’s rare that policymakers know so quickly that the economy is contracting. Looking ahead, deficit spending and the national debt – which will also approach “off the chart” levels – will be on policymakers’ minds for years to come. The ultimate effect of many of these decisions will be felt for years.

In the shadow of 2019’s monster prevented planting acreage, 2020’s story went largely unnoticed. However, it was the second-largest prevent plant in recent history. Another slice of the data: the U.S. planted 5.8 fewer acres of corn and soybeans in 2020 than in 2018.

A summer court ruling left soybean producers (and suppliers and retailers) scrambling as three dicamba products lost their label and could not be used. The EPA has since approved modified labels for most dicamba products, but you have to wonder what’s next.

The USDA’s August WASDE report – which turned out to be the highest corn yield estimate of the growing season – was largely overshadowed by the nasty derecho in Iowa. While it’s debatable how significant the effect was on a 91-million-acre crop, it was absolutely devastating for those in the path.

It’s hard to overstate how dramatically the farm economy has improved since August. Just as USDA officials were finalizing the details of CFAP2 payments, commodity prices rebounded as the outlook and sentiment soared. Oh, and interest rates remain near career level lows for most of us. The data aren’t available yet, but it seems like farm equipment, farmland rental, and farmland values will close out the year with a lot of enthusiasm.

Every presidential election is suspenseful and important, but 2020 will stand out in our memories. Just think back, the Democratic primaries took place as shutdowns ramped up, campaign events were altered by COVID, President Trump tested positive after the first debate, the close vote counts in multiple states, and the Georgia Senate run-off that won’t clear up the questions of Senate majority until January. It was truly a wild election. (Our pre-election memo titled “Political Reality” is still relevant.)

Elections and retirements mean the House and Senate Ag committees will have new leadership in the coming year. In a twist that only 2020 could have dealt with, the most familiar face in D.C. will be Tom Vilsack’s return as Secretary of Agriculture.

To end the list on a positive note, 2020 is winding down with optimism about the potential for COVID vaccines. This seemed like forever away last Spring, but science reached for a high-gear and has covered a lot of ground.

Other points notable – Yes, we had a lot of crazy stuff in 2020, here are a few things we left out of the original list.

Iran and the U.S.

In early January, tensions in the Middle East ran high after the U.S. and Iran traded punches. This reached a fever’s pitch after the U.S. killed a high-ranking Iranian general during a drone strike. Then things seemed to settle down until a top Iranian nuclear scientist was killed toward the end of 2020.

The Year of Flying Mysteries?

First, it was those mystery drone squadrons flying around in Colorado and Nebraska. Did we ever get that cleared up? Then the Pentagon released those UFO videos. Then came this summer’s reporting that suggested either adversaries were making “technological leap(s)” or aliens were crashing. These would seem to be big stories in any other year but in this year they just kind of “flew under the radar.”

In May, we turned a page and launched AEI Premium, which includes even more content and access to the Ag Forecast Network decision tool.

“How does today’s farm economy compare to the 1980s?” It’s a question we get asked all the time. Brent and David teamed up with Sarah Mock to launch a 7-episode podcast called “Escaping 1980” to dig into the details and lessons we can apply to our thinking in 2020.

All in all, 2020 was chock full of a lot of drama, uncertainty, and anxiety. It’s hard to believe that it will go down as one of the better financial years in the U.S. ag sector. As we move forward, we think it’s important to continue to remain curious, improve our decision making, and cultivate our thinking. If you agree you should try AEI premium in 2021.