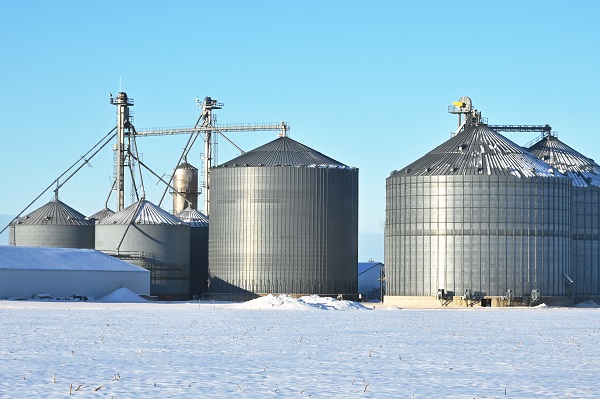 The tight U.S. grain ending stocks situation will be an important ag story in 2021. With that in mind, this week’s post considers the trends in U.S. corn, wheat, and soybean ending stocks.

Not only have corn ending stocks trended lower in recent years, the production hiccups in 2019 and 2020 – namely prevent plant – have also trimmed early expectations. In Figure 1, the first USDA projections for 2019/2020 and 2020/2021 marketing years are shown in orange. This is not a comment about accuracy, but a reflection on how significantly the situation has changed.

Finally, Figure 3 shows the wheat situation, which has also improved in recent years. Most notable, however, is that current wheat stocks – at 40.8% of use – remain above the average of 35.6%.

In Escaping 1980 – the seven-episode podcast we released about the Farm Financial Crisis – we noted the Great Grain Robbery that fueled the boom and crushing grain stocks that contributed to the bust.

Figure 4 shows U.S. corn ending stocks to use ratio since 1960. It was in 1972 that the Soviets “stole the wheat crop.” What stands out is that stocks trended lower throughout the 1960s before reaching extreme lows in the early 1970s, falling below 10%. After the shock, inventories grew throughout the 1970s and by the late 1980s exceeded 60% of use. In 2020 terms, a stocks-to-use ratio above 60% for corn would be equal to nearly 9 billion bushels of carryout. Less scientifically speaking, that would be equivalent to a lot of corn piles.

If you’re curious about the dip in stocks in the early 1980s, this coincided with the PIK program in 1983 – which idled tens of millions of acres – and a growing seasons drought.

Figure 5 shows the data for wheat. The story is very similar to corn as stocks in the early 1970s hit historic lows before reaching highs in the mid-1980s. For wheat, stocks nearly reached 100% of use during the 1986/1987 marketing year.

As stocks move towards extremes – highs or lows – it’s common to see charts and graphs attempting to show how dire the situation is. Most of these, however, lack the necessary and helpful context. For example, a chart simply plotting five years of data is usually not sufficient.

Second, many current conversations seem to overlook how bearish the outlook was just months ago. However, events played out in a way that significantly improved the price outlook. This is to say the current reality was not a guaranteed outcome as factors – including unfavorable weather – helped set the stage.

Looking ahead, the current ending stock situation will become the “beginning stocks” for the crops harvested in 2021 as all eyes will be on acres and yields.